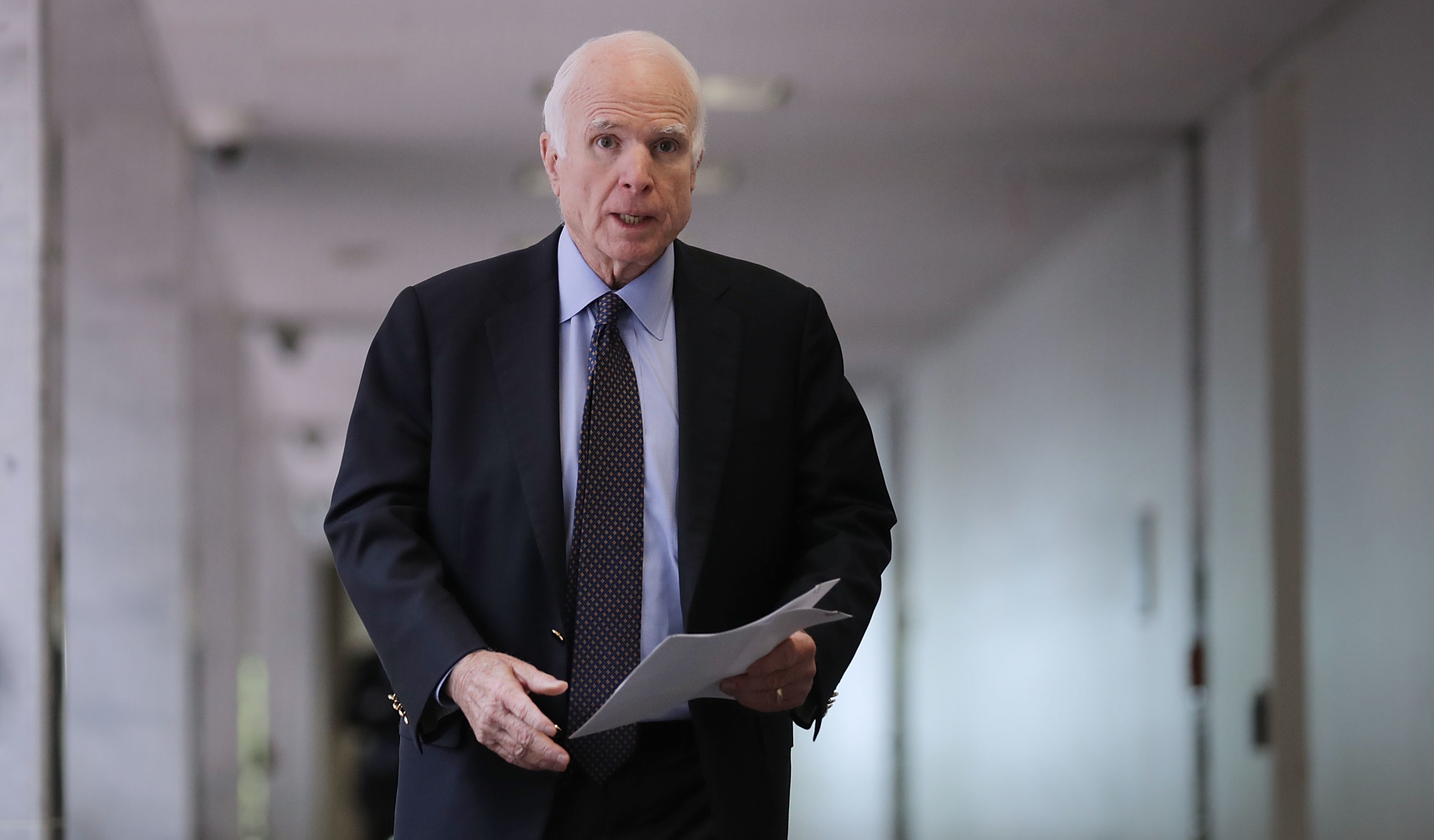 Shortly after being diagnosed with brain cancer, Sen. John McCain (R-AZ) flew back to Washington, DC, on Tuesday and voted to advance Republicans’ plan to repeal Obamacare.

Then he gave a speech from the Senate floor in which he criticized the Senate for not following “regular order,” urged senators to consider themselves the equals of the president, and said he wouldn’t vote for the health care bill as it stands now. (He did not say which of the several health care bills under consideration he opposed.)

McCain’s return, greeted by applause and an ovation by his Senate colleagues, proved crucial for preventing the immediate defeat of Republicans’ health care bill — which the Congressional Budget Office has estimated would cost tens of millions of people their health insurance.

In his speech, McCain announced his opposition to the bill “as it is today” and castigated the process of a bill drafted in secret. He also admitted his own flaws as a US senator. “Sometimes I’ve wanted to win more for the sake of winning than to achieve a contested policy,” he said.

McCain’s vote was pivotal as Republicans, who hold a 52-seat majority, scrambled to round up 50 votes on a motion to advance legislation to repeal Obamacare.

Standing in the well of the Senate with the surgical scar over his left eyebrow clearly visible, McCain urged his colleagues to “stop listening to the bombastic loudmouths” on radio, television and the Internet who rail against compromise. “To hell with them!” McCain said.

McCain’s announcement Monday that he would return for the vote added momentum to Republican efforts in the Senate following House Republicans’ passage of their bill in May.

“We all know Sen. McCain is a fighter,” said Majority Leader Mitch McConnell of Kentucky during a Senate floor speech Tuesday. “That’s evidenced by his remarkable life of public service, just as it’s again evidenced by his quick return to the Senate this afternoon.”

In this article:Cancer, John McCain, Obamacare, Senate, US