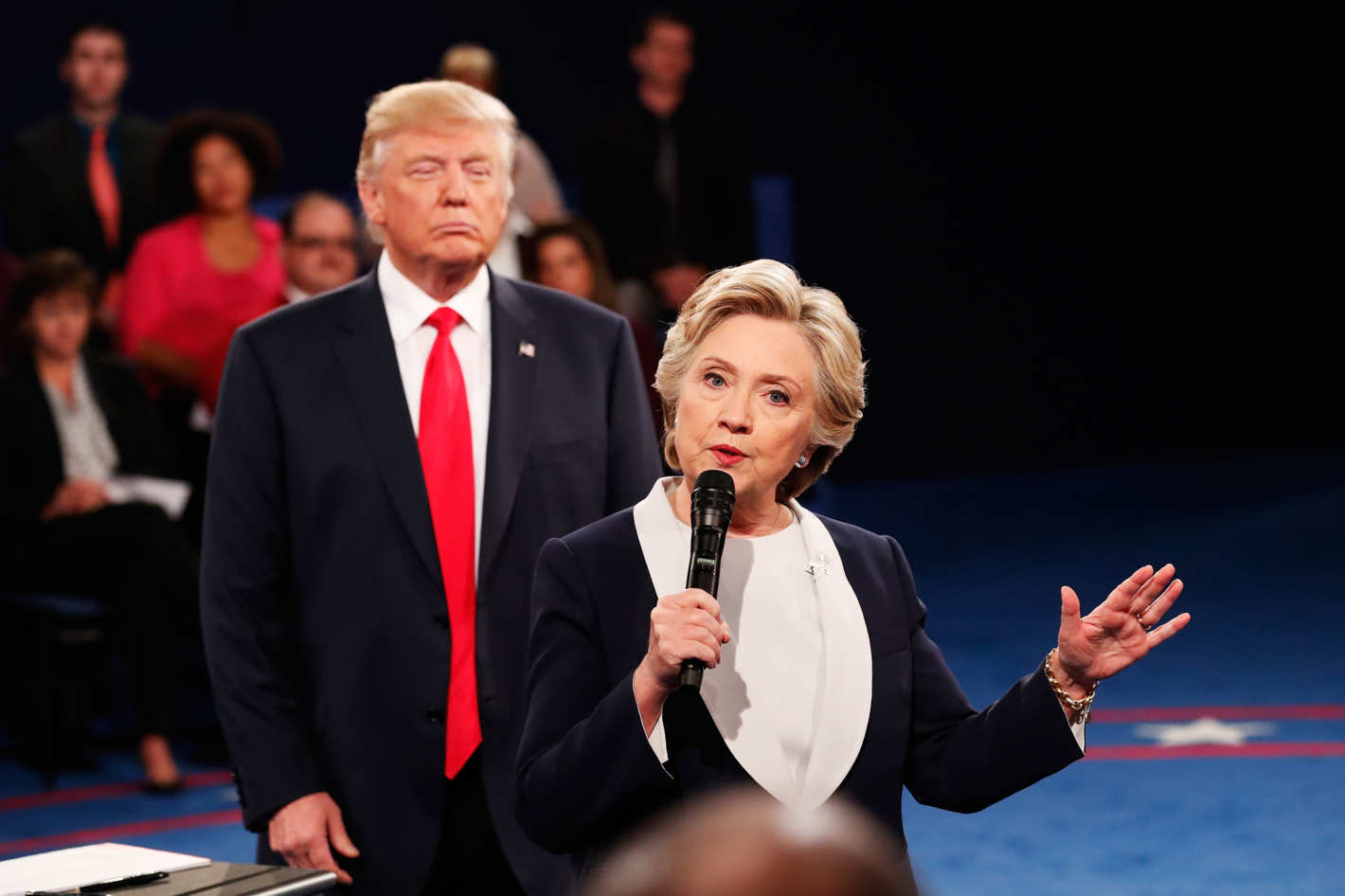 As Donald Trump’s campaign reels over tapes of the presidential candidate’s sexually aggressive comments about women in 2005, the Republican nominee now trails Hillary Clinton by double digits among likely voters, according to a new NBC News/Wall Street Journal poll.

The poll, conducted on Saturday and Sunday but before the second presidential debate, shows Clinton with 46 percent support among likely voters in a four-way matchup, compared to 35 percent for Trump.

And among all registered voters, Clinton’s lead is 13 points, her largest advantage over Trump since the poll began testing the pair last September.

As Republicans grapple with how to hold on to control of the House and Senate despite the Trump campaign’s woes, Democrats overall now have a seven-point advantage on the question of which party voters want to see in control of Congress.

Forty-nine percent of voters say they’d like to see Democrats in power on Capitol Hill, compared to 42 percent who chose the GOP.

Although voters overall are split over the impact of the 2005 tape of Trump describing kissing and touching women’s bodies without their consent, less than a quarter of Republicans say that the revelations should be grounds for other GOP Senate and House candidates to drop their backing of Trump (nine percent) or call for him to drop out of the race (14 percent.)

A total of 52 percent of respondents say that the audiotape should be an issue in the campaign, while 42 percent say it should not be an issue.

While 31 percent of voters say Trump’s comments about women were “Inappropriate, but typical of how some men talk in private with other men,” a larger share – 41 percent – say the remarks were “completely unacceptable.”