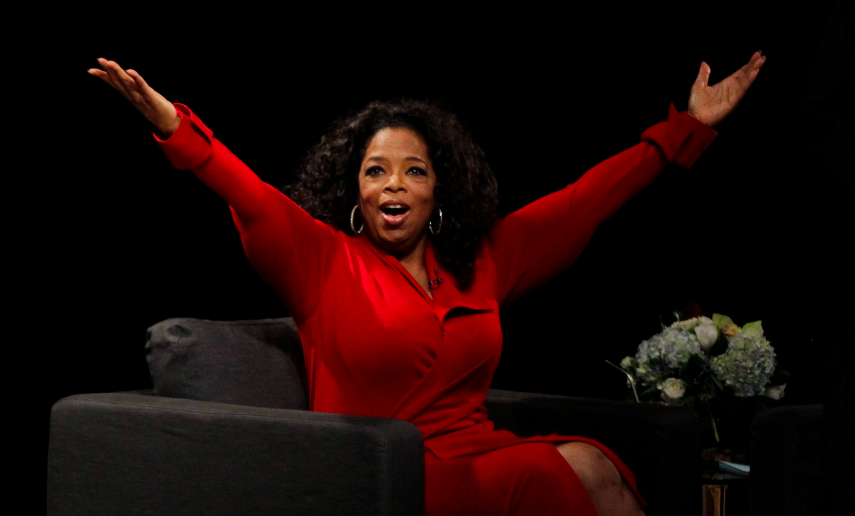 “I’m with her,” she told Nancy O’Dell of “Entertainment Tonight” on Wednesday. “It’s a seminal moment for women. What this says is that there is no ceiling. That ceiling has gone ‘boom,’ you know?”

“America, it’s about time we made that decision,” she said in Los Angeles. “This is the truth. I really believe that that is going to happen.”

“I think Oprah would be great,” he told ABC News’s George Stephanopoulos. “I’d love to have Oprah. I think we’d win easily, actually.”

Winfrey said last year she would never launch her own Oval Office bid.

“I can tell you one thing you can be assured of in this lifetime: As long as I’m black, I will not be running for office,” she told “Extra” last year. “Never.”