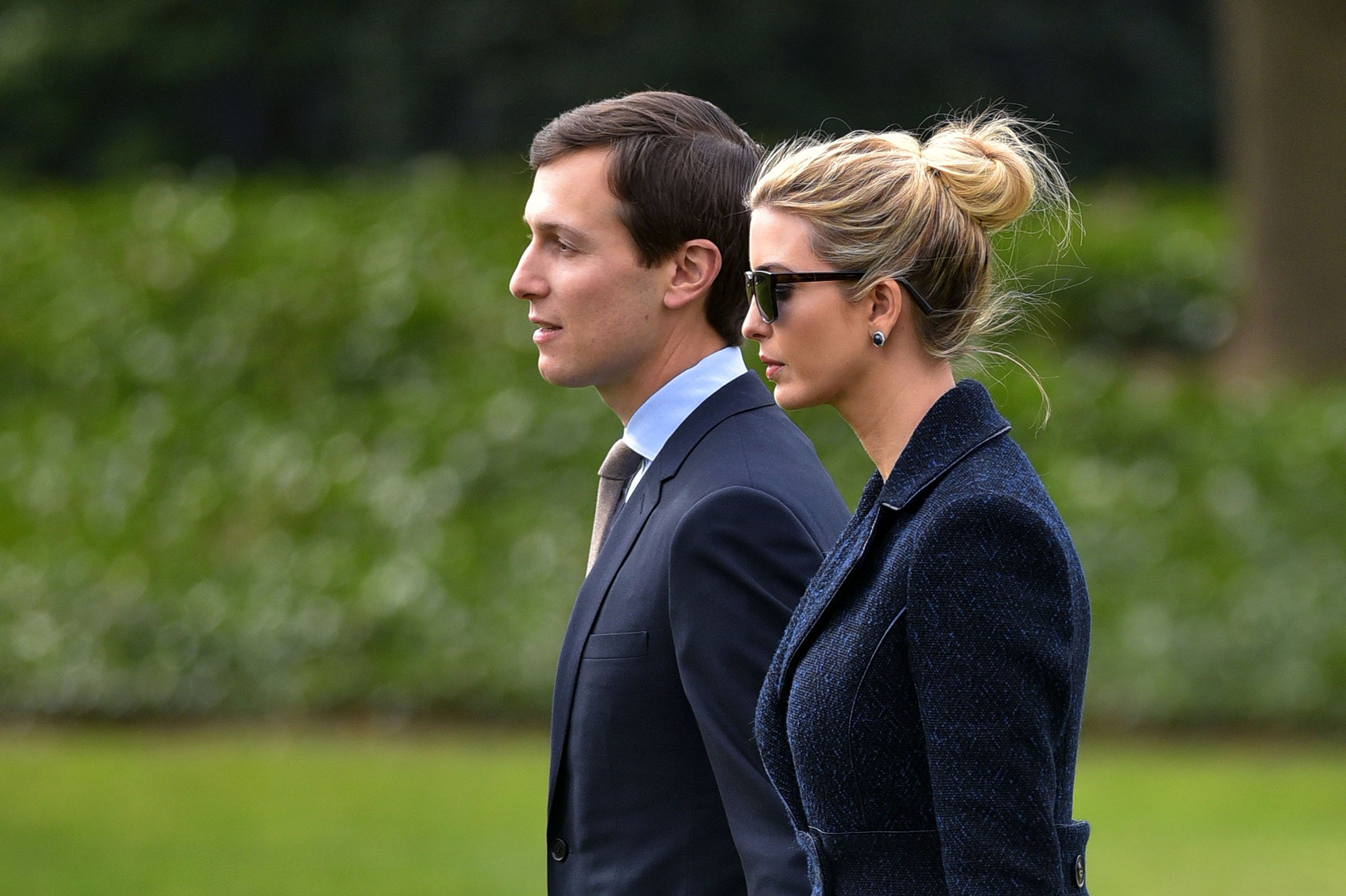 Senior Advisor to the President, Jared Kushner (L), walks with his wife Ivanka Trump to board Marine One at the White House in Washington, DC, on March 3, 2017. The two are travelling with US President Donald Trump to Florida. / AFP PHOTO / MANDEL NGAN (Photo credit should read MANDEL NGAN/AFP/Getty Images)

President Donald Trump was not invited to Sen. John McCain’s funeral service Saturday at Washington National Cathedral – but daughter Ivanka Trump and son-in-law Jared Kushner were there in his absence.

The First Daughter and her husband both work in the White House and were among several members of the Trump Administration who attended the funeral.

On Saturday morning, as McCain’s casket made its way from the U.S. Capitol to the Washington National Cathedral, Trump tweeted attacks on investigation into Russian interference in the 2016 election. During the funeral, Trump left the White House and went to his golf course in Virginia. He also tweeted about NAFTA negotiations and threatened to cut Canada out of a renegotiation of the deal.

Former Presidents George W. Bush, Barack Obama and Bill Clinton were among the most high-profile attendees. Obama and Bush were both asked to give eulogies. McCain’s 106-year-old mother, Roberta McCain, is also in attendance.

The President and McCain had a bitter feud that began on the campaign trial in 2015. Trump said McCain, who was held captive for more than five years during the Vietnam War, refusing early release even after frequent beatings, was “not a war hero.”

More recently, Trump has doubled down on his disapproval of McCain, declining to mention him as he signed a military funding bill that bore McCain’s name and repeatedly referring to McCain’s thumbs down vote against a Republican bill that would have repealed much of Obamacare.

Trump also faced backlash after White House flags were seen at full-staff just two days after McCain died. Though on Monday, he retreated on this stance, issuing a proclamation stating that flags should be once again lowered to half-staff.