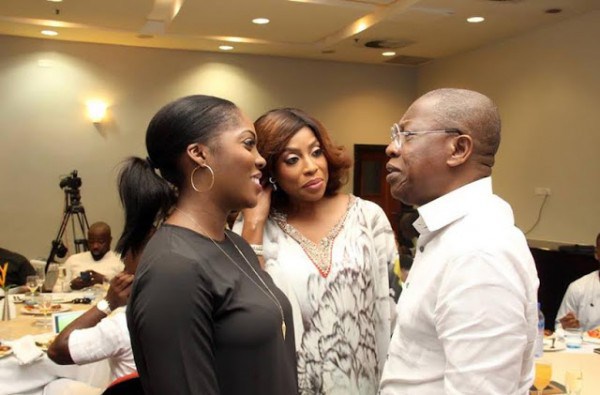 The Minister of Information and Culture, Alhaji Lai Mohammed, has commissioned top artistes and producers to produce theme song for the proposed national orientation campaign tagged, “The Change BeginsWith Me’’.

Mohammed who met with the artistes on Sunday in Lagos tasked them to come up with the song, preaching the need for a paradigm shift in the country’s value system in the major Nigerian languages by March 15.

Some of the top artistes at the meeting were Chief Sunday Adegeye, popularly known as King Sunny Ade, Alhaji Wasiu Ayinde, Don Jazzy, MI Abaga, Tiwa Savage and Peter and Paul of P-Square.

The minister said that the song would form the nucleus of the campaign, focusing on the need for every Nigerian to start working towards the desired change in the country.

He stressed that government recognised the strong appeal of the creative instincts of the music icons and their works, hence the collaboration with them to make the song.

“I urge you all to see the project as your project and do everything you can to ensure that the campaign is a success,” he said.

Sunny Ade thanked the minister for recognising the power of the creative industry and involving the musicians in the project.

The musical icon noted that it was the responsibility of everyone to bring about the much-needed change and they were proud to be part of those who would drive the change mantra. He noted that he was not new at singing national re-orientation songs and assured that he would work with his colleagues to ensure that the campaign was a success.

“I am not new at the game. When the nation was facing some challenges in the early nineties, I single-handedly funded a song project, “Nigeria yi ti gbogbo wa ni’’- Nigeria belongs to us all-. “I did that out of patriotism and together with my colleagues, it was successful.

Artistes are patriotic people and we are concerned about the unity and progress of this country.

We thank you for giving us this opportunity and we promise to do our best to ensure the campaign is a success,” he said.