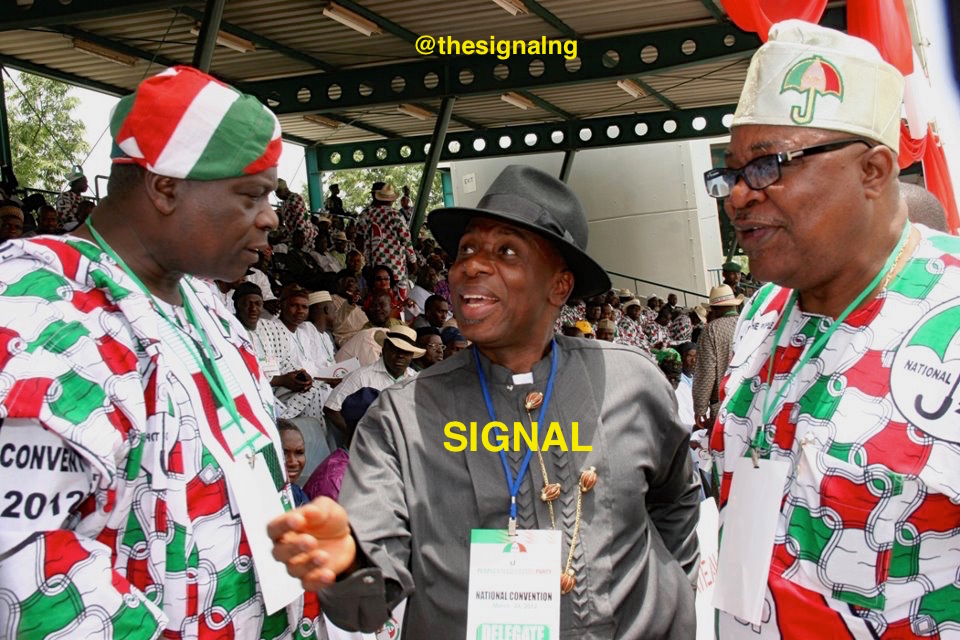 Adebayo Alao-Akala, former governor of Oyo state, who rose to political prominence on the platform of the Peoples Democratic Party (PDP), has ruled out the possibility of returning to the party, The Cable is reporting.

Alao-Akala left the PDP after he failed to secure the ticket of the party for the 2015 election.

The ticket was given to Teslim Folarin, a former senator, while he eventually contested on the platform of the Labour party. In an interview with Tribune, Akala said a natural death awaits the PDP, saying he and his supporters have decided to join the ruling All Progressives Congress (APC).

“I already said goodbye to the PDP; I would not have gone back to the PDP. What would I have gone back to do in PDP?” he told Tribune. “Those people that had dissenting voices were not the people who followed me to Labour Party (LP), so they must be the ones expecting that maybe I would come back to PDP.

“But the decision to leave PDP back then was unanimously taken by my followers, so if some people are expecting me to return to PDP, they are not many; they are very small in percentage and I will say they are insignificant. Nobody would have expected me to come back to PDP; the party will soon die a natural death, so there is no way I can go back to a party that is in comatose.

“At present, PDP is in comatose, why do I have to go and join issues or be part of the people that will bury PDP? I can’t go back to PDP. I have said goodbye to them and I wish them good luck. I hope they can get a good doctor to revive the party.”

When asked if he would return to the former ruling party if the PDP puts its house in order, he said: “No, no, no; I cannot and I won’t return to PDP. The only way I can go back to PDP is if the thing that made me to be going to the APC, if that thing is no more there, maybe I can go back. But to be truthful with you, I am done with PDP and that’s just the truth of the matter.”