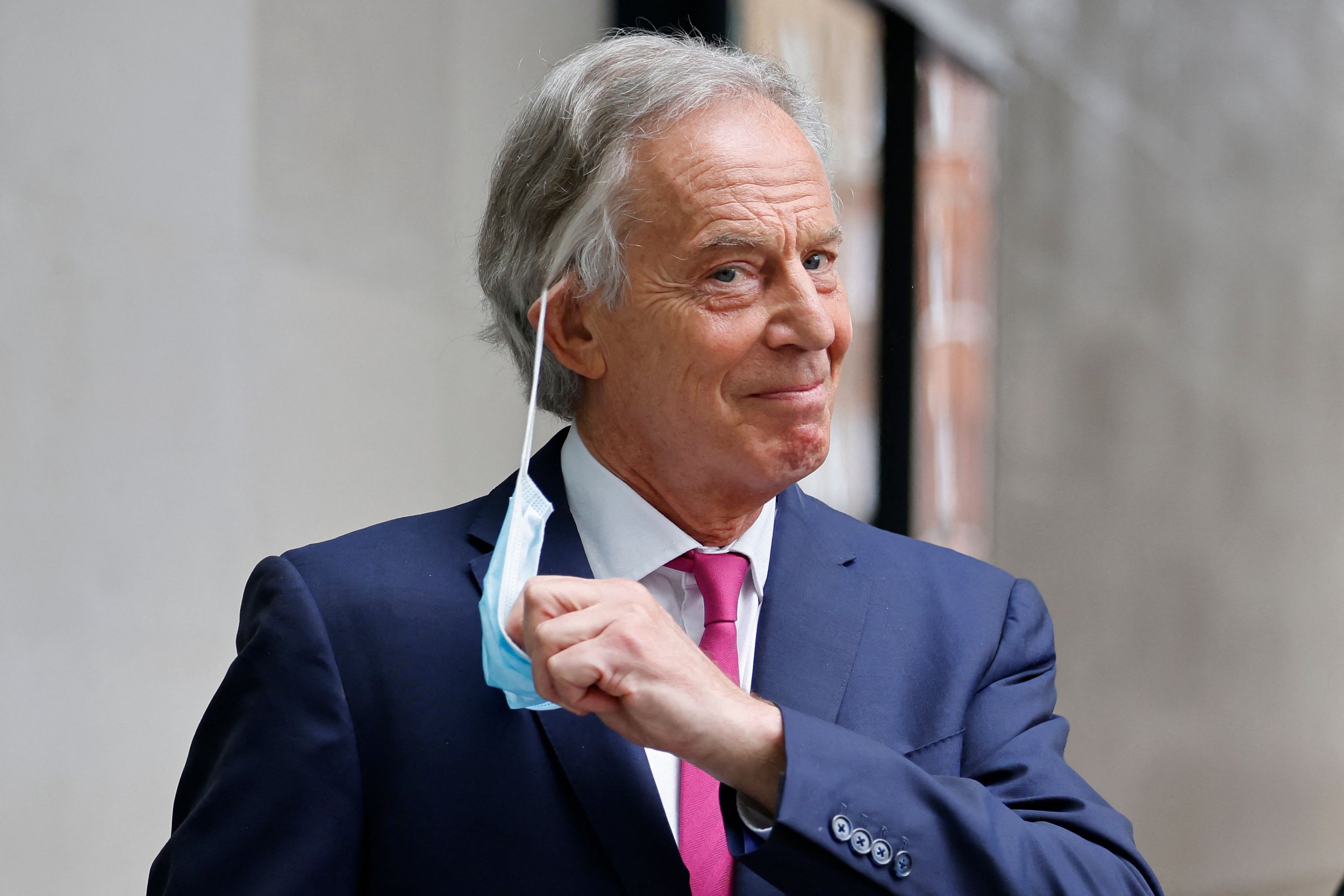 Former British Prime Minister Tony Blair, removes his disposable face covering worn due to Covid-19, to pose for a photograph as he leaves the BBC in central London on June 6, 2021, after appearing on the BBC political programme The Andrew Marr Show. (Photo by Tolga Akmen / AFP) (Photo by TOLGA AKMEN/AFP via Getty Images)

Former British prime minister Tony Blair has said people who are medically allowed to get a COVID-19 vaccine but refuse to do so are “not just irresponsible… but idiots”.

Data from the UK Health Security Agency (UKHSA) shows that 42% of people admitted to hospital in England have not had a single vaccine dose, despite making up just 19% of the population.

Hospitalisation rates are significantly higher among the unvaccinated in every age-group, with the difference becoming even more pronounced in older people.

“Frankly, if you’re not vaccinated at the moment, and you’re eligible, and you’ve got no health reason for not being vaccinated – you’re not just irresponsible, I mean, you’re an idiot,” Blair told Times Radio.

“This Omicron variant is so contagious. You know, if you’re unvaccinated, and you’re in circulation, you’re going to get it.”

He went on to criticise those refusing the vaccine for taking up ICU capacity.

“[The unvaccinated are] going to put a lot of strain on the on the health service. I mean, almost half the people in the ICU are unvaccinated, and it’s really important,” Blair said.

On Sunday, Sajid Javid raised similar concerns about the unvaccinated and accused them of harming other people.

“They must really think about the damage they are doing to society,” the health secretary told Sky News.

“They take up hospital beds that could have been used for someone with maybe a heart problem, or maybe someone who is waiting for elective surgery.”

Blair said that while it was important not to be “heavy-handed”, the issue needed to be addressed.

“We shouldn’t go after these people in a heavy-handed way, but we should be trying to go after them and persuade them,” said the former prime minister.

In this article:COVID-19, Tony Blair, UK