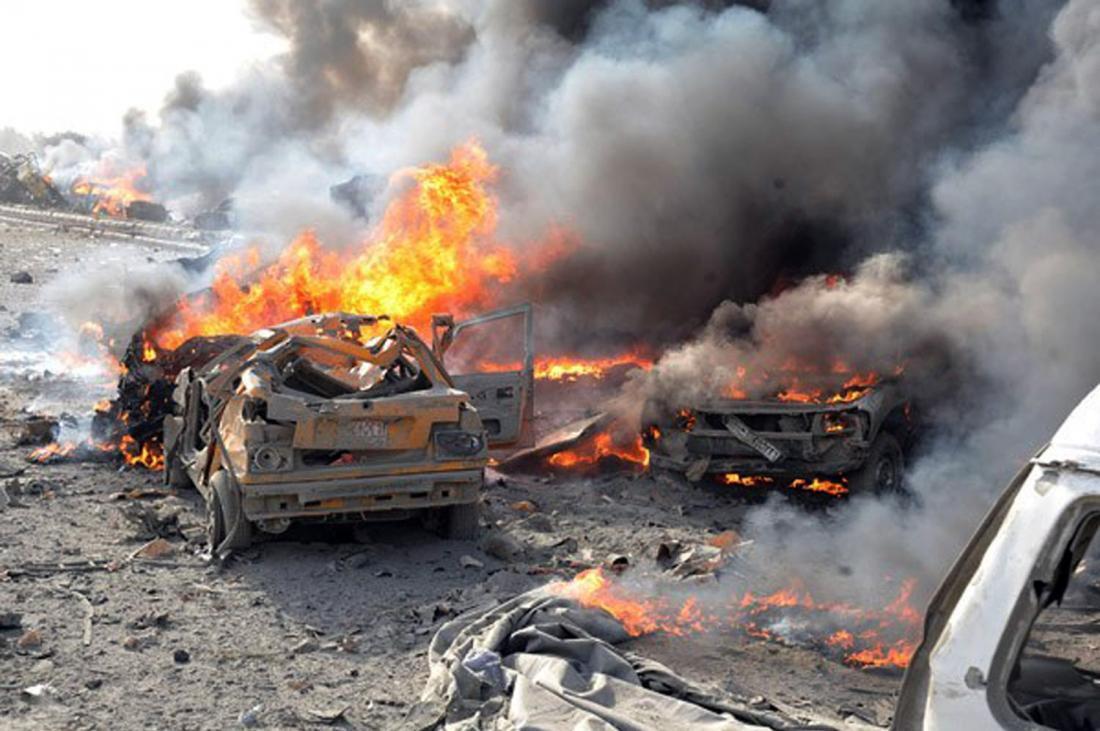 Three policemen and three other persons died after an Ecobank bullion van, four other vehicles and a motorcycle collided along Argungu-Birnin Kebbi road, Channels Television reports.

In a statement confirming the accident, police spokesperson Nafiu Abubakar said five other people and three policemen also sustained various degree of injuries and were rushed to the Federal Medical Centre, Birnin-Kebbi.

“On the 27th September, 2022, there was a fatal motor vehicle accident/fire incident along Argungu/Birnin Kebbi road, involving a Bank Bullion van belonging to Eco Bank and four other motor vehicles and a motor cycle,” the statement said.

“The accident occurred when a Carina E car, carrying jerricans of PMS was suspected to have been pursued by a Nigeria Custom Service patrol team from Birnin Kebbi. On getting to Jeda village, the Carina E car had a head on collusion with the Bullion van, as a result, bursting into flames and consumed three other cars.

“Consequently, a total of five vehicles and one motorcycle burnt to ashes, six people including three Policemen also died in the inferno, while five other people, three policemen sustained various degree of injuries and were rushed to Federal Medical Center, Birnin Kebbi, for medical attention.

“On receipt of the report, the Commissioner of Police, Kebbi State Command, CP Ahmed Magaji Kontagora swiftly rushed to scene where he condoled with the families of the deceased and prayed the Almighty Allah to grant the lives of the departed souls an eternal rest and give their families the fortitude to bear the irreparable loss.

“CP Ahmed Magaji Kontagora is also asuring members of the public that, a thorough investigation will be carried out to unravel the circumstances surrounding the unfortunate incident, please.”

President Muhammadu Buhari said that Nigerians will appreciate the All progressives Congress-led government of the country in six months, Punch reports. The President, who...

There are fears that several security operatives might have been killed late on Tuesday after bandits attacked the convoy of Colonel Samaila Yombe Dabai...

Attorney General Abubakar Malami on Saturday flagged off the payment of N3.2 billion to over 5,000 citizens of Kebbi State. A total of 5,889...

Number of Students Kidnapped in Kebbi, Not Yet Known – Police

The Police Command in Kebbi says it is yet to ascertain the number of students kidnapped from Federal Government College, Birnin Yauri, Ngaski Local...