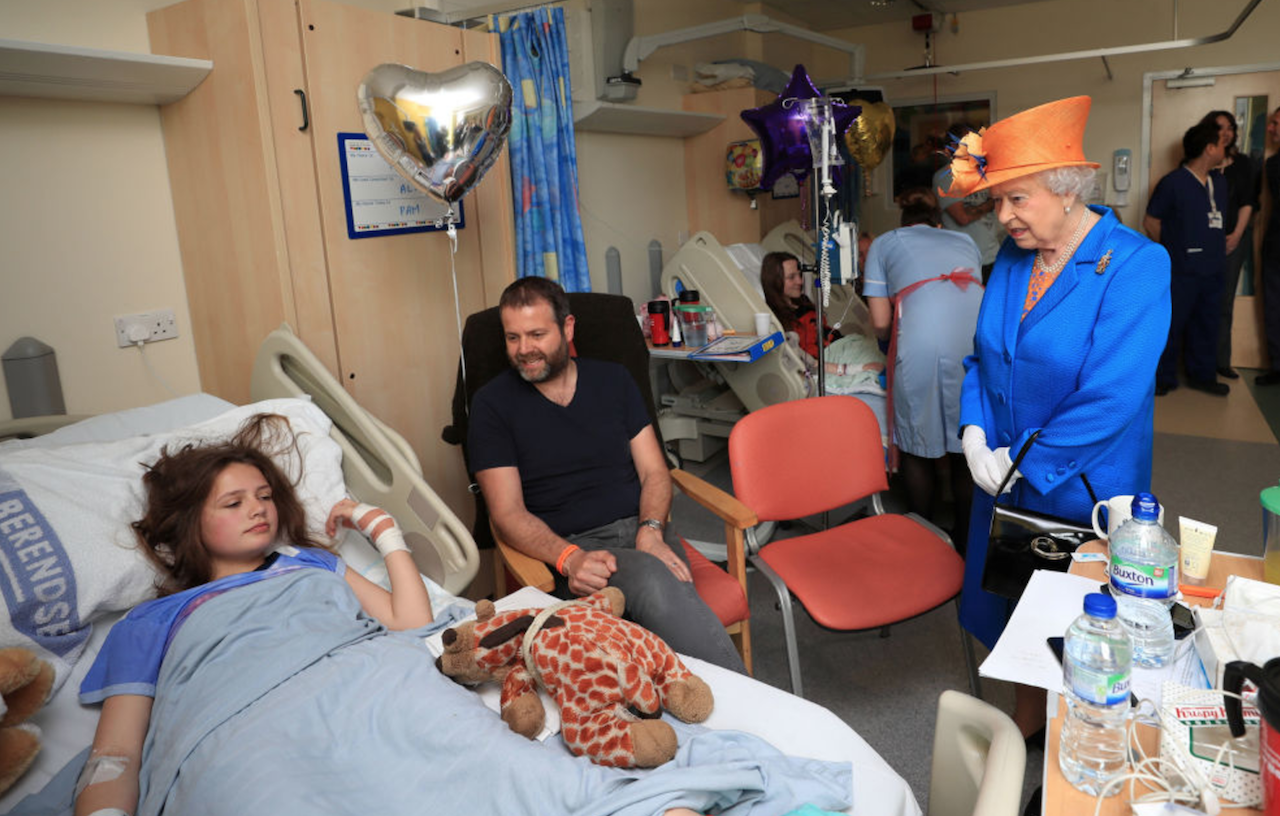 Her Majesty, the Queen of England, Queen Elizabeth II made an unannounced visit Thursday to Royal Manchester Children’s Hospital, where she chatted with survivors of the horrific Monday night attack at Manchester Arena. She spoke to victims as young as 12 years old, expressing sympathy, shock and well-wishes.

Queen Elizabeth II, 91, stood at the bedside of 15-year-old Millie Robson, who wore an Ariana Grande concert t-shirt as she recounted the terrifying events. She explained that she had won VIP passes in a competition and met Grande backstage before the concert began. Afterward, she was on the way to meet her dad, David, at the arena exit when the bomb detonated, and she suffered severe shrapnel wounds. Minutes later, once her father had located her, he tied clothing around her legs to slow the bleeding.

The queen, addressing David, said the atrocity was “very alarming.” When Millie said that the hospital staff has been excellent, the queen replied, “That is really splendid,” according to local reports.

After the queen exited, Millie said it had been “surreal” to meet her.

The monarch also spoke with Evie Mills, 14, who received the concert tickets as a birthday present. The queen noted that she’s a fan of Grande herself, calling her a “very good singer.”

“It was a dreadful thing,” Queen Elizabeth said. “Very wicked to target that sort of thing.”