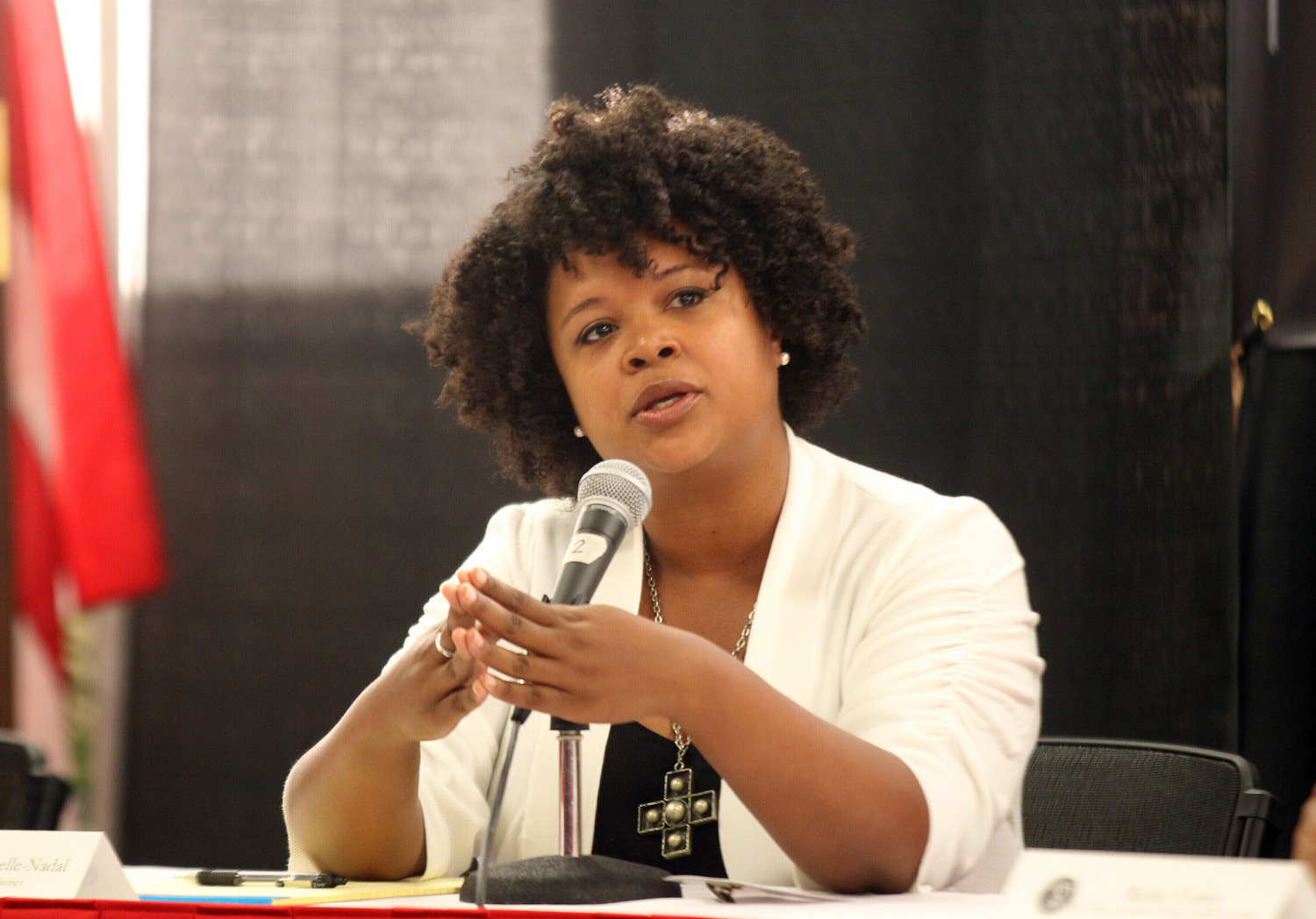 Missouri State Senator Marie Chappelle-Nadal makes her remarks during the Missouri Attorney General Chris Koster's Roundtable on Representative Policing at the University of Missouri-St. Louis in St. Louis on October 1, 2014. Koster brought political, law enforcement and community leaders together to talk about some of the problems that have plagued the Ferguson, Missouri area after the police shooting death of teen Michael Brown. Chappelle-Nadal has been very vocal in her criticizing of Mo. Gov. Jay Nixon in his handling of the Ferguson situation by tweeting four letter words to him. UPI/Bill Greenblatt

A Democratic state senator in Missouri is facing resignation calls for posting on Facebook Thursday that she hopes President Trump is assassinated.

In interviews with local outlets, Chapelle-Nadal said she regretted her post but not her anger at the president. She blamed her outburst on the president’s response to the white supremacist violence in Charlottesville.

A Missouri State Senator from St. Louis has now called for the assassination of @realDonaldTrump. Keep it classy @MariaChappelleN. pic.twitter.com/JTrkxk4Pkz

The Secret Service told the St. Louis Post-Dispatch it is investigating Chapelle-Nadal’s post.

“I condemn it,” McCaskill told the Post-Dispatch. “It’s outrageous. And she should resign.”

“I believe she should resign,” Webber said.

“There is no way in hell that I’m resigning,” she said.