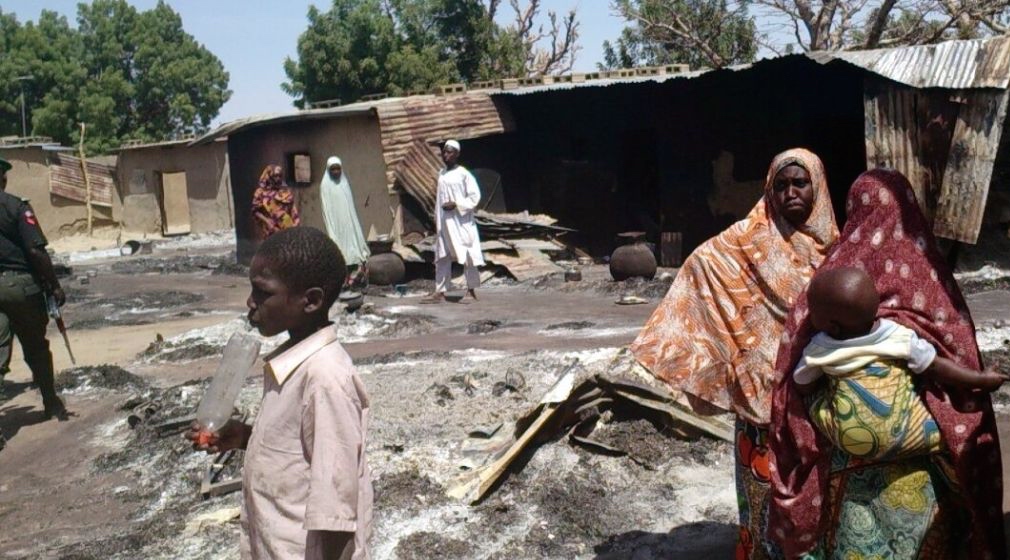 The incident which occurred on Friday, being Christmas Day, at about 8:30 pm was said to be the sixth attacks in the area lately.

“They burnt down our houses, killed our brothers and abducted our children. We are close to Sabon Gari and there are military there at Sabon Gari but they could not come to our rescue. Many people have been wounded. About 17 are currently being treated in Biu. We have lost 13 people and they took eight with them.” Umar Sani, a resident told DAILY POST on phone.

According to him, the Boko Haram militants invaded the village in their characteristics chanting of “Allahu Akbar!” meaning “Allah is Great”.

“We were about visiting one of our relatives whose son got married earlier, when we heard gun shots and thought the soldiers are the one firing, but it persisted. At that time they were just coming into the village, and before we could say what, they were already setting houses able and we began to run for our lives,” he added.

“I slept in Sabon Gari. We informed the soldiers but they did not go to the village until this morning. For now, I can confirm to you that 13 people were killed and 8 people were abducted; seven women and one boy, while 17 were wounded,” Sani said.