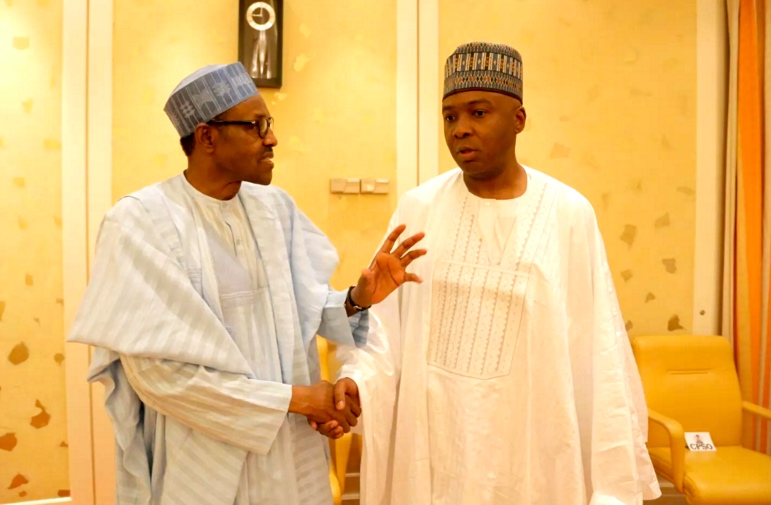 Senate Leader, Alhaji Muhammad Ndume, on Monday assured that the impasse between the presidency and the National Assembly on the 2016 budget would soon be resolved, Vanguard reports.

Ndume, representing Borno South, told newsmen in Maiduguri that the resolution was to allow the country to move forward.

He said that the National Assembly was not in conflict with President Muhammadu Buhari on the budget.

“Nigerians should know that the National Assembly does not have any conflict with the president on the budget, but we might have minor disagreement.

“The major challenge that the National Assembly has is not disagreement with the president.

“The challenge that we have is how to do what the president is asking us to do within the law,’’ Ndume said.

According to him, disagreement between legislative and executive arms of government is normal in a democratic system.

“Usually, the president takes a look at it and if he is comfortable with it, he signs and if he not comfortable, he takes note of the areas and sends it to the legislature for ratification.

“This is where we are now, but the unfortunate thing is that because of the change in government, the attitudes of Nigerians have also changed, which is normal.

The Senate Leader recalled that the National Assembly had similar disagreement with past presidents Olusegun Obasanjo, the late Umaru Yar’Adua and Goodluck Jonathan on budgets during their tenure.

He said that the leadership of the National Assembly would hold a meeting with President Muhammadu Buhari this week in Abuja towards ending the impasse.

“The leadership of the National Assembly will sit down and talk to the president on the issue this week,” Ndume said.

He said that the meeting was earlier slated for last week but was shifted due to some unforeseen circumstances.

“We were supposed to have met last week, but we shifted the meeting to this week due to some factors,’’ Ndume said.