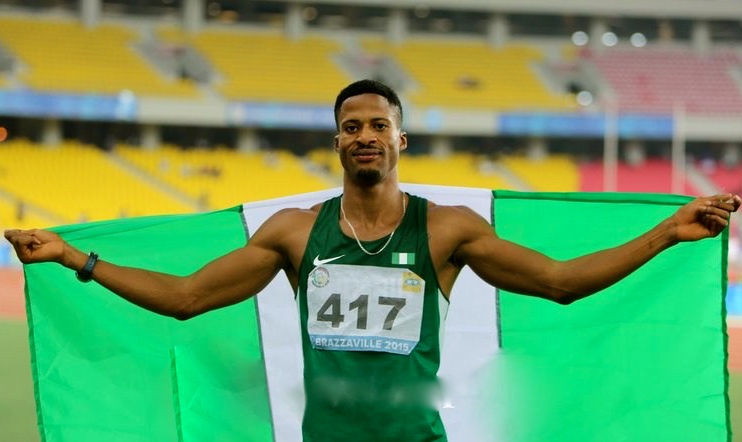 Idiata is banned for four years for banned substance abuse at the All Africa Games in Congo.
Odeyemi who is a sprinter tested positive to anabolic steroids during the All-Nigeria Championship in Warri. She is to serve four years ban.

Long jumper, Amadi also failed tests conducted to detect presence of anabolic steroids in her system during the Games in Congo. She is banned for four years.

Ezeh will serve four years ban for the use of diuretics, while Kure is also banned for years.

Onuah got the heaviest fine of eight years ban for the abuse of amelioride while Opuene will serve three years after diuretics was found in her system during the Games in Congo.

Igbadiwei faces similar duration of ban for use of diuretics in Congo.

The minister confessed that before now the report was hidden from the public as the ministry was investigating the circumstances that led to their use of banned substances.

Eight national sports have already been penciled down as the events where Nigeria will feature during the 2016 Olympiad in Rio de Janeiro in summer.

But Dalung who gave the NOC headed by Habu Gumel a wake-up call on how to improve Nigeria’s performance at the Games, identified struggle for leadership positions, corruption and dependence on government largess as the problems of sport in the country.

He asked them to source for alternative funding before the Olympics instead of waiting for government money.
“We should know the performance of our athletes before Rio. We should not be deceiving ourselves as I am not impressed with our outing in London. We need someone with a winning mentality that will galvanise our resources, instead of writing petitions against members of federation boards,” Dalung reasoned.

Dalung accused the federations of only liaising with the ministry only when they are in need of money but accuse government of meddlesomeness when NSC tries to make them accountable.