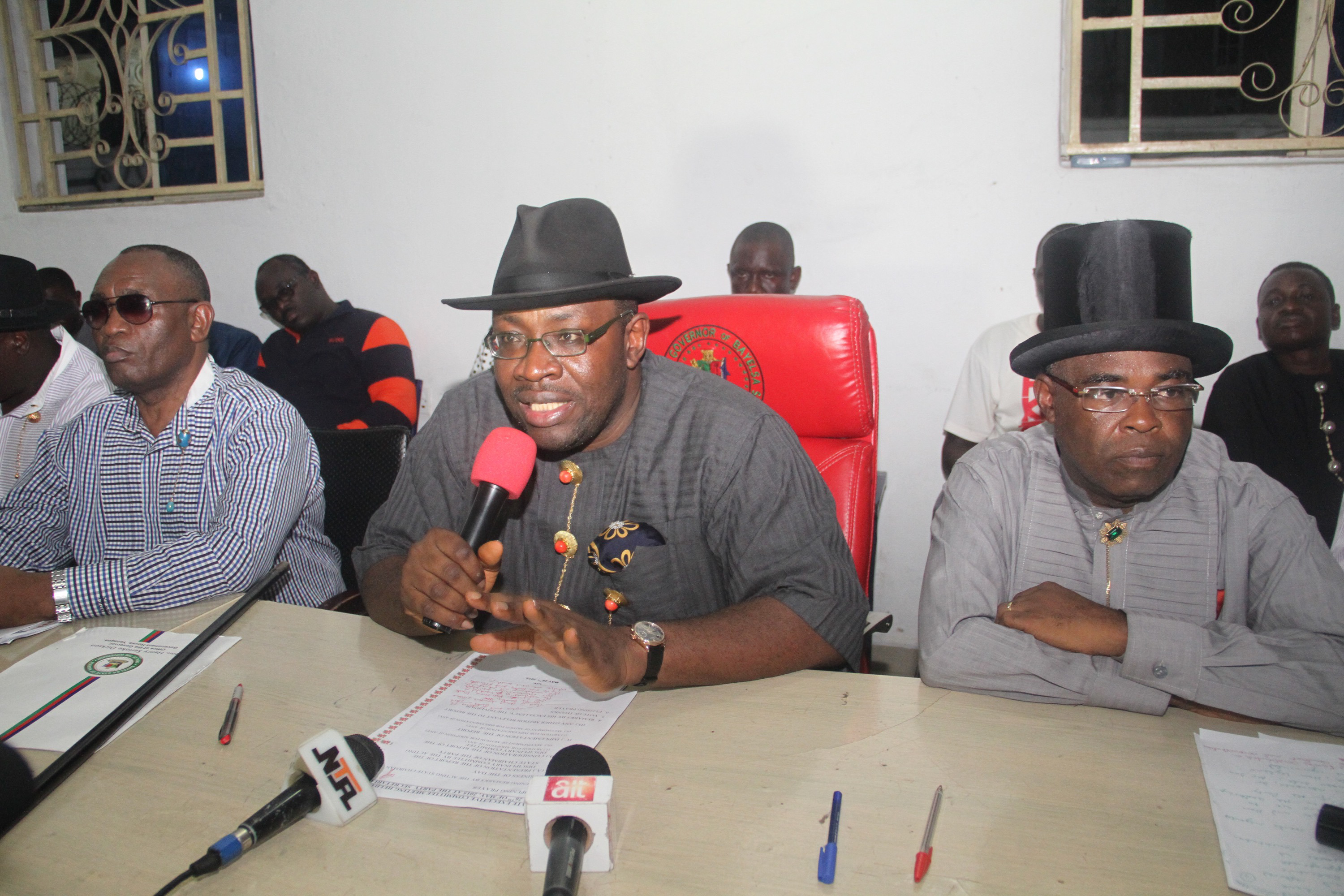 The national leadership of the Peoples Democratic Party (PDP) commends the courage of the people of Bayelsa state in fearlessly curtailing APC’s rigging machinery, which led to the cancellation of the fabricated elections in Southern Ijaw Local Government Area.

The party said but for the bravery of Bayelsans in standing up for their votes against the hordes of harassments by the military and other security forces working for the APC, their will as a people would have been completely subverted in the election.

The PDP, in a statement by its National Publicity Secretary, Chief Olisa Metuh on Monday said it is proud of the actions and concerted efforts of its members in resisting rigging and impunity.

“We condemn in the strongest possible term, the wanton confiscation and transfer of voting materials by security operatives directly to APC agents for outright allocation of votes.

“For the purposes of the rescheduled Southern Ijaw election, we wish to make it abundantly clear that we are ready, willing and able to defend the choice of the people. Never again will this leadership of the PDP allow our party candidates to be manipulated out of any election at any level. In that regard, we have activated our structures across the country to defend our mandate always, with all force and means available in a democracy.

“Nevertheless, we are indeed concerned about the apparent inability of the present INEC to conduct a credible election in a single state, especially in the light of the fact that very soon they will need to conduct a general election in all the states.

“Finally, for the security forces busy brutalizing innocent Nigerians exercising their democratic rights, we declare that they should hide their faces in shame over the flexing of muscles in terror free zones.