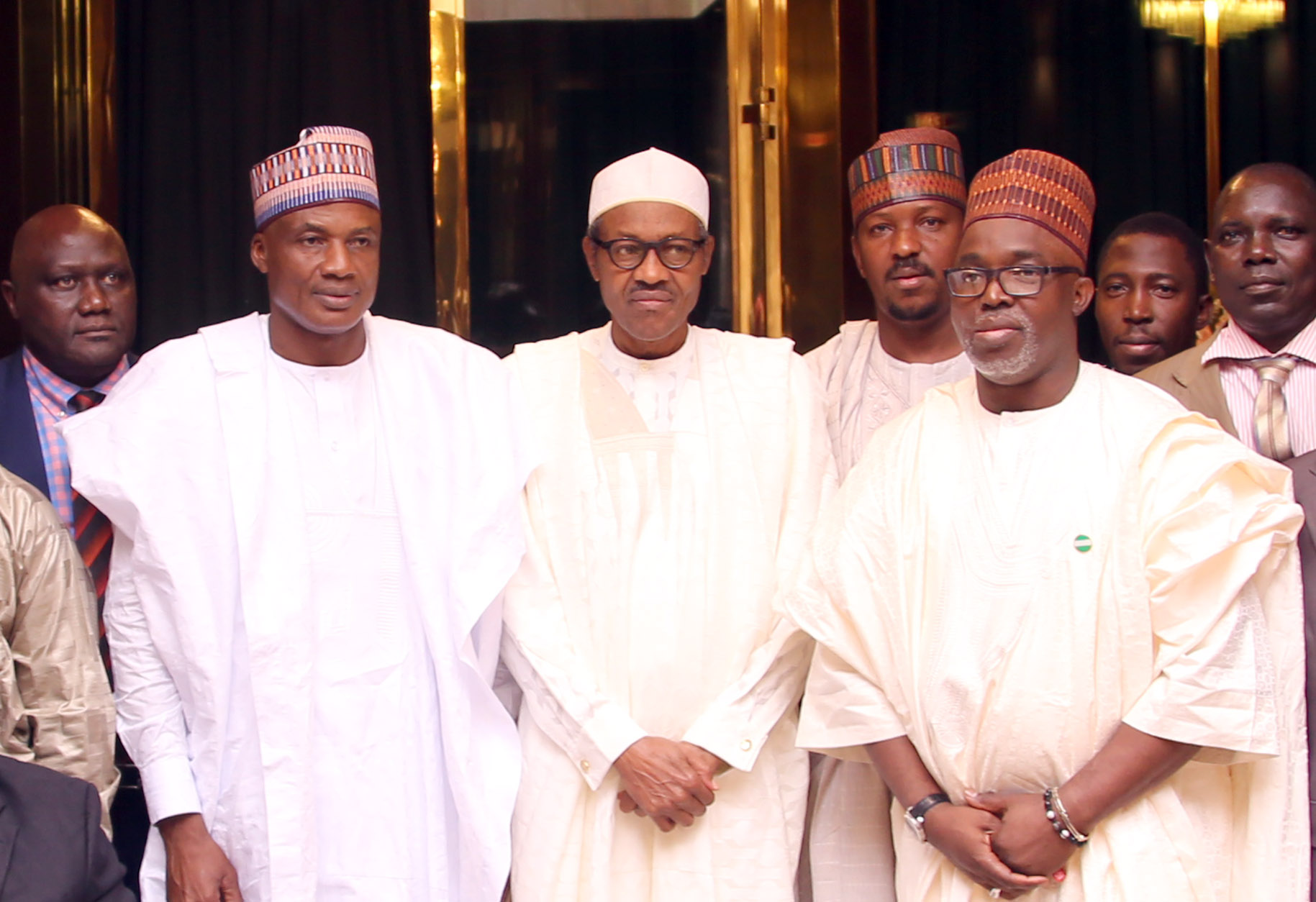 President of the Nigerian Football Federation (NFF), Amaju Pinnick has said that President Muhammadu Buhari is worthy of a bold mention in the Guinness Book of Records.

The NFF boss said this on Monday in Santiago as he boarded a flight to Buenos Aires on the way back home from a success story at the FIFA U-17 World Cup in Chile.

According to a post that appeared on the NFF, Pinnick said: “Yes, it is a success story as you just mentioned, but it would not have ended that way without the great support that the Nigeria Football Federation continues to receive from the President Muhammadu Buhari –led Federal Government.

“In fact, the Nigeria Football Federation is dedicating this triumph to President Buhari. He is a man of history. He was there when the first set won the trophy in 1985 as military Head of State; now he is here as civilian President when the Class of 2015 emerged victorious.

Seriously speaking, I don’t think there is any Head of State or Government in the entire universe who has this honour, and for this, our PMB deserves a place in the Guinness Book of Records.”

Pinnick, whose one–year administration can now point to successes at the African Women Championship (Namibia 2014), African Youth Championship (Senegal 2015) and now the Eaglets’ triumph (aside qualifications for several major tournaments), insisted on Monday that the masterstroke for the Eaglets’ confident and determined approach was President Buhari’s call to the team a day earlier.

“We appreciate the President for sparing time out of his very tight schedule to talk to each and every player and official. That was a massive motivation. At the end of the conversation, the players told me they would go all out and give whatever it would take to win, having been inspired by the country’s leader.

“Football is a potent and huge tool for national unity and the focus of the present NFF administration is to build a sustainable football culture for our country. Triumphs are good, but we must not overlook the sustainable culture.”

The NFF President assured that his administration would be strongly involved in the players’ development, unlike what happened in the past. “People have talked about monitoring the players. We would do more than that. We would be part of their developmental programs and seamless transition to senior categories.

“We are very happy with this victory because it gives us the opportunity to present to our dear PMB his first global crown on his return as civilian President.”

Pinnick, a member of the Organizing Committee for the FIFA U-20 World Cup, and who joined the dignitaries to hand out the medals in Vina del Mar on Sunday, hinted that the NFF already has other targets in its immediate radar.

“Of course, we are celebrating. But I can tell you that our focus has already shifted to the Africa U-23 Cup of Nations in Senegal. It is important that we earn a ticket to the men’s football tournament of next year’s Olympics in Brazil.

“We will give Samson Siasia’s squad all the support to win the ticket. And of course, we have also concluded arrangements to ensure the Super Eagles defeat Swaziland in the race for the 2018 FIFA World Cup starting with the first leg in Lobamba on Friday,” said Pinnick, as he congratulated the U-20 women national team, Falconets, for earning a ticket to the 2016 FIFA U-20 Women’s World Cup after beating South Africa’s Basetsana on Sunday.