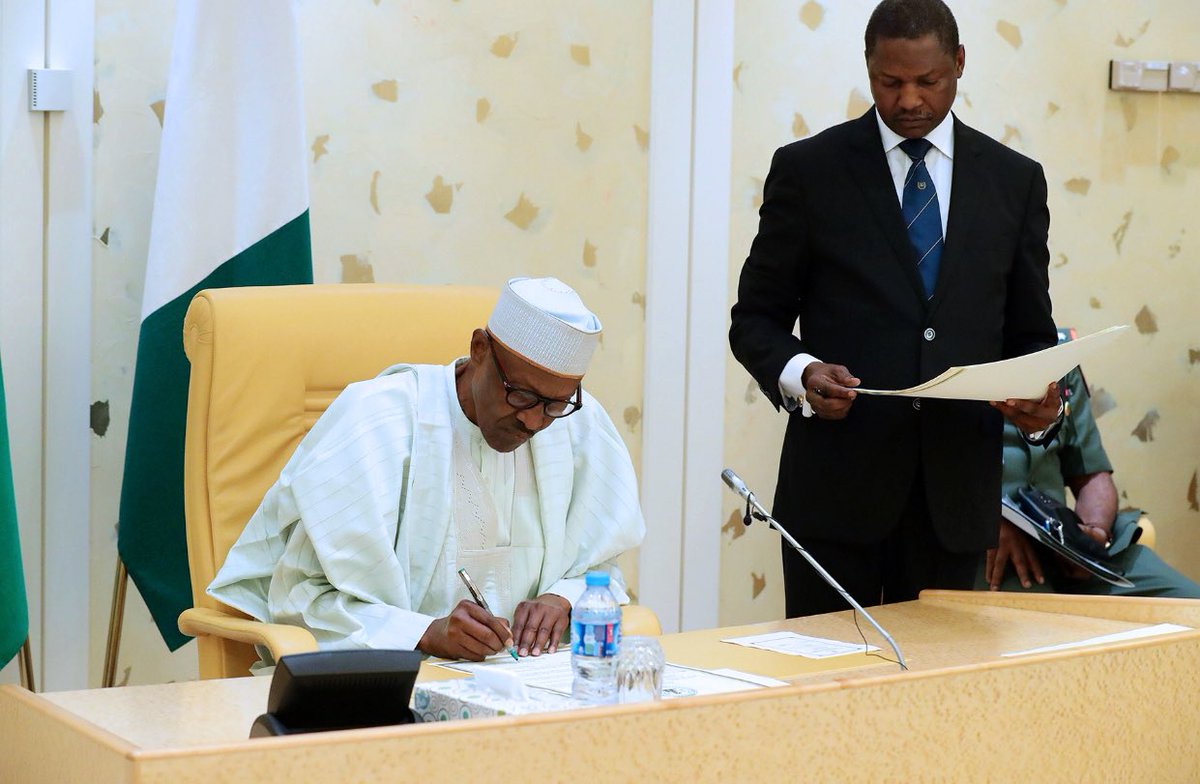 President Muhammadu Buhari has sent a team of three ministers, to Borno and Yobe states to meet with the families of kidnapped Leah Sharibu and aid workers and further convey his concern and efforts to free them from the clutches of Boko Haram terrorists.

Alhaji Lai Mohammed Minister of Information and Culture, who bore the president’s message said the government will leave no stone unturned to secure the release of the abducted.

The Minister’s team visited Maiduguri in Borno State and Dapchi in Yobe State.

In Dapchi, the delegation, met with Mrs Rebecca Sharibu, Mother of Leah, as well as other members of their family at an emotion-laden ceremony.

Alhaji Mohammed said President Muhammadu Buhari sent the delegation as a follow-up to his phone call to Leah’s mother a few days ago, adding that the government will not rest until Leah has been reunited with her family.

Visibly excited students of the Government Girls Science and Technical College, Dapchi, from where Leah and about 109 of her colleagues were abducted on 19 Feb. 2018, trooped out to welcome the delegation when the chopper that ferried them to Dapchi landed in the school premises.

Earlier, the delegation also met with the families of the three aid workers who were abducted in March 2018.

At the meeting, which was held in the Borno State Government House, Alhaji Mohammed reassured them of the Government’s efforts to secure the release of the two that remained in captivity, Alice Loksha and Amina Liman.

He also condoled with the parents of the third aid worker, Saifura Hussaini Ahmed, who was killed by her abductors last month.

The Minister said this is a trying time for the government and people of Borno State, but praised the government’s resilience in tackling the challenges arising from the Boko Haram insurgency.

The Deputy Governor of Borno, Alhaji Usman Durkwa, who received the delegation, expressed gratitude to President Buhari for sending the delegation to the state, saying this shows that the President is a true leader.