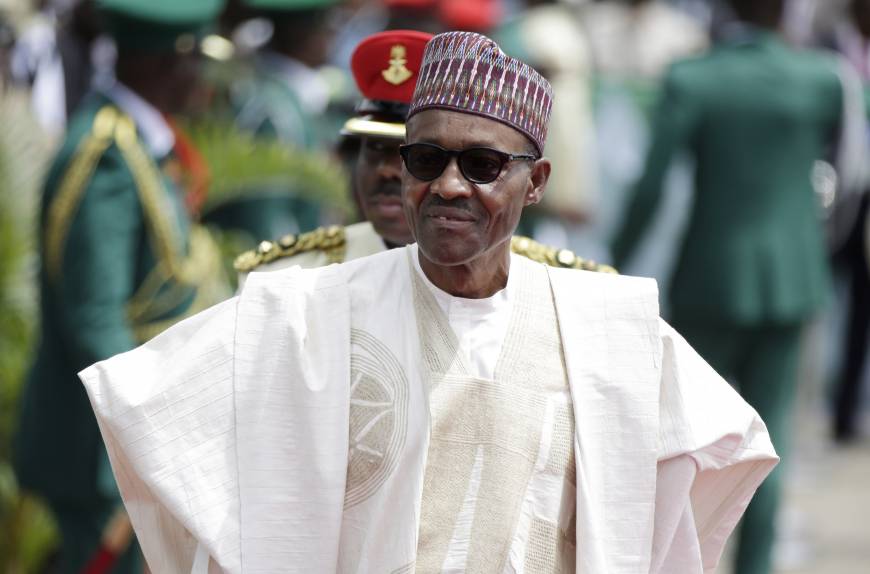 Despite the reaction on Tuesday by the Nigerian Presidency rejecting a comment by UK Prime Minister David Cameron which labeled Nigeria and Afghanistan the two most “fantastically corrupt” nations in the world, evidences suggest that more than any other Nigerian leader, President Muhammadu Buhari has on many occasions both on local and international fora described and branded his country Nigeria as corrupt.

The Nigerian Presidency on Tuesday said it found as “embarrassing” a statement credited to the UK Prime Minister, David Cameron, describing Nigeria as a “fantastically corrupt” country.

In a statement by President Muhammadu Buhari’s Senior Special Assistant on Media, Garba Shehu, shortly after the news of the Prime Minister’s comment went viral on the Internet, the Presidency said, “This is embarrassing to us, to us say the least, given the good work that the President is doing.”

Less than 24 hours later, the leader of the same government that had just told the world how embarrassed his country was with the uncomplimentary remarks by David Cameron told a Sky News reporter on global television that his country, Nigeria was fantastically corrupt.

Recall that in February 2016, President Buhari told the UK Telegraph that Nigerians’ reputation for crime has made them unwelcome in Britain. In that interview, he said that too many Nigerians are in jail abroad – and that they shouldn’t try to claim asylum. With that statement, Buhari effectively set the template for any world leader to say anything about Nigeria and get away with it.

In its mildest implication, Wednesday’s show of shame in London where Buhari took sides with Cameron to denigrate and ridicule Nigeria on the world stage represents the height of irresponsibility and carelessness that has become characteristic of Nigeria’s number one brand ambassador and image-maker home and abroad.

In the face of the Panama Papers scandal, President Carlos Varela of Panama vehemently defended his country’s financial reputation. Speaking on Tuesday at the 46th annual Washington Conference on the Americas, an event hosted by the Council for the Americas at the U.S. State Department, Varela said the Panama Papers leaks revealed a global problem, and he called on world leaders to work together to increase transparency and share more tax information. “Many countries’ legal and financial structures are still vulnerable of being used for purposes that do not represent the common good,” Varela said. “Panama held its head up high and continued our irreversible course toward reform and transparency” President Varela added. Understanding the far-reaching implications, he never joined the world in labeling his country as corrupt. This is the stuff that responsible leadership is made of.

Are some Nigerians corrupt? Yes. Is Nigeria battling endemic corruption? Yes. Is corruption a global problem? Of course!

Still basking in the complex of hero-worship, some of President Buhari’s supporters who have taken turns to defend him on this latest gaffe clearly miss the point. The problem with Buhari’s reckless admission that Nigeria is fantastically corrupt is the fact that it suggests that all Nigerians are corrupt; a fallacy of generalization that casts an entire country of over 170 million citizens in the mold of certain corrupt individuals, inflicting damage and punishment on all for the sins of a few.

In its mildest implication, Wednesday’s show of shame in London where Buhari took sides with Cameron to denigrate and ridicule Nigeria on the world stage represents the height of irresponsibility and carelessness that has become characteristic of Nigeria’s number one brand ambassador and image-maker home and abroad.

Suffice it to say that logic, common sense and wisdom disagree with President Buhari and those who support him on this one. All Nigerians are not and cannot be corrupt.

Perhaps, President Buhari should be reminded that not all Nigerians belong to the class of thieving and rogue public officials who stole Nigeria blind since the nation’s independence in 1960. A crash course in history will also remind this President that not all Nigerians served under the corrupt regime of the late General Sani Abacha under whose watch billions of dollars vanished from the Nigerian treasury.

Corruption, Buhari must be reminded, is not the hardworking Nigerian entrepreneurs, the young men and women in the creative industries who toil night and day running business empires in the music, media, entertainment and film industry, the market women in Isale-Eko, the tailors who make clothes for everyday Nigerians and when heaven smiles on them, for big men like President Buhari. Corruption is not the mass of unemployed Nigerian graduates on the streets who are victims of a dysfunctional system created by President Buhari and his contemporaries. Corruption is not the upright civil servant who is doing the right thing in that little corner of his office in spite of whoever else is doing the wrong thing. No, Mr. President, that is not corruption.

The millions of hardworking Nigerians who have never worked in government, have never stolen a dime of government money, have never been beneficiaries of proceeds of corruption and are going about their legitimate businesses deserve an apology from you. You have no right to call them corrupt. Mr. President, you have no right.