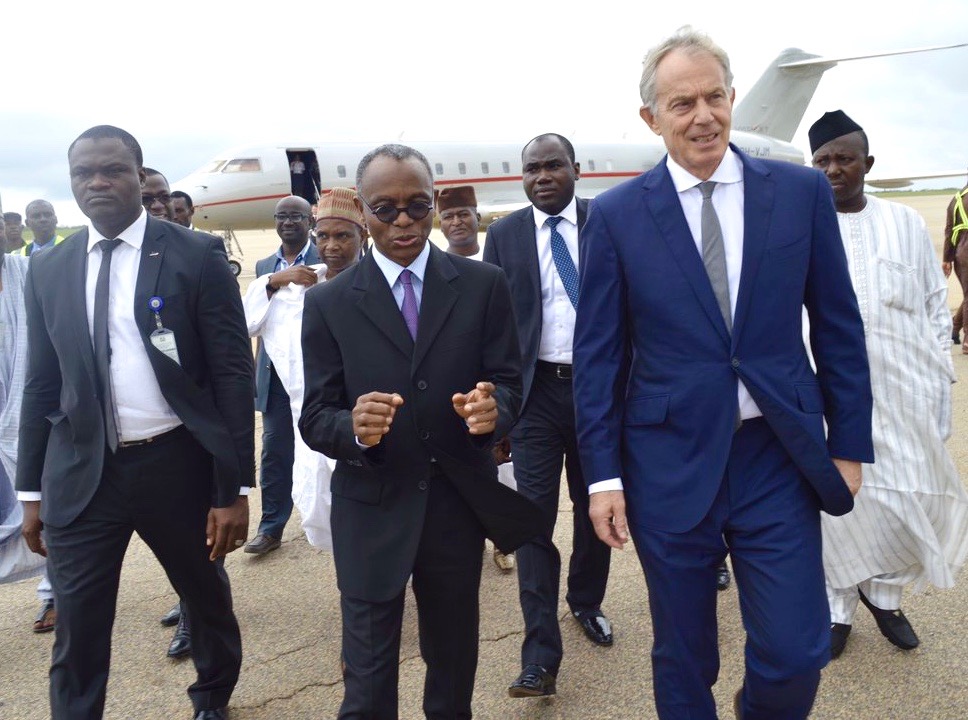 Former British Prime Minister, Mr. Tony Blair, has come under fire in the Nigerian social media after a visit to Kaduna State during which he reportedly pledged his support for Kaduna State Governor, Nasir Ahmad El-Rufai.

Some Nigerians who took to micro-blogging site, Twitter, wondered how much of Kaduna State taxpayers’ money was paid to Blair to associate his brand with the Kaduna State governor under whose watch hundreds of Nigerian Shiite muslims were massacred by the Nigerian Army in 2015.

Other commentators noted that Blair’s visit was a conveyance of the British government’s support for El-Rufai to become Nigeria’s Vice-President, should anything happen to ailing President Muhammadu Buhari who for many weeks has been in London on an indefinite sick leave.

Read some of the tweets below:

Tony Blair who led #British to kill Innocent Iraqis ???????? is been welcomed by a genocidal tribal killer of Southern kaduna people in #Nigeria pic.twitter.com/Pb2VyUxcqg

1.When Buhari is declared dead the plan is for Osinbajo to appoint Nasir El Rufai as his VP. Tony Blair has come to Kaduna to convey British

2. approval of that plan.El Rufai is slotted to take over from Osinbajo in 2019 but God will shock them.When will the Brits leave us alone?

Someone even said Tony Blair should sue us for calling him out as a genocidal warmonger.
You people are so stupid, it is amazing ???? pic.twitter.com/XhHi1j68Ms

People should b asking elrufai how much of deprived Taxpayers money he paid Tony Blair….we should stop being egg heads

Tony Blair has a price. To give a speech he demands £330,000+. How much is this costing the poor people of Kaduna state? https://t.co/y5zsiOPGAD

Sad Tony Blair @InstituteGC agreed to visit Kaduna where at least 347 Shiite men, women and kids were killed without anyone being punished!

Wickedness!
What will Blair offer? Will his face halt his people’s suffering?

Why on earth is El Rufai wasting Kaduna taxpayer money to host a war criminal aka Tony Blair?

So no one will ask El-Rufai how much of tax-payers money went into payment for Tony Blair’s appearance in Kaduna state….HYPOCRITES O ! pic.twitter.com/POZMp5jNFx

Tony Blair and british suport el-rufai to become VP 2019,one identified for sponsoring and paying herdsmen to slaughter xstians in kaduna