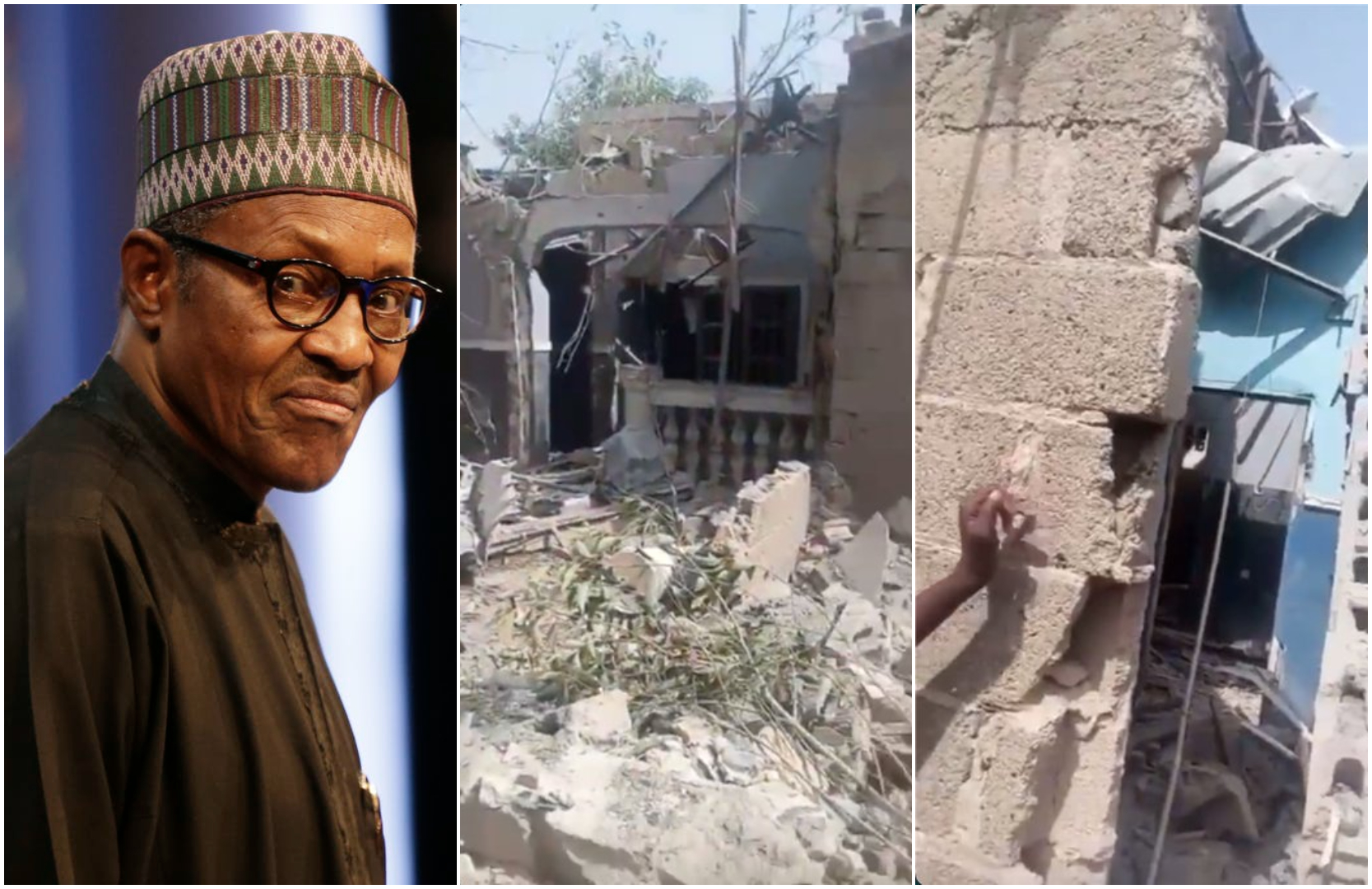 Ngomari is about 2 km from the airport and Nigerian Air Force base in Borno – the epicentre of the war against insurgency in Nigeria.

According to SaharaReporters, sources disclosed that the attackers hit the community with rocket launchers, killing about five children and destroying residential area and properties.

Buhari’s aircraft, a Boeing Business jet (Boeing 737-700) marked 5N-FGT had left the Presidential Wing of the Nnamdi Azikiwe International Airport at exactly 10:48 am on Thursday and touched down at the Maiduguri airport at 11:18 am.

The president is visiting Maiduguri to commission multiple projects embarked upon and completed by the Borno State Governor, Professor Babagana Zulum.

The state has been at the end of incessant deadly attacks by terrorist groups–Boko Haram and the Islamic State West African Province (ISWAP), therefore, many of its residents have grown frustrated with the Buhari government.

Ahead of his election in 2015, Buhari promised to defeat Boko Haram but six years into his government, the terrorist group remains active.

Suspected members of the Islamic State of West Africa Province (ISWAP) have distributed huge amounts of old notes to scores of commuters in the...