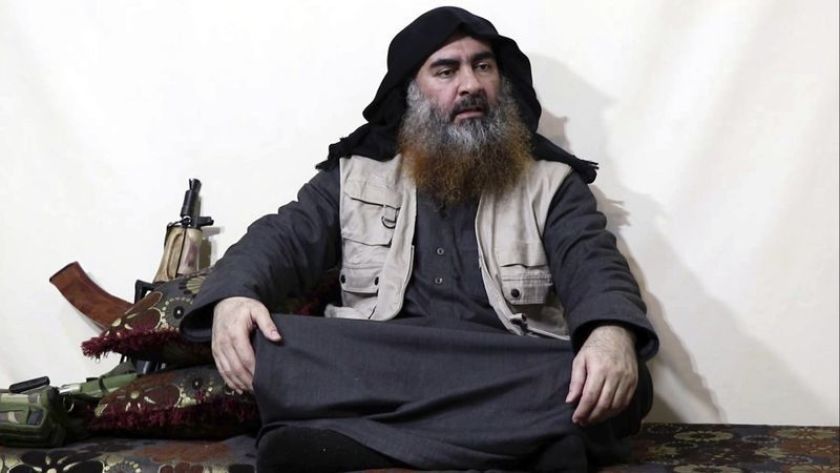 The president said Baghdadi was killed in the operation when he exploded his suicide vest. Baghdadi died running into a dead end of a tunnel, “whimpering and crying and screaming all the way,” Trump said.

Baghdadi dragged three of his young children with him and ignited his suicide vest, killing himself and the three children, the president said.

The leader of the so-called Islamic State was targeted near Barisha, Syria overnight, according to two U.S. officials. The mission included helicopters, jets and drones. U.S. forces fired from the air and then landed and gathered intelligence.

There were no reports of U.S. casualties in the raid.

The military operation comes after Trump’s controversial decision to draw down troops in Syria, clearing the way for a Turkish military operation against the Kurds, who fought alongside the U.S. to defeat the so-called Islamic State.

“We don’t want to keep soldiers between Syria and Turkey for the next 200 years … We’re out, but we are leaving soldiers to secure the oil,” Trump said.

Syrian Kurdish forces claimed on Sunday that they participated in the operation. Kurdish commander Mazloum Abdi tweeted: “Successful historical operation due to a joint intelligence work with the United States of America.”