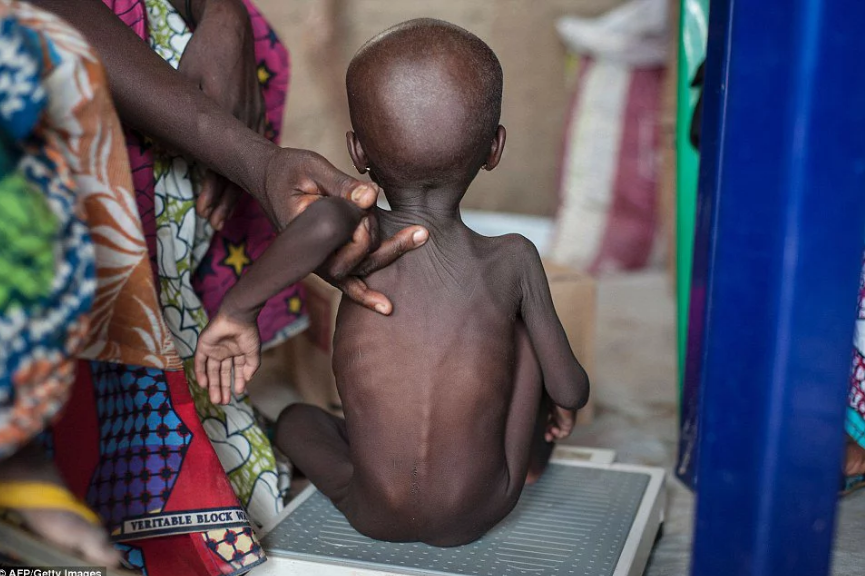 The Federal Government has said that Nigeria loses about 2,300 under-five children and 145 women of child-bearing age to severe and acute malnutrition and iron deficiency respectively daily, Punch reports.

A statement by the Communication Specialist of United Nations Children’s Fund  (Media and External Relations), Mr. Geoffrey Njoku, obtained by the newspaper on Sunday in Abuja, said, the Head (Nutrition), Federal Ministry of Health, Dr. Chris Osa Isokpunwu, gave the figure in Owerri, the Imo State capital, during the just-concluded media dialogue on child malnutrition, with the theme, “Good nutrition: An investment for the future.”

At the event, the UNICEF’s Chief of Communication (Nigeria), Ms. Doune Porter, said about 400,000 children received community-based Management of Acute Malnutrition services, which is currently being implemented in 12 states in Nigeria.

Out of these beneficiaries, the UN agency said 77,000 lives were saved from death by the exercise in 2015, adding that about 2.5 million children in Nigeria were affected by severe acute malnutrition.

In his paper entitled,  “The nutrition situation in Nigeria: An overview of malnutrition and its impact on children”, Isokpunwu defined the disease as “a pathological condition brought about by the inadequacy of one or more of the nutrients essential for survival, growth, development, reproduction and capacity to learn and function in the society.”

He said, “Every single day, Nigeria loses about 2,300 under-five year olds and 145 women of child-bearing age. This makes the country the second largest contributor to the under-five and maternal mortality rate in the world.”

According to Porter, severe acute malnutrition could be prevented in Nigeria by avoiding giving children between the ages of zero to six months water during exclusive breastfeeding.

She said, “The community-based Management of Acute Malnutrition services is currently being implemented in 12 states in Nigeria. Already, 77,000 lives were saved by the exercise in 2015.

In his presentation entitled, “Nutrition interventions in Nigeria,” a Nutrition Advocacy Specialist with UNICEF, Zakaria Fusheini, gave other measures for preventing malnutrition.