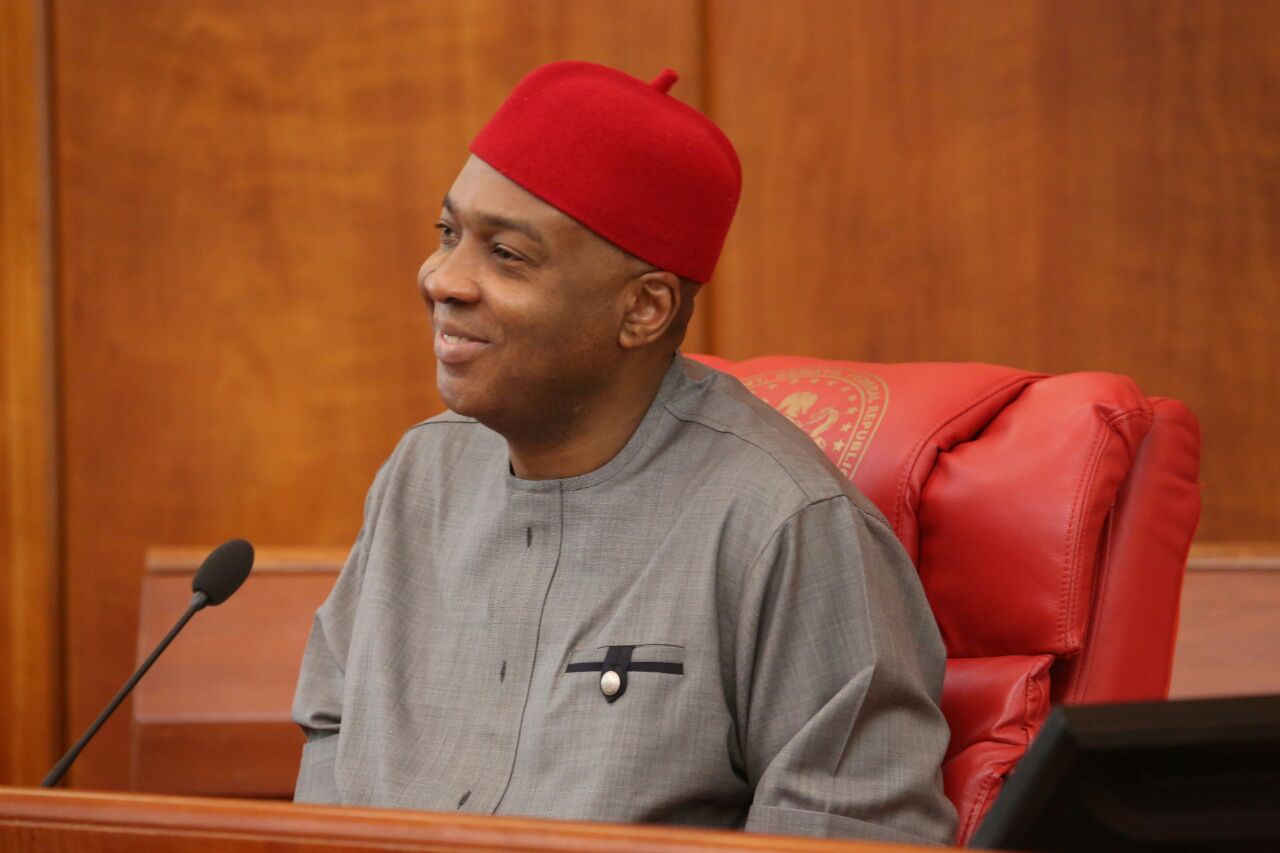 The Senate President, Bukola Saraki, has hailed the Nigerian workers on the commemoration of the 2017 May Day.

Saraki, in a statement on Sunday by his Special Adviser, Media and Publicity, Mr. Yusuph Olaniyonu, described Nigerian workers as “the life blood and driving force” of the country’s development, promising that the Senate would continue to work towards passing and enhancing legislation that would guarantee their safety and well-being.

“On our part, the Nigerian Senate will continue to partner the Nigerian workers to enact legislation that will guarantee that they get their dues at the appropriate time, that their safety and well-being in the workplace are reassured,” Saraki said.

Also, in commemoration of the 2017 May Day, the Cross River State Government says it has already paid the May salaries, stating that workers in the state had started getting payment alerts as from April 30.

A statement on Sunday said the gesture was Governor Ben Ayade’s way of demonstrating that prompt payment of workers’ salaries was one of his administration’s cardinal objectives.

Akeredolu, in a message through his Chief Press Secretary, Mr. Segun Ajiboye, hailed the resilience and the undying spirit of Ondo State workers especially in the face of tough economic challenges confronting the country.

He said he would always be committed to the welfare of the civil servants in the state but urged them to shun idleness and corruption.

The Oyo State Governor, Ajimobi, in a message through his Special Adviser, Communication and Strategy, Mr. Yomi Layinka, said he identified with the workers and shared in the pains they endured, promising that he would make necessary efforts to ensure payment of their four months’ salary arrears.

Ajimobi urged the workers to continue to put in their best and to key into the state government’s reform agenda aimed at enhancing productivity and the state’s Internally Generated Revenue.

In the same vein, the Governor of Bayelsa State, Dickson, pledged improved welfare for workers and prompt payment of their salaries within the resources available to the government.

In a statement on Sunday by his Chief Press Secretary, Mr. Daniel Iworiso-Markson, Dickson, however, advised the workers to remain disciplined.

He urged the workers to accept the challenges they had to face in the verification exercise embarked upon by his government, explaining that it was aimed at sanitising the system and fishing out those who had derailed from the ideals of the civil service.

On his own part, the Edo State Governor, Obaseki, said he had already put measures in place to sustain or continue to improve on worker’s welfare in the state.

Obaseki said this in his May Day message issued through his Chief Press Secretary, John Mayaki.

He commended the workers for their role in nation building, noting that this year’s May Day celebration underscored their contributions towards ensuring an economically-viable and stable society.

Meanwhile, workers in Ekiti State have said they will today confer Governor Ayodele Fayose with “the Comrade Governor Award” to mark this year’s May Day celebration.

The state chairman of the Nigerian Labour Congress, Mr. Ade Adesanmi, who confirmed this to one of our correspondents, said the honour was a decoration for the “workers-friendly governor.”

On Sunday, telecommunications service provider, Globacom, urged workers to sustain and reinforce the virtues of hard work and excellence in the discharge of their duties.

“We salute Nigerian workers on this auspicious occasion and commend them for their hard work, commitment and resourcefulness which have continued to grow and sustain the nation’s economy over the years,” Globacom said in its May Day goodwill message.

But the Academic Staff Union of Universities on Sunday said its members were suffering under the administration of President Muhammadu Buhari.

ASUU, in a May Day statement by the University of Ibadan chairman of the association, Dr. Deji Omole, called on the Federal Government to address the shortfall of personnel cost and other obligations in Nigeria public universities, noting that under the present administration, academic staff in Nigerian universities were enduring the worst of welfare.

In an attempt to clip the wings of the Academic Staff Union of Universities, the Federal Government will on Tuesday present a certificate of...