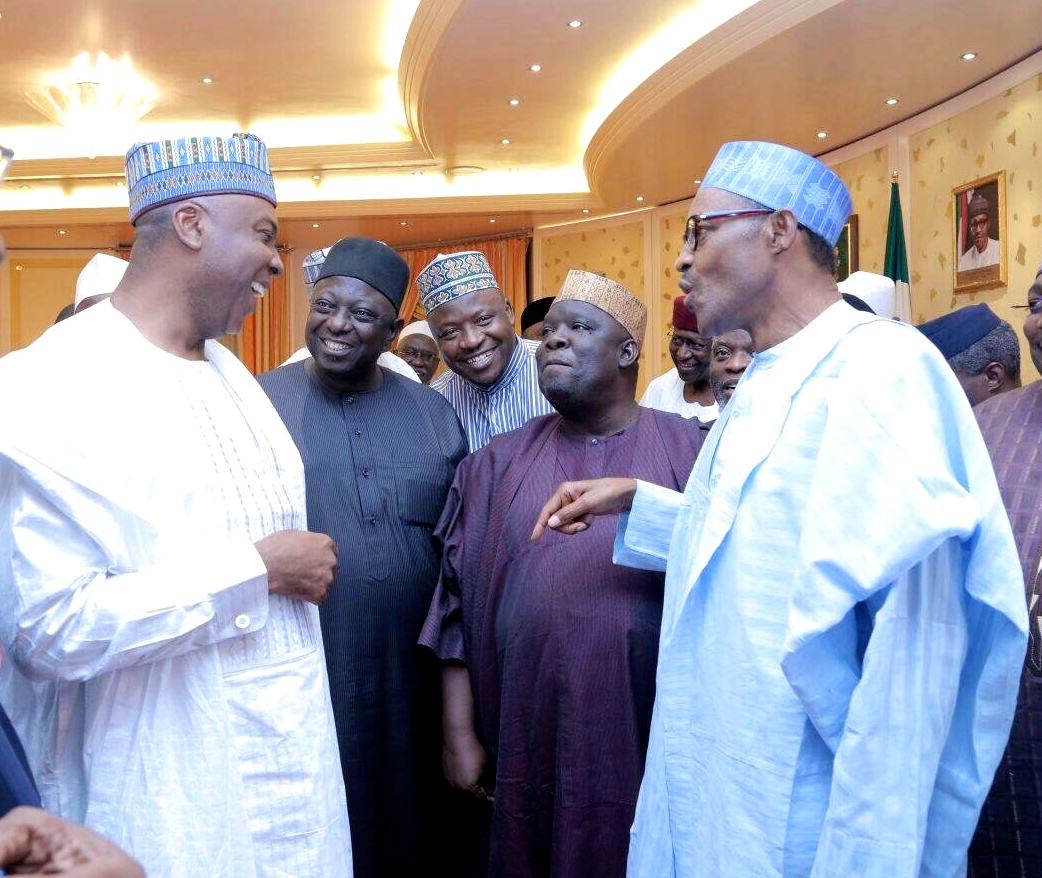 Senate President Bukola Saraki has said that the National Assembly (NASS) and the Presidency have resolved to work amicably for the general interest of the country.

Saraki stated this during a press briefing with State House correspondents on the outcome of the meeting between the leadership of the NASS and President Muhammadu Buhari held at the Presidential Villa, Abuja on Wednesday evening.

The Senate president, who said that the meeting was initiated by the President to interact with the leadership of the NASS, described the forum as “a very useful session”.

According to him, this kind of interaction helps in ensuring smooth relationship between the two arms of government.

“We discussed a number of issues. The general commitment is that, yes, the National Assembly has legislators from different parties but now we are representing Nigeria.

“We have a common goal to see that we work together for the interest of the country as a whole,’’ he said.

On whether the issue of his ongoing trial featured at the meeting, Saraki said the focus of the meeting was on how to move the nation forward through the fulfillment of promises made during political campaigns.

“Those are the big issues we are talking about and to ensure that there are no distractions.

“The focus is to ensure that the executive arm does things in the interest of the county.

“It is normal in democratic setting, from time to time, you see the parliament talking with the executive, and that is how to make things work,’’ he added.

The Senate president further stressed the commitment of the NASS to work harmoniously with all arms of government, saying that Nigerians should be confident that government was working.

“We are committed to work together and it is going to be for the good of Nigerians at large. It is a good development.

“We are all committed to what we are all elected to do in order to make Nigeria work.’’