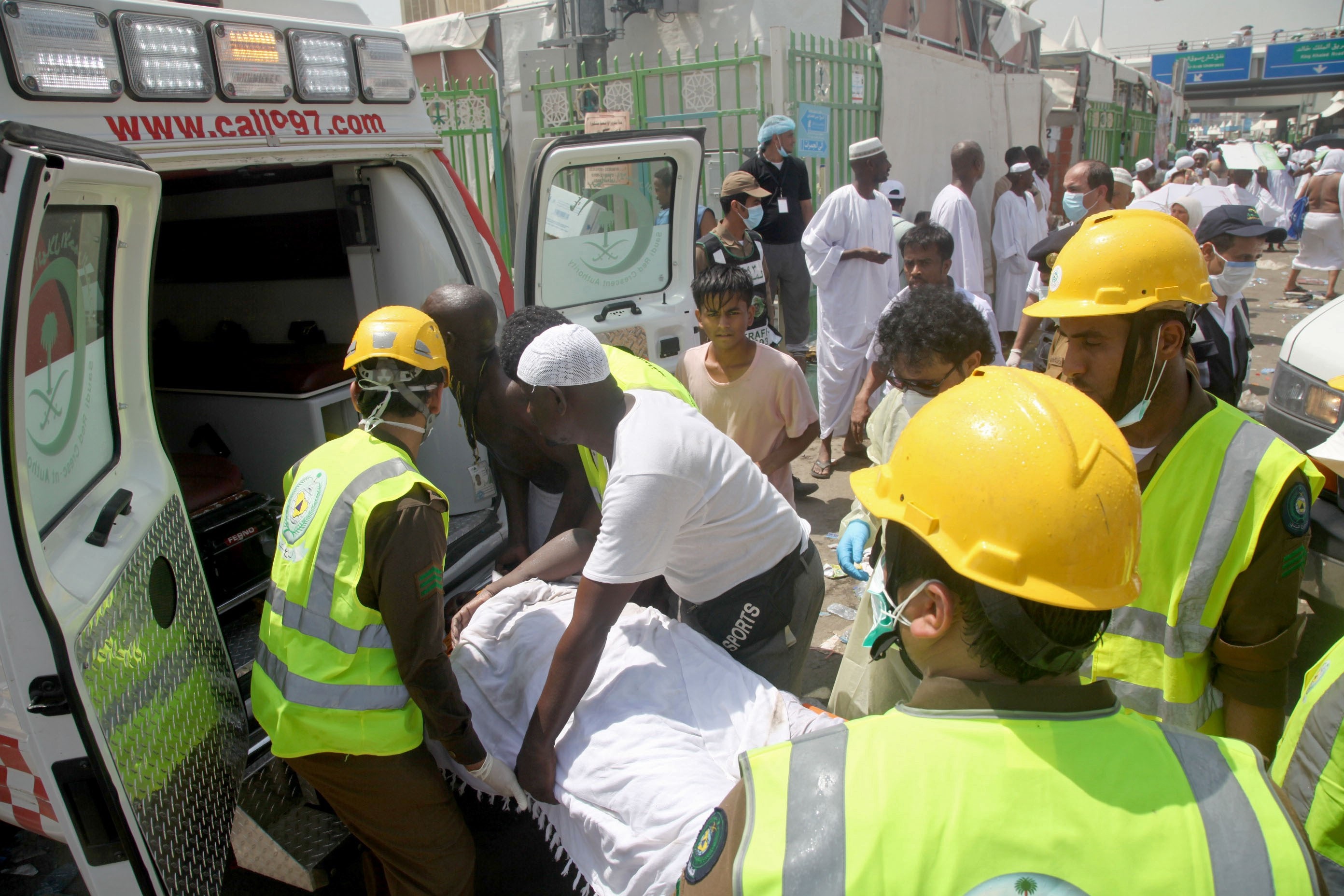 Saudi emergency personnel and Hajj pilgrims load a wounded person into an ambulance at the site where at least 450 were killed and hundreds wounded in a stampede in Mina, near the holy city of Mecca, at the annual hajj in Saudi Arabia on September 24, 2015. The stampede, the second deadly accident to strike the pilgrims this year, broke out during the symbolic stoning of the devil ritual, the Saudi civil defence service said. AFP PHOTO / STR

Officials in Nigeria say at least 74 of the country’s citizens were killed in last month’s stampede at the annual Hajj in Saudi Arabia. Nigerians are mourning the dead and awaiting news of other missing relatives, 11 days after the tragedy.

According to the latest figures from Nigeria’s Hajj commission, 74 Nigerians died in the stampede and another 64 were injured.

And the death toll may still rise. Two-hundred-and-44 Nigerians who went to the Hajj remain missing. Commission officials are searching for them, after the government called for every Nigerian pilgrim to be accounted for.

The Hajj is a major draw for Nigerians. The country’s population is almost evenly divided between Muslims and Christians and the commission says 85,000 pilgrims from Nigeria went to Mecca this year.

In the northern city of Kaduna, many have friends or relatives among the dead. Yusuf Yakubu Argasiyyu, the executive director Muslim League for Accountability in Nigeria, said he knew many of those who were killed.

“Everybody feels sad. Of course, you know, we are Muslims and when such a things happen, we completely surrender to God almighty,” he said.

Some countries have criticized Saudi Arabia’s handling of the stampede. Nigeria has not criticized the country officially, and many of the nation’s Muslims are divided on whom to blame for the tragedy.

Yakubu Lere, a politician and farmer in Kaduna, lost friends and relatives in Mecca.

“We shouldn’t blame anybody. You know, it’s a congregation of over 2 million people,” said Lere.

“Government should try to ensure that they sponsor, I mean government delegations that will go there and assist in guiding our pilgrims so that this kind of things that are happening will be reduced drastically,” he said.

Saudi officials say 769 people were killed in the stampede, but if some of the missing are confirmed dead, the final number could go much higher.

In this article:Hajj, Mecca, Nigeria