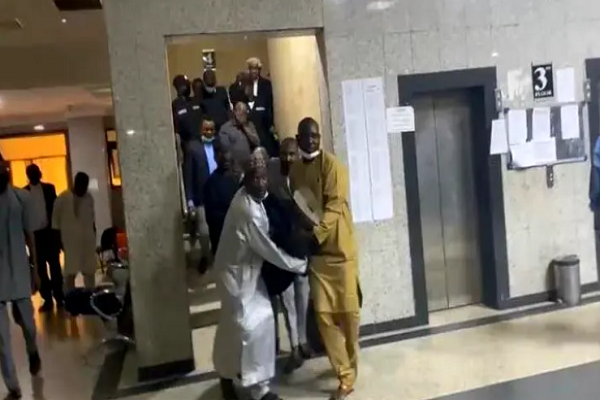 There was panic at the Federal High Court in Abuja on Monday morning when wife of the suspended Deputy Commissioner of Police, (DCP) Abba Kyari slumped.

According to The Nation , the woman slumped when operatives of the National Drug Law Enforcement Agency (NDLEA) were leading Kyari and others away from the court premises.

The Judge deferred ruling on applications filed by Kyari, alongside six other persons facing drug trafficking charges that they be released on bail pending the determination of the case against them.

Kyari was arraigned on eight- count bordering on conspiracy, obstruction, dealing in cocaine, and other related offences.