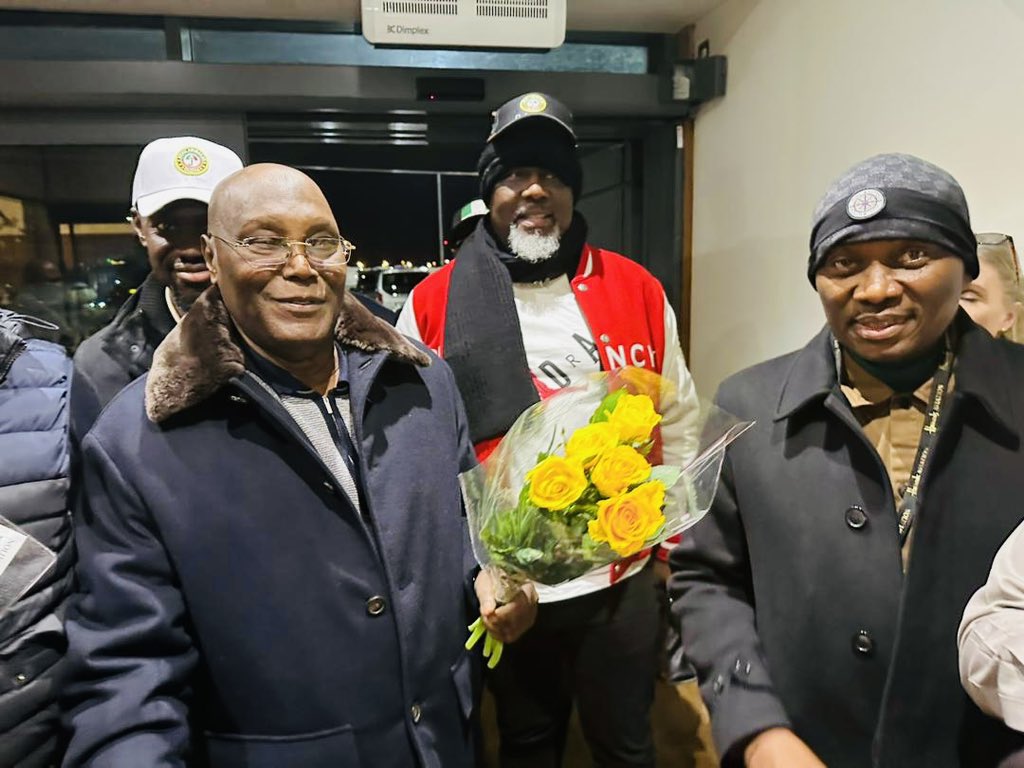 The presidential candidate of the Peoples Democratic Party (PDP), Atiku Abubakar, has arrived United Kingdom on Monday for a two-day visit on the invitation of the British Government, Leadership reports.

Atiku, who arrived London in company of principal officers of his campaign team, will engage British government officials and others in the course of the visit.

According to a spokesperson of the Atiku/Okowa Presidential Campaign, Senator Dino Melaye, the PDP presidential candidate will engage British government organs and as well meet the revered Archbishop of Canterbury, Justin Welby.

Archbishop of Canterbury is the senior Bishop and a principal leader of the Church of England, the ceremonial head of the worldwide Anglican Communion and the Bishop of the Diocese of Canterbury.

Recall that an online newspaper had on Sunday reported that Atiku was critically ill and was evacuated to London from Dubai, United Arab Emirates (UAE) for medical attention, citing an unnamed source in the PDP Presidential Campaign Team.

But, Melaye refuted the ill-health report by the online news platform , describing it as handiwork of ‘unrepentant liars’.

The PDP Campaign spokesperson added that Atiku was in London on the invitation of the British Government as previously extended to other candidates in the Nigeria’s February 25 elections.