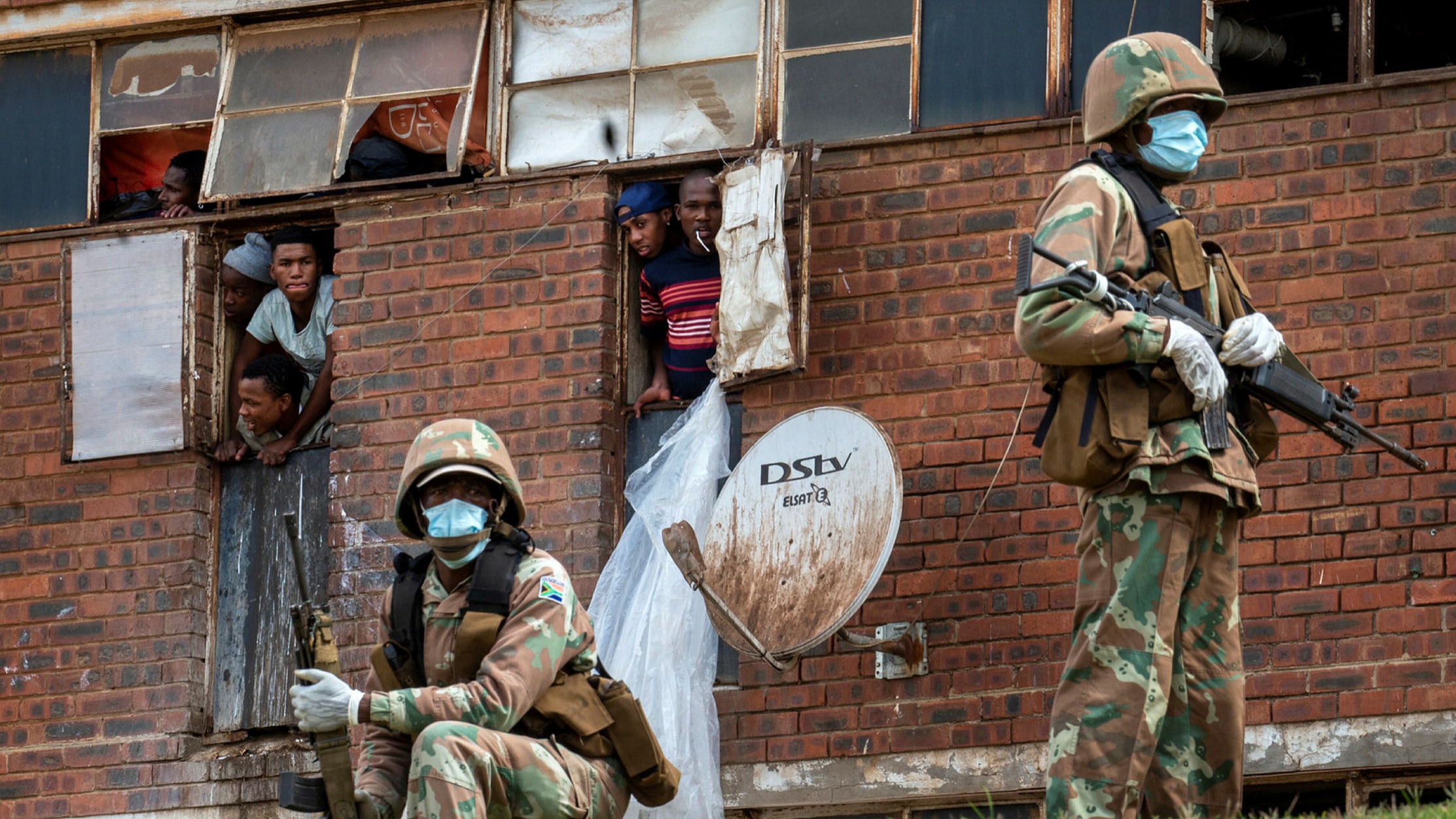 The National Inter- Faith and Religious Organisations for Peace (NIFROP) believes God finally revealed himself to Chadian President Idriss Derby and his French counterparts to prevail against Boko Haram terrorists.

The now repented Derby was guilty of turning blind eyes to the terrorism around the Lake Chad Basin, especially knowing the Nigerian troops can’t trespass its shores.

Under the leadership of Lieutenant General T.Y Buratai, the gallant troops repeatedly decimated the Boko Haram/ISWAP fighters, with the remainder fleeing to neighbouring nations where it found solace.

But in a surprise turn of events, Derby backed by his French allies, recently led an onslaught on the Islamic fighters and NIFROP traced this to a supernatural encounter with God.

In a statement signed by Chairman Board of Trustees, Arch-Bishop Julius Ediwe on Monday, NIFROP disclosed that “Boko Haram terrorists would have become history by now if Nigeria’s neighbours go beyond paying lip service”.

NIFROP urged Niger and Cameroon to sustain the momentum and cooperate with Nigeria to separately but simultaneously launch similar operations in their territories.

The religious group, however, advised authorities to investigate sources of the weapons seized from the Chadian military operation against Boko Haram.

On its part, NIFROP assured the Nigerian troops of its total support, spiritually and physically as they edge closer towards victory over the terrorists.

The National Inter- Faith and Religious Organisations for Peace (NIFROP) is pleased that the Lord our God has finally revealed himself to Chadian President Idriss Déby to prevail against Boko Haram terrorists with the army of his country.

NIFROP had always been of the view that the Boko Haram terrorists would have become history by now if Nigeria’s neighbours go beyond paying lip service to the threat posed by the extremists to the Lake Chad Basin. The terrorists had become attuned to the fact that Nigerian troops will not violate the territorial integrity of the country’s neighbours by conducting operations beyond Nigeria’s borders, hence the hit-and-run tactics of attacking Nigeria and then fleeing into Cameroon, Chad or Niger.

Had the terrorists constantly had the kind of reception they just got from Chad each time they flee into its territory after carrying out attacks against Nigeria then there would not be as many as two scores terrorists left alive in the Basin as of today.

The divine hand that guided the Chadian President and his french allies to lay siege to the terrorist from the Chadian end of the Lake Chad Basin is a welcome development that should be sustained by that country and adopted by Niger and Cameroon. We urge the trio of Cameroon, Chad and Niger to realize that Boko Haram is a toxic terrorist organisation that has no honour and can therefore not be on friendly terms with any nation.

These three neighbours must thus coordinate with Nigeria to separately but simultaneously launch similar operations in the territory of each country so that the terrorists are deprived of the opportunity to regroup. They should no longer be allowed the luxury of being able to flee across international borders whenever there is a military operation against them in one of the neighbouring countries. The Presidents of these nations must be able to say like King David in 2 Samuel 22:38 “”I pursued my enemies and crushed them; I did not turn back till they were destroyed.”

This will effectively make it possible for these countries to support Nigeria by ensuring that the terrorists no longer use their territories to launch attacks on innocent Nigerians. Had this level of commitment been present from these countries in the past four years and coupled with the fierce efforts made by the Nigerian military under the government of President Muhammadu Buhari the end would have come for the terrorists.

NIFROP is further of the view that sources of the weapons seized from the Chadian military operation against Boko Haram should be properly investigate because the images of the seizure clearly confirmed past assertion by organizations like ours that had concluded that there are third party states arming the terrorists to torment the region. The sheer volume, assortment and sophistication of the weapons recovered from Boko Haram confirmed that the Nigerian military has been successfully containing terrorists that are far more dangerous than previously thought.

It is our belief that the Nigerian Army under the leadership of the Chief of Army Staff, Lt Gen TY Buratai at this moment needs prayers on the scale of the ones we are praying for the end of Covid-19 to come. NIFROP is doing the needful in this regard as we appeal to God to strengthen the hands of the state against terrorists. The say that victory is close even as we warn the Army leadership to be wary of demonic agents that will come up with fake news in efforts to break their spirit.

But our troops should be rest assured that God has given them victory over the terrorists and the next few months will see them making progress that will be more than what they have achieved in the last four years. As troops buffet the terrorists on one side, their old allies will turn against them from within, including ISIS and ISWAP because God has heard the prayers of the people of the world. Like he promised in the holy scripture, he will turn our enemies against themselves and give those who believe in him the desired victory.

We are already in thanksgiving mode at NIFROP because the Book of 2 Chronicles 20:22-24 recorded how the children of Israel faced a seemingly unwinnable war but “As soon as they began singing, the Lord confused the enemy camp, 23 so that the Ammonite and Moabite troops attacked and completely destroyed those from Edom. Then they turned against each other and fought until the entire camp was wiped out!” So shall it happen to Boko Haram, ISWAp and ISIS.