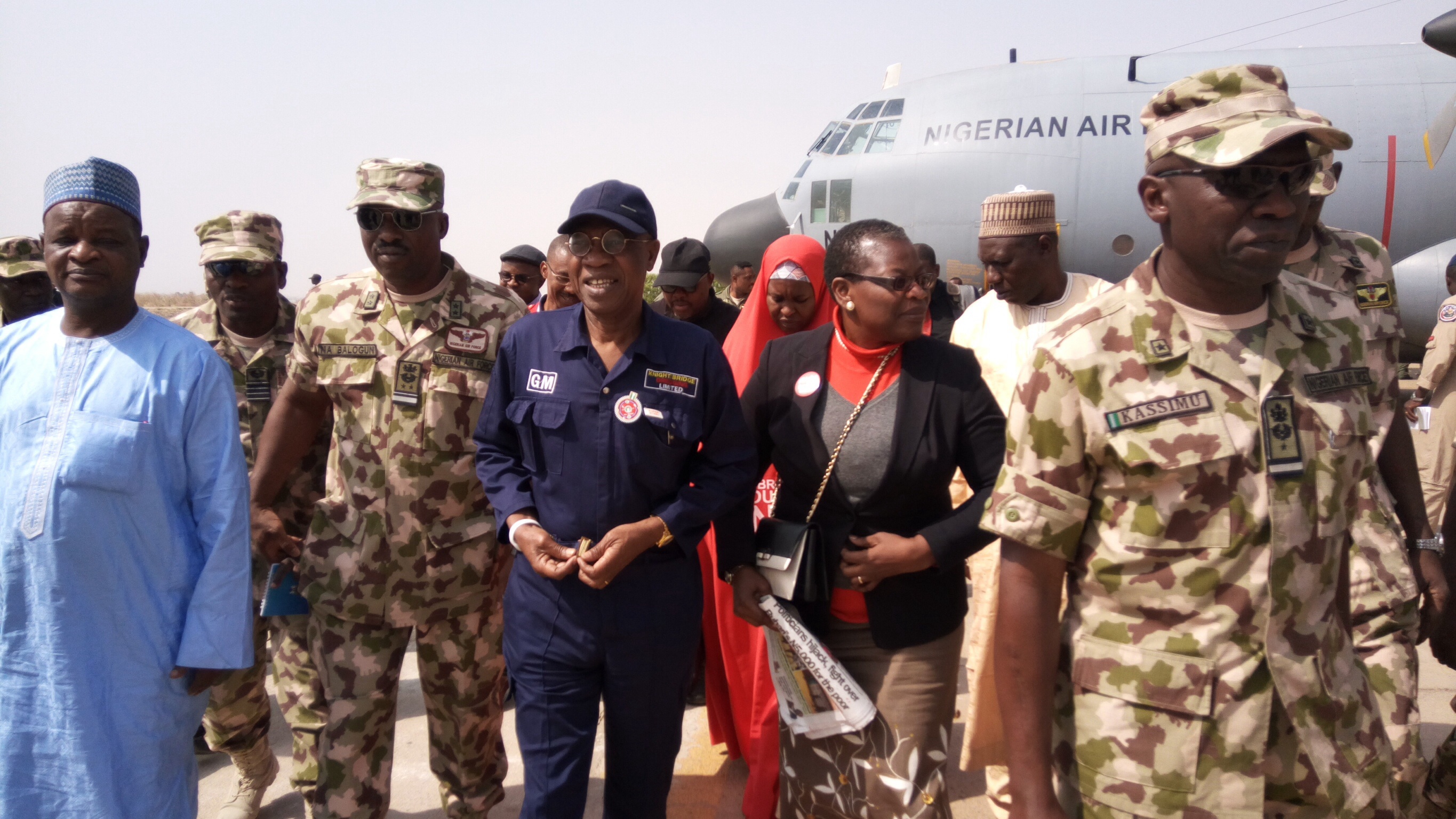 The Nigerian Air Force said on Thursday that the Boko Haram terrorists were back to the Sambisa Forest area of Borno State, but said its fighter jets and attack helicopters had bombed the terrorists’ hideouts 108 times between April and July, 2017.

He noted that there were days that flights had to be delayed or cancelled on account of poor weather.

He stated, “Intelligence surveillance and Reconnaissance reports through the second quarter of 2017 indicated a gradual return of the Boko Haram terrorist activities to the Sambisa Forest. There have been sightings of a few Boko Haram activities in the Sambisa general area, particularly in Parisu.

“Hence, the air component conducted significant ISR missions in the Sambisa general area. On July 3, an air interdiction mission was conducted on Alagarno Camp. Several solar panels were seen on buildings in the location, which indicated that it was being used as a Command and Control facility.

“The NAF conducted air interdiction missions with the F-7Ni, Alpha jets, L-39ZA, Mi-17 and the Mi-35M attack helicopters to neutralise the Boko Haram terrorist targets within the theatre.

“A total of 108 air interdiction sorties were conducted from April to June 2017.”

Recall that the Borno State Government had declared December 22 of every year as Public Holiday to celebrate the defeat of the Boko Haram terrorists by the Nigerian military. The declaration came in the wake of a much publicised visit to Sambisa forest by Bring Back Our Girs convener, Dr. Oby Ezekwesili alongside Minister of Information, Alhaji Lai Mohammed.

Meanwhile, the Minister of Defence, Mansur Dan-Ali, on Thursday, regretted that the nation’s troops, fighting the Boko Haram sect, could not dominate the environment in the rainy season like they did during dry season.

Notwithstanding the challenge, Dan-Ali said efforts were ongoing to stop the ambushes regularly laid by the terror group.

The minister spoke with State House correspondents after a meeting which acting President Yemi Osinbajo had with security chiefs at the Presidential Villa, Abuja.

Dan-Ali said the service chiefs were directed to move back to the Command Centre in order to be abreast of what was happening there.

The minister stated that it was resolved at the meeting that the government should procure more surveillance devices that would be able to see potential attackers from a distance.

Dan-Ali added, “We just finished a meeting with the acting President and the three service chiefs. We agreed that they should move back to the Command Centre and see what are the things happening there.

“We have also agreed that we should get more surveillance devices, cameras that will be able to see distant attackers coming to the position of our troops.

“Also, the rainy season is a difficult moment for us. We cannot dominate the environment like what we did during the dry season but effort is geared towards regaining our areas.

“We assure Nigerians that all these ambushes that are happening regularly would be stopped.”