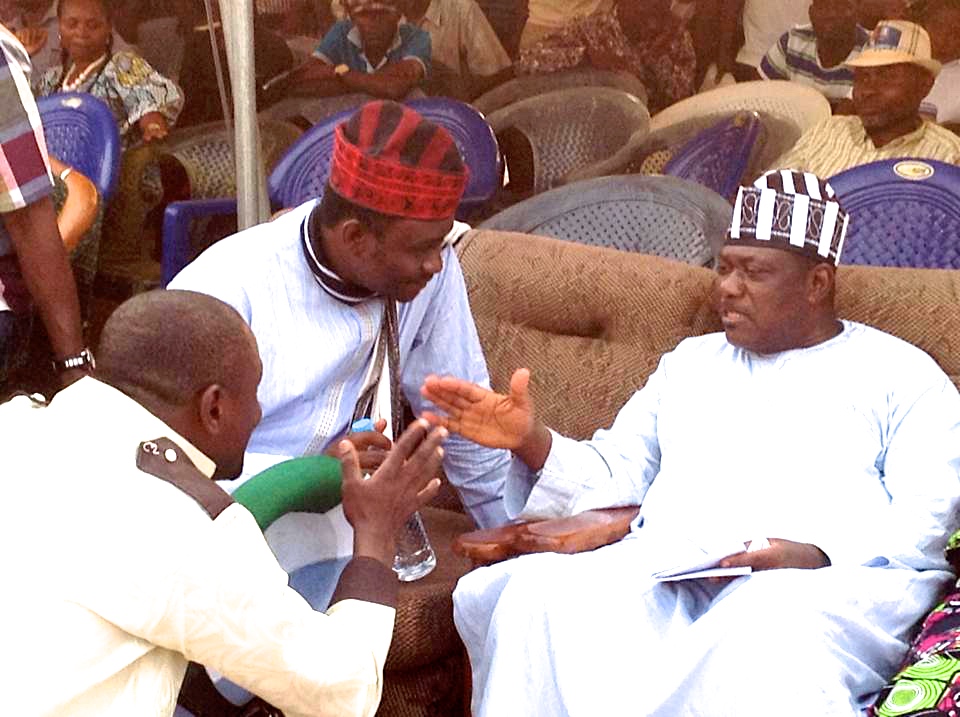 Comrade Mike Ogidi Ocheibi, the National Coordinator, Idoma Youth Vanguard has said that the lies and propaganda of the APC Benue South senatorial candidate, Daniel Onjeh are becoming too unbearable for the people.

In a statement issued in Otukpo, Benue State on Friday, Ocheibi accused Daniel Onjeh and his team of propagandists of inciting the general public with inundated fallacies.

Below is the full text of the statement;

Gentlemen of the Press,

It is with heart of joy and utmost humility that I address you this day, on salient issues bothering on decency, morality and sanctity of the great people of Benue South.

Since the annulment of the election into Benue South Senatorial seat and the attendant electioneering activities geared towards the scheduled rerun election; we have seen, witnessed and observed with greatest dismay, the manner in which the APC candidate for the rerun election, Mr. Daniel Onjeh and his team of propagandists have been inciting the general public with inundated fallacies.

Ordinarily, I wouldn’t have bothered to dignify any of them with response, and coupled with the fact that, the people of Benue South are beginning to get fed up with their lies and deceits; but for the records, it is worthwhile to further expose their antics, especially, as it is clothed with elements of threat to peace, unity and tranquility of the people.

Interestingly, these people who peddle and sell these lies are never on ground in the senatorial district. Ever since their flagoff campaign in Otukpo, where they imported and rented outsiders to deceive some of their gullible audience that the rally was attended by Idoma people; nothing has been heard or seen of them in our land, except the recent meeting where the newly defected elders wooed Onjeh to step down for one of their own, Chief Mike Onoja.

Only this morning, I read it somewhere that the embattled Director of Media and Publicity of Daniel Onjeh Campaign Organization, Mr. Okpokwu Ogenyi addressed a Press Conference in apparition in faraway Tiv land, where he was quoted as saying Senator Mark was “planting false stories” about the meeting held in Otukpo at the instance of Chief Mike Onoja.

As unprofessional and inefficient as Mr. Ogenyi would appear, instead of concentrating on his malevolent style of telling lies and, in an attempt to exhume the already drowning APC candidate in the eye of the press; he willfully dabbled into avalanche of gainsaying and in the middle, got himself entwined in the cobweb of his own misgivings.

Instead of Ogenyi to tell the public what actually transpired at the Otukpo meeting and what made it end in deadlock, he was caught in-between telling lies to support a lie and telling fresh lies to incite the public.

That was the main reason why he almost lost his job as Director of Media early this week. The APC candidate discovered that they were not faring well on the media lately as the people always mobilize themselves to refute their lies, word for word, each time it is told.

In an attempt to secure his job and even after he has failed to account for the monies he claimed to have expended on publicity and social media propaganda on the Otukpo rally, Okpokwu Ogenyi who is known for nothing except mischiefs, is now embarking on shameless campaign strategies that are no longer in vogue.

How on earth does Okpokwu Ogenyi want any reasonable human being to subscribe to his cheap lies that it could be possible to buy and stock the Permanent Voter’s Card (PVC) in the face of the technological card reader and electronic devices in use?

Anybody who is close to Ogenyi should tap him and wake him from his slumber and diffuse the 21st century digital mentality into his cigarette damaged brain.

It is also very imperious to let the press and members of the public know that, there is no iota of truth in Okpokwu’s aberrance where he alleged that our Most Distinguished Senator David Mark GCON was “importing thugs from our neighboring states ahead of the poll”.

Like every other lies in the past, this too, is one of the results of impaired annihilation that Okpokwu Ogenyi is battling right now, as a result of his drug addiction.

For the records, it was only the APC, through the office e of the Governor, Pastor Samuel Ortom that are currently recruiting thugs and sewing Military uniforms for them to disguise as Military Personnel and destabilize the February rerun election. The state chapter of the PDP has already alerted the public on this.

Finally, it is on record that Senator David Mark has been preaching peace and admonishing his supporters to be law abiding and that, his “ambition is not worth injuries and lives of human beings”; even when it is also on records that the deputy Governor of Benue State, Benson Abounu has declared that there would not be any election as they have decided to come and “snatch” the seat.

Gentlemen of the press, let me leave you with this, that Senator David Mark has never won any election through violence means and he would never contemplate it now that the whole world holds him in high esteem.

The growing number of volunteers including the Idoma Young Professionals, Idoma Dreams, Idoma Youth Vanguard , David Mark fans club, the Women Wing, Elders Forum among others attest to the popularity and acceptance of Senator Mark.

For us, there is no challenge because the Idoma people have made a choice in Senator Mark and there is no going back. I am just convinced that our principal will win convincingly.

The people have always showed their solidarities and come February 20th, they would again reciprocate the good work of the man who has done so much for his people, to their admirations and to the consternations of the jealous outsiders.

Thank you for the audience.