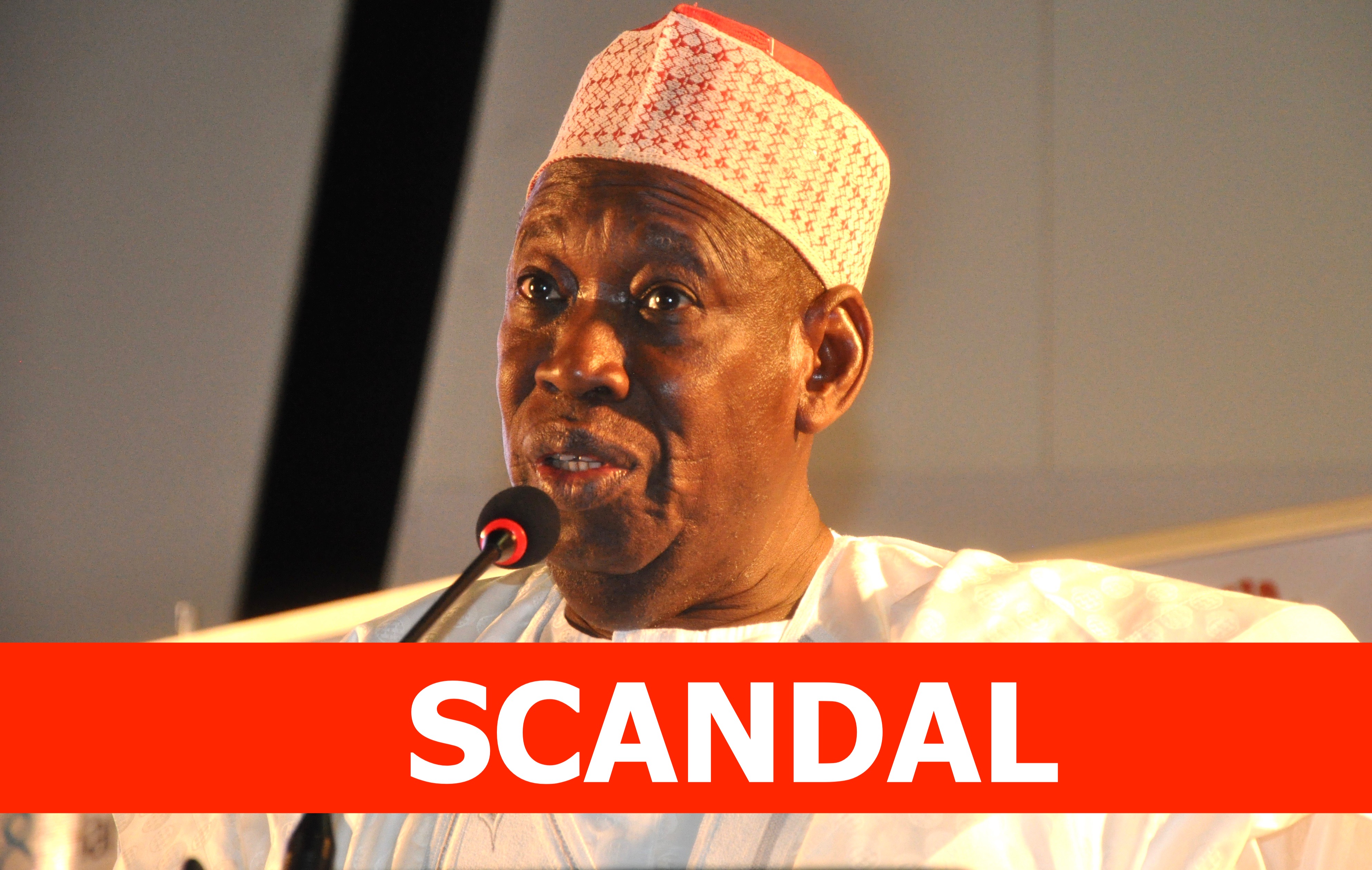 The latest video shows Ganduje, speaking with his guests while receiving documents and stacks of dollars.

Episode 3 is out of Gandollar.
The Barawo “Thief” of Kano was saying as he collected bribe that he didn’t see money as Deputy Governor. pic.twitter.com/AI3WKw9Z6T

The footage also exposed the names of the contractors, projects and the voice of the purported bribe giver.

It also has the translation in English with dates and timelines. This time around, Governor Ganduje appeared in Black Kaftan.

Unlike the previous videos officially released by Daily Nigerian, the latest is suspected to have been released by other parties who could have had access to them after copies were released on request to security agencies and Kano State House of Assembly.

“I swore an oath with the Holy Quran before tendering the several videos at the Kano State Assembly and I could not have been responsible for the current video trending on social media.

“Therefore, Daily Nigerian did not release any other video after the appearance before lawmakers,” Jaafar said on Wednesday.

Jaafar had published two videos showing the governor receiving bundles of dollars and putting them into his white dress known as ‘babanriga’ in the northern part of Nigeria. Drama as ex-wife married off daughter without father’s consent

There was a mild drama in Kano after a resident of the state, one Alhaji Muhammad, decided to take his ex-wife to court for...