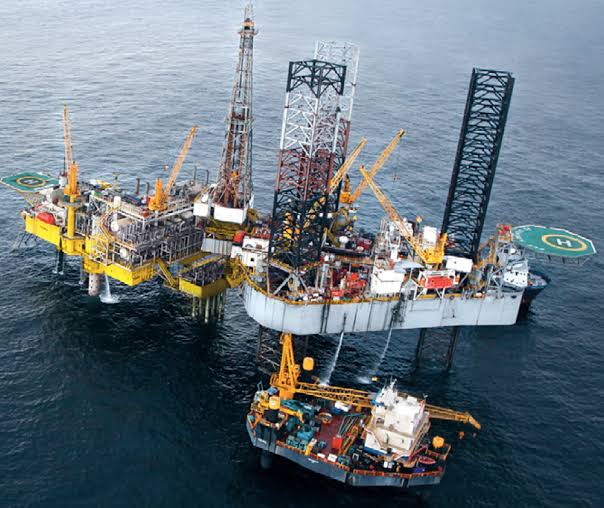 Despite an attack from alleged fraudsters, Lekoil’s shares have clawed back value writes,

On 13, January 2020, shares of Lekoil, an indigenous oil and gas company headquartered in Lagos, but listed on the Alternative Investment Market (AIM) of the London Stock Exchange (LSE), were suspended from trading for reasons linked to an announcement the company made on 2, January.

Before the close of business that day however, the shares were cleared to resume trading: A testament to AIM’s satisfaction with steps taken by Lekoil to handle the situation that led to its shares suspension.

As expected, the shares took a beating the next day (14, January) but successfully clawed back some value in the early on 15, January (closing the day with 21.60% price appreciation).

Back to the events of 2, January. At exactly 7.00am on that day (2, January), Lekoil announced, through its website, that it had secured $184million in funding for the appraisal drilling and initial development activities on the Ogo field within OPL 310 based on a facility agreement signed with the Qatar Investment Authority (QIA), the sovereign wealth fund of the State of Qatar.

The statement indicated that, the facility agreement was arranged by Seawave Invest Limited, an independent consultancy firm which specializes in cross-border transactions based in Accra Ghana.

But 10 days later (12, January) facts emerged that questioned the validity of the deal. As a matter of fact, the QIA approached Lekoil’s legal advisers to draw attention to the lack of merit in the funding arrangement announced by the company.

Lekoil’s journey to the 2, January announcement was a long one. And from the facts available, Lekoil acted like any other company seeking to raise funds for a major project, without diluting its shares.

Lekoil was introduced to a broker, Seawave Invest Limited and seemed to engage in good faith with individuals who presented their credentials as QIA representatives.

During the engagement the Company’s Non-Executive Directors, commissioned a third party was to conduct due diligence on Seawave-Invest Limited which seemed to find no proverbial “red flags”.

It also appears that Lekoil sought advice in relation to the transaction from its counsels and advisers.

However, these steps were unable to detect any falsehoods in the true nature of the facility being put together by Seawave Invest Limited. When however, the truth came to light, Lekoil was quick to follow best practice and report finding to relevant authorities.

A commendable response
Lekoil took a number of strategic steps which earned its shares a place on the trading deck the next day. Firstly, it notified AIM of the true state of things given the new revelations.

“The “Facility Agreement” or the “Transaction” seems to have been entered into by the company [Lekoil] with individuals who have constructed a complex facade in order to masquerade as representatives of the QIA,” the company said in a detailed press statement posted on its website and sent to the management of AIM.

Secondly, the statement indicated that there will be a spirited attempt to get to the root of the matter so as to bring the culprits to book. “The Company [Lekoil] will be contacting the relevant authorities across a number of jurisdictions without delay, with regard to what appears to be an attempt to defraud Lekoil,” the published statement added.

Thirdly, the board of Lekoil appointed Mark Simmonds and Tony Hawkins, who are Independent Non-Executive Directors of the Company, to investigate the origination and execution of the botched Facility Agreement, what steps can be taken to retrieve any monies already paid in association with the Transaction and the Company’s wider corporate governance practices.

Mr. Simmonds and Mr. Hawkins were appointed to the Board after the signature of the failed botched Facility Agreement and did not have any connection with the origination or execution of the Transaction, making them suitable, in the wider Board’s opinion, to lead a fully independent review. They will be assisted by third party forensic investigators and legal counsel, as appropriate.

What degree of exposure?
The failed deal is a reminder of how musky the capital acquisition waters and business in the 21 Century are. In August 20019, Toyota Boshoku Corporation, a major supplier of Toyota auto parts reported that it was fleeced of over $37million by fraudsters. In November of the same year, business email compromise (BEC) attacks costs American media giant, Nikkei $29million. The list of companies hit in similar manner in 2019 is much longer.

“Clever fraudsters have invaded the business space too & it is not only cybercrime. Individuals & Corporates need to be constantly alert & on their toes; the fraudsters are getting smarter. Lekoil has become the latest victim. Lekoil must chin up & bounce back,” Mr. Atedo Peterside the Founder, Stanbic IBTC Bank Plc said in a tweet, in response to news about Lekoil and the development that have come to the fore.

But the failure of the Lekoil deal naturally came with costs. There was the loss of $600,000 committed to the firm that brokered the failed deal and those associated with the deal (outside Lekoil). Apart from this, no capital commitment was made based on the anticipated loan drawdowns.

The facility was not secured against any other assets or interest of Lekoil, including in particular, its interest in the producing Otakikpo marginal field. It is also important to note that none of the security documents, as part of the facility have come into effect.

The events notwithstanding, Lekoil has an attractive portfolio. Its management has vowed to secure the requisite funding to develop its assets. Production from Lekoil’s Otakikpo marginal field remains steady with a gross production of cira 5,700 bopd (2,300 bopd net to LEKOIL) with the potential to increase towards 20,000 bopd (8,000 bopd net to LEKOIL) following the execution of a Memorandum of Understanding (“MOU”) which was announced on the 1st of July 2019.

The MOU was executed between the Otakikpo Joint Venture partners, Schlumberger and a Nigerian subsidiary of a major international oil company (“IOC”) which has been operating in Nigeria for more than 50 years to cover a project to provide comprehensive infrastructure sharing and a drilling programme around a group of marginal field assets, including Otakikpo, in OML 11.

The development is expected to include drilling of up to five new wells with a total project costs of $170m ($68m net to LEKOIL). The funding for this programme is expected to be provided to the Otakikpo Joint Venture by a consortium made up of the IOC subsidiary and some financial institutions.

The Company remains fully focused to generate value on this asset for all shareholders through organic growth initiative.

Consideration for the acquisition of US$5m is to be paid in tranches which are linked to receipt of license extension and Ministerial Consent.

There are indications that Lekoil will overcome the setbacks associated with the failed QIA facilities bid. The size of the company’s assets suggests that it has done a great job of raising and deploying capital in the past. Indeed, there will be many more capital; rasing and deployment efforts in the future.

At exactly 5.24pm on 25, January, Mr. Peterside tweeted “I was on the Board of Lekoil until a few years ago. Focused & honest team led by Lekan Akinyanmi, Founder. Lekoil still have a producing oil field and successfully raised large financing in the past. I look forward to seeing them bounce back. They can,”

‘ There are indications that Lekoil will overcome the setbacks associated with the failed QIA facilities bid. The size of the company’s assets suggests that it has done a great job of raising and deploying capital in the past.