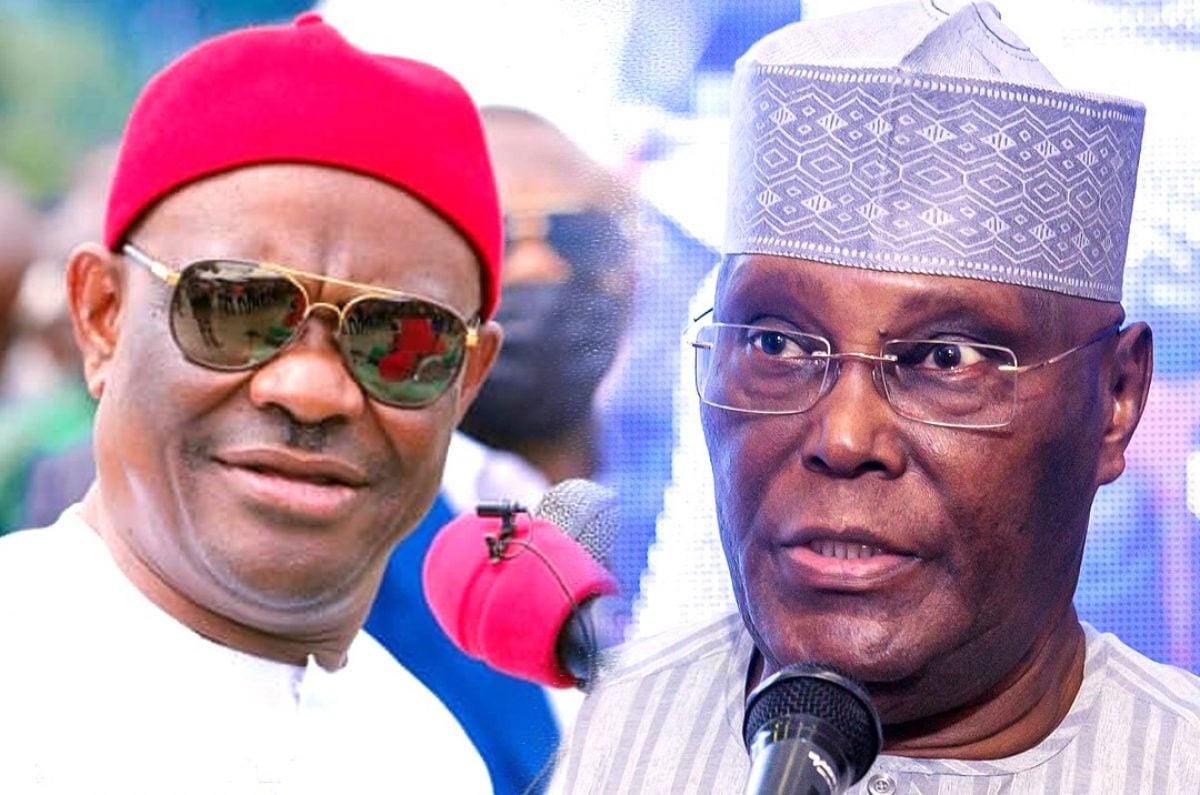 Rivers State governor, Nyesom Ezenwo Wike, has clarified that the intent of his comment on the endorsement of the presidential candidate of the Labour Party (LP), Peter Obi, by former President Olusegun Obasanjo, instead of his former deputy and current Peoples Democratic Party (PDP) presidential candidate, Alhaji Atiku Abubakar, stemmed from his concern for the opposition party.

Wike gave the explanation on Tuesday when he spoke at the Mgbuodohia Community Primary School premises, venue of the flag-off of the construction of Mgbuodohia Road in Rumuolumeni Town of Obio/Akpor local government area of the State.

The governor observed that Obasanjo had served as President on the platform of the PDP with Alhaji Atiku Abubakar as his vice president for eight years, hence, ideally, he should have been in a better position to solicit for support from Nigerians on Atiku’s behalf with confidence.

He noted that if such was not done by way of endorsement, then something was fundamentally wrong that should elicit concern by members of PDP.

Wike said: “I meant no bad. I’m only worried as a prominent PDP member. A man who loves PDP should be worried. I was not mocking anybody. I was merely worried. My prayer was, look, let Obasanjo remain quiet and not say anything. That was all my prayer, but my prayer didn’t work.

The governor insisted that for Obasanjo to have gone ahead to endorse Obi instead of his former deputy, it means something must be fundamentally wrong.

He wondered that instead of people in the party to look at the issues critically, and ponder on what could be done with the seeming wrong, they were rather abusing him.

Wike said: “What did I do? I didn’t do anything. All I did was to express concern. If you care for this party, it is for you to go back and ask what is fundamentally wrong?

The governor insisted that it is only those who love the PDP that would be bent on ensuring that nothing untoward happened to it.

He noted that those who abusing him were jobbers and political flirts, who jump from one party to another every other day, with one of them now a spokesman of the party.

Wike added: “They are not bothered, but those of us who since 1998 joined this party, contributed for the survival of this party until now, we keep shouting always when we see danger coming.

“Abuses upon abuses, it will not change anything, rather it will spoil more things. What you don’t know, ask people, seek for advice, people will help you to solve the problem.”

The Rivers State governor, who said abusing members of the rebellious Integrity Group of the PDP will only complicate the lingering crisis in the party, cautioned those who were issuing threats of possible punitive action against the G5 governors to perish the thought.

He said: “Nobody can drive us from this house we have built. All of us will fight here. So, if anybody thinks that you can just sit in your house and dish out orders, it will not work. The house will collapse on you. So, you better think twice.”

Wike also flayed a former PDP national chairman, Prince Uche Secondus, insisting that the companies that bided and got the contract awards for projects sited in Andoni were introduced by him.

The governor said: “The companies were paid, but those projects were never executed and Prince Uche Secondus cannot extricate himself from the companies that got those jobs.”

He stated that the soul and strength of the All Progressives Congress (APC) have departed, leaving the carcass and, therefore, cannot get any electoral support from Rivers electorate at the forthcoming elections.

Wike specifically pointed to the level of support that Chief Anele Orobule, a die-hard believer in the former Governor Chibuike Amaechi, gave to the APC but was disgraced because of failed promises.

The governor mentioned that even when former Governor Rotimi Amaechi awarded the Rumuolumeni-Rumuepirikom Road, it was abandoned, but under his administration the project has been completed.

He said in addition, his administration reconstructed the impassable Naval Road and the Mgbuosimini-Nkpor Road.

Wike urged the people of Rivers State to be wary of the APC governorship candidate, Tonye Cole, whom he accused of fronting for Amaechi because they do not mean well for the State.

Providing a description of the project, Rivers State Commissioner for Works, Dr George-Kelly Dakorinima Alabo, said the Mgbuodohia Road is 5.1KM long, will be 7.3 meters wide with offshoot drain of 6.5KM long.