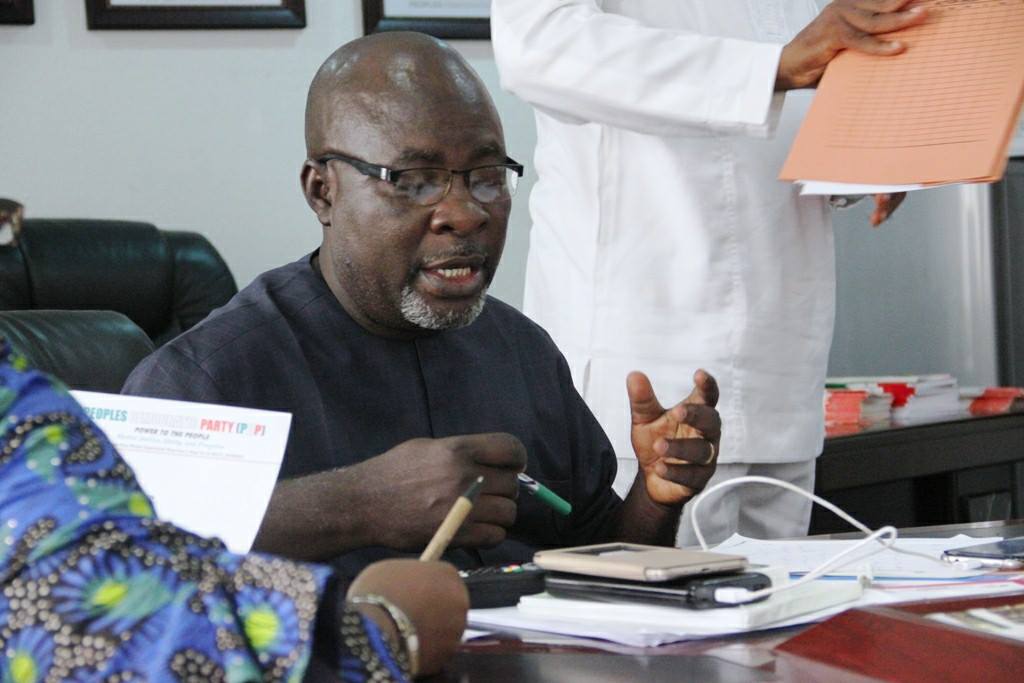 The National Working Committee of the Peoples Democratic Party (PDP) has suspended Hon. Ndudi Elumelu and six others.

They had been summoned on Thursday by the NWC over the role they were alleged to have played in the minority leadership tussle at the House of Representatives on Wednesday.

According to the NWC, their action was an act of insubordination, hence they are to proceed a month-long suspension.

Meanwhile, the House of Representatives has set up an ad-hoc committee to investigate the incident.

The incident occurred on Wednesday after Speaker, Femi Gbajabiamila, ignored a list by the PDP in which Kingsley Chinda was nominated as the Minority Leader of the House.

He rather chose to use another list submitted by lawmakers from all the other opposition parties in the House.

Subsequently, Ndudi Elumelu was announced as the Minority Leader – a situation that led to protests as some aggrieved lawmakers attempted to take the maze.

Meanwhile, the Speaker has announced Alhassan Ado Dogowa as the majority leader, while Hon. Peter Akpatason (Edo) will serve as the Deputy.