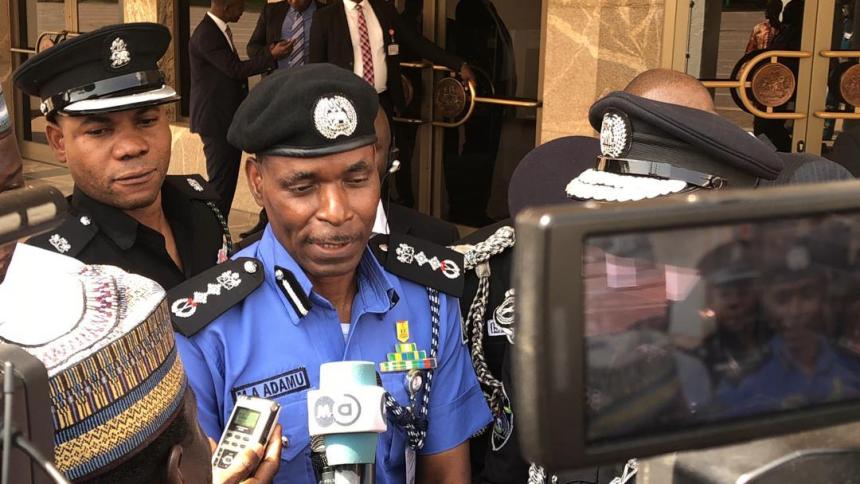 The Kano State Police Command has arrested three suspected Boko Haram commanders. Along with 87 other suspects, they were paraded for various offences ranging from kidnapping, armed robbery, theft, and banditry.

Kano state Commissioner of Police, Ahmed Iliyasu, said one of the Boko Haram suspects was arrested at a Hotel in Sabon Gari quarters, while the other two were apprehended during a raid at their hideout within the metropolis.

According to him, there are clear indications that Boko Haram insurgents were making attempts to regroup in Kano state, adding that they all confessed to being members of the dreaded terrorist group.

IIliyasu explained that one of them was heading towards Adamawa state from Abuja but made a stop-over in Kano where luck ran out of him and was eventually arrested in a hotel. He said that three kidnapping suspects were also arrested by a team of police men drafted from Kano to Kaduna for abducting a four-year old girl, Khadijat Riliwanu of Naibawa Quarters, who was rescued at the residence of the female suspects.

He said 10 bandits were intercepted at Koki Quarters in a Toyota Hiace Bus heading to Badawa Quarters. When the vehicle was searched, they were found to be in possession of 22 various dangerous weapons, including long knives, short knives, large quantity of hard drugs, and intoxicating/ hallucinating substances, with new weapons of violence known in local parlance as ‘fate-fate, tsitaka and barandami.”

Iliyasu further stated that 61 suspects were arrested at various criminal hideouts, while one Aminu who graduated from Kano University of Science and Technology, now undergoing a Master degree progarmme at Bayero University, Kano (BUK), was arrested alongside his accomplice for stabbing the night guard of the University and was found to be in possession of 15 stolen laptops.

He said six armed robbers and kidnap suspects were arrested while Bashir Sani of Rimin Kebbe Quarters, Kano was apprehended in possession of a single barrel gun loaded with 15 rounds of cartridges, adding that during investigation, another one locally-made gun, one chemical/pepper spray, one jack knife, one walkie-talkie, one handcuff and a police belt were recovered from him.