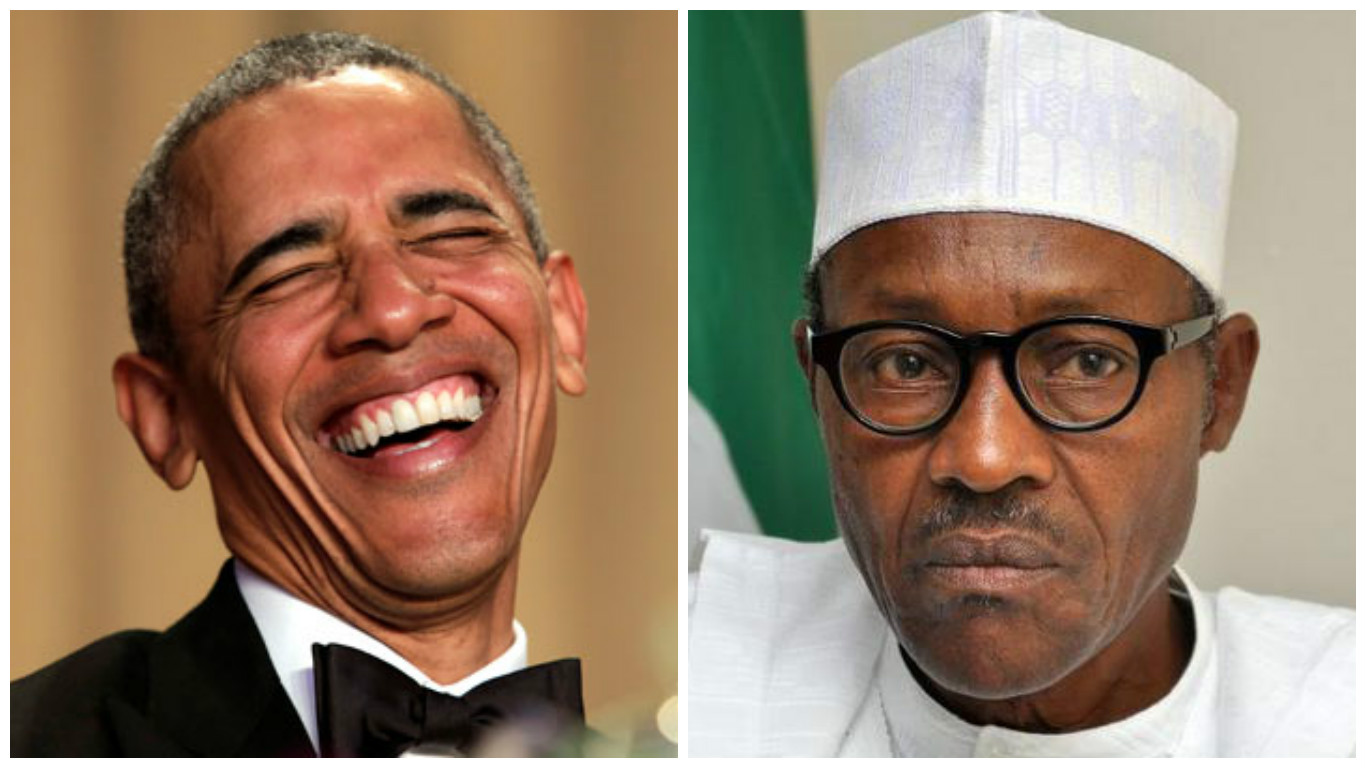 Nigeria’s President Muhammadu Buhari has been accused of plagiarizing a speech by United States’ President Barack Obama during the launch of the ‘Change Begins With Me’ campaign in Abuja last week.

According to a report by Premium Times, Buhari allegedly plagiarised President Obama in the speech he delivered while launching the project.

Buhari allegedly lifted quotes from a 2008 speech by Obama, just as the Nigerian government’s ‘Change Begins With Me’ campaign has also suffered another damaging allegation that it was stolen from a similar effort, ‘Not in My Country’.

Buhari on August 8 launched the ‘reorientation’ campaign in Abuja as part of his government’s strategy to make Nigerians eschew “dishonesty, indolence, unbridled corruption and widespread impunity” and embrace daily introspection over their “immoral” conducts.

He also used the occasion to sue for national consensus amongst Nigerians on issues ranging from spirit of service to patriotism.

“We must resist the temptation to fall back on the same partisanship, pettiness and immaturity that have poisoned our country for so long. Let us summon a new spirit of responsibility, spirit of service, of patriotism and sacrifice. Let us all resolve to pitch in and work hard and look after, not only ourselves but one another.

“What the current problem has taught us is that we cannot have a thriving army of rent seekers and vested interests, while the majority suffers,” Buhari said.

But facts have emerged indicating these quotes are not original to Buhari.

Premium Times reports that Adeola Akinremi, a columnist with Lagos-based Thisday newspaper, was the first to spot possible instances of plagiarism between Buhari’s speech and a speech delivered by Obama when he was first elected in 2008.

In a speech delivered after his victory on November 4, 2008, Obama said to a crowd of enthusiastic supporters:

“Let’s resist the temptation to fall back on the same partisanship and pettiness and immaturity that has poisoned our politics for so long.

“So let us summon a new spirit of patriotism, of responsibility, where each of us resolves to pitch in and work harder and look after not only ourselves but each other.

“Let us remember that, if this financial crisis taught us anything, it’s that we cannot have a thriving Wall Street while Main Street suffers.”

After highlighting the seeming plagiarism, Akinremi said the act was “unethical” and lampooned Buhari for allegedly indulging in it.

“It is immoral to plagiarize other people’s work, but even worse to use dishonesty to launch a campaign about honesty.

“When you use another person’s work without acknowledgement, you have plagiarized. You simply pretend as if it is your own. It is unethical. It makes a mess of the campaign from the start. That is what Buhari has done, nobody will believe in the ‘change begins with me’ campaign, because it was built on lies,” Mr. Akinremi said.

When contacted by Premium Times on Friday morning, presidential spokesperson, Garba Shehu, said he was just becoming aware of the allegation and that the presidency would investigate.

Only last Tuesday, in what appeared a striking similarity to the “Make America Great Again” campaign slogan of US Republican presidential candidate Donald Trump, President Buhari called on Nigerian youths to make Nigeria great again through pursuit of knowledge, patriotism and commitment to values that promote national unity.

He made the call while receiving over 100 National Youth Service Corps (NYSC) members serving in Daura local government area of the state.