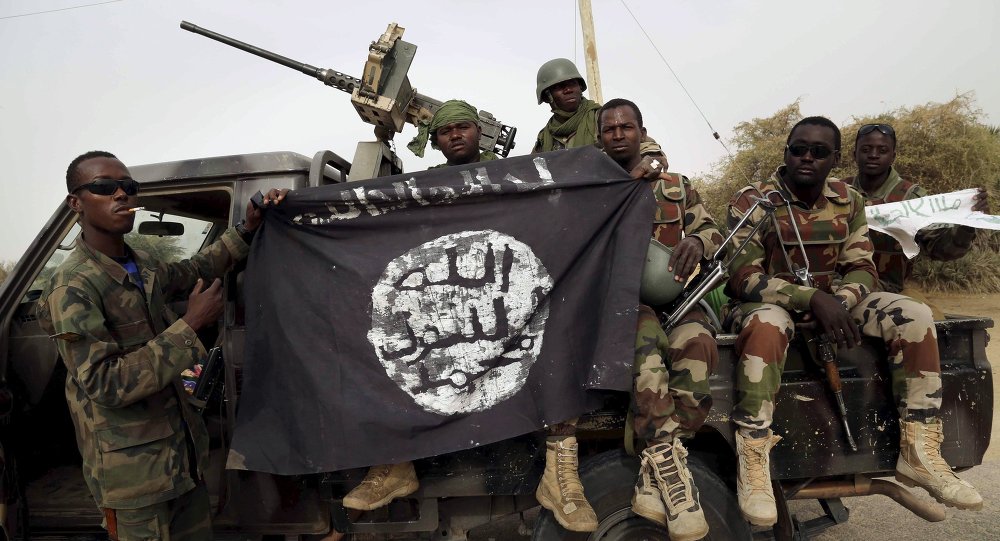 The marks of terrorist rule start to appear a couple of hundred kilometres north of Yola, capital of Nigeria’s Adamawa state. Bombed churches and burnt-out political offices sit decaying in Hong, one of the southernmost towns taken by Boko Haram. Broken-down tanks adorned with the jihadists’ emblem litter the road. Deep in the self-proclaimed caliphate, signs advertising un-Islamic goods and services have been blotted out in black. In shaky Arabic, the words “There is no god but Allah” are tattooed on walls.

Nigeria has made gains against the Islamic State-affiliated insurgency, which at the height of its power occupied an area of the north-east roughly the size of Belgium. Pushed out of most major settlements now, its fighters are hiding in the scrublands of the Sambisa forest and across the border in Cameroon. Morale among Nigeria’s soldiers has soared. They are better equipped, and better liked, than in years. Children smile and salute them in the streets. “They brought this land back to us,” said one woman farmer, who lost two children when the insurgents took Michika, a town in Adamawa, in 2014.

In the safer reclaimed spots in this state, life is improving. Torched farms are being replanted, markets have reopened and cars have returned to the roads. Citizens are rebuilding bridges bombed by Boko Haram. Shattered banks are opening new branches in bigger settlements like Mubi, re-establishing exactly the kind of “Western” economy that the insurgents revile (the name Boko Haram means roughly “Western influence is forbidden”).

Flyers distributed in Adamawa by Nigeria’s armed forces tell locals to take heart. “Your villages are safe now,” read the pamphlets, which were dropped (with no hint of irony) from helicopters. Authorities across the region promise to close refugee camps in the coming months. In Borno, the worst-affected state, the governor says he has begun rebuilding properties in “accessible” towns such as Bama.

Non-profit organisations are worried, though. They complain that leaders have downplayed the scale of the humanitarian crisis. They also worry about sending displaced people back to unsecured towns. Militants still stage murderous raids on villages where vigilantes are more visible than the military, and suicide bombers attack markets or non-extremist mosques with terrifying regularity. Almost 50 people died in twin attacks on the capitals of Adamawa and Borno states last weekend alone. “Most locations are not ‘safe’ from Boko Haram,” one Abuja-based diplomat says. “The Nigerian army has not finished operations, and is far from doing so.”

The north-east is among Nigeria’s poorest regions, and many returnees are afraid to go back to farming, which is the only work many can find. Instead, they rely on overburdened relief agencies for food. The most recent counts from the International Organisation for Migration suggest that people are still fleeing their homes in Nigeria’s north-east. A “conservative” tally put the number of displaced at 2.15m in August, and rising. Now is not the time to force them back into villages beleaguered by Boko Haram.

In this article:Boko Haram, Nigeria