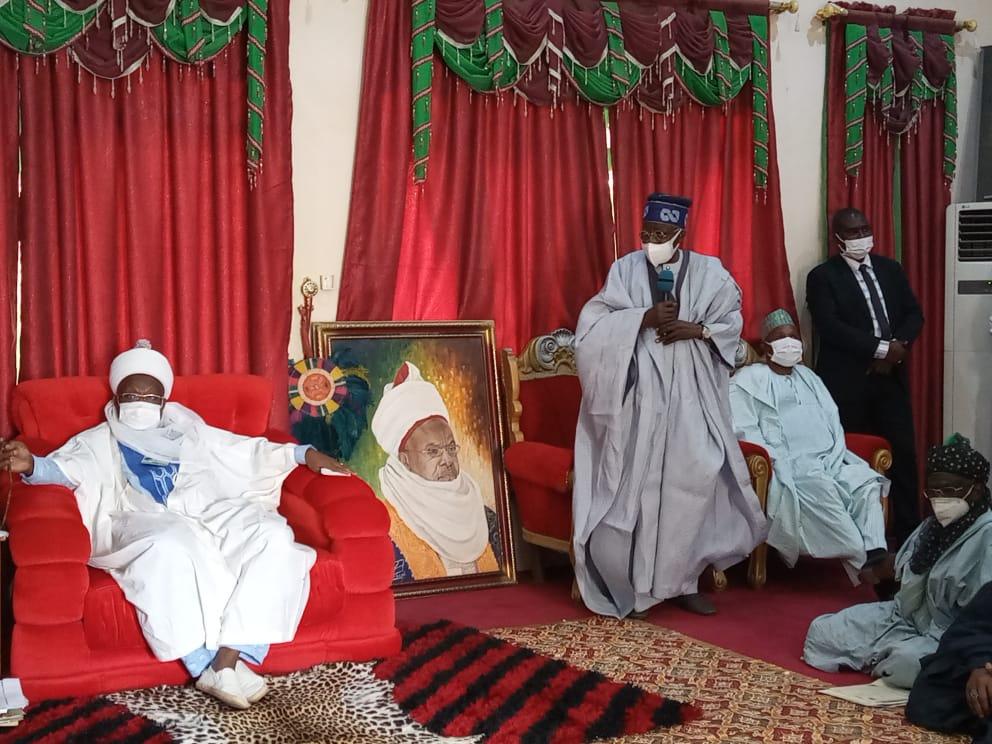 The National Leader of the All Progressives Congress (APC) and Former Governor of Lagos State, Bola Tinubu have announced a donation of the sum of N50 million to victims of the Katsina Central Market Fire.

Tinubu made the announcement on Wednesday during a condolence visit to the Katsina State government and victims of the fire.

He was received by the state governor, Aminu Masari, and other top government officials in the state.

He commiserated with victims of the fire and advised that market activities resume despite the level of damages and destructions recorded.

According to him, life must continue.

The APC leader while addressing journalists said the purpose of the visit is to sympathise with the victims of the fire and promote unity.

He expressed shock over the unfortunate incident and emphasised the need to promote unity and collaboration among Nigerians adding that Nigerians must be their brother keepers.

Eyewitnesses attributed the fire to the explosion from gas cylinders sold in one of the shops.

Following the fire outbreak, a six-man delegation from the Federal Government on Tuesday visited the affected market including the Katsina Government House to also commiserate with the victims.

The FG delegation was received by the Chairman of Traders Union Abbas Labaran Albaba and some selected members of the union including some victims.

The delegation went round with the market officials and victims to get first-hand information and access the level of damages in the affected areas.