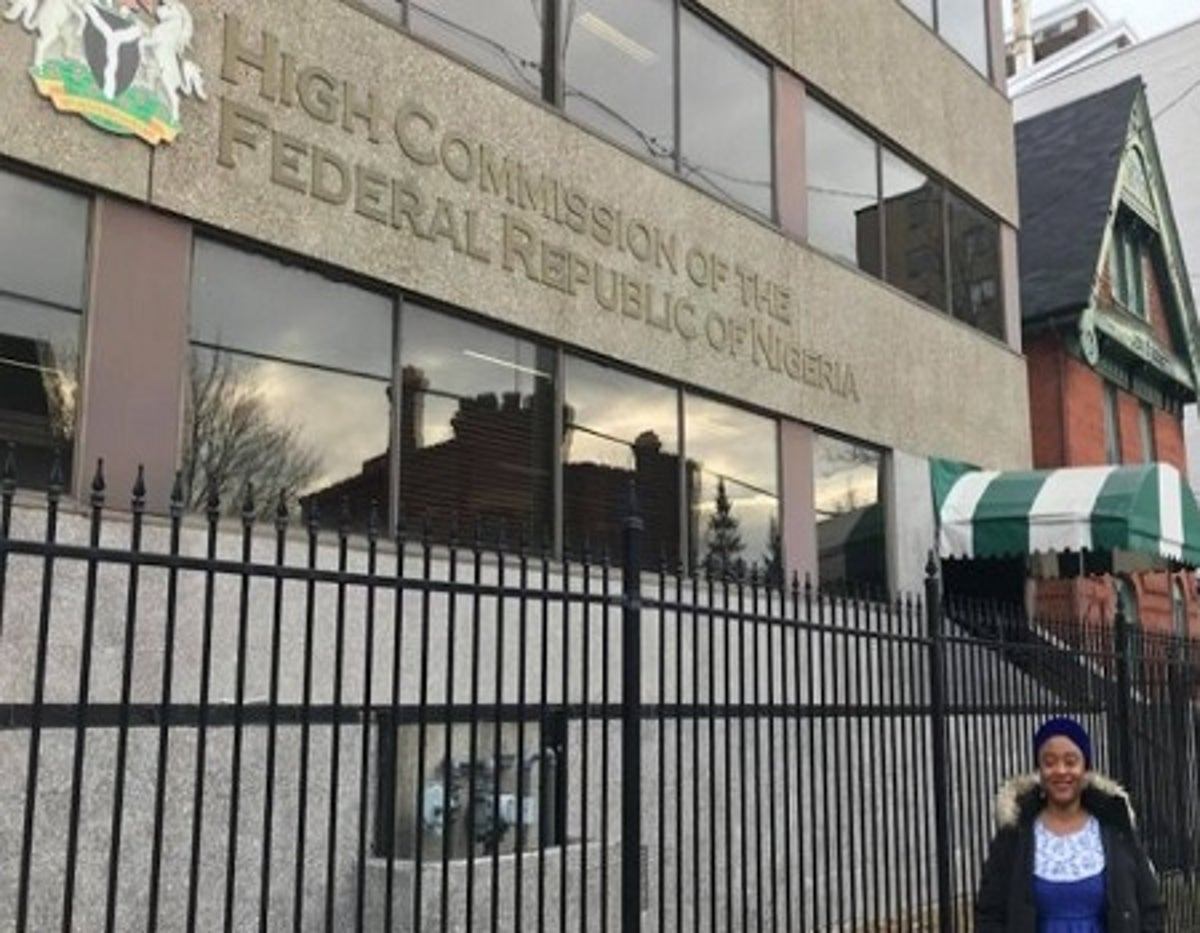 The Nigeria High Commission in Ottawa, Canada, has announced the closure of its embassy office in the country.

The Mission also said it has suspended special intervention arrangements whereby emergency cases were being handled on discretionary basis.

It cited as reason for the closure Nigerians’ “violent mob action” against its workers during application for passport renewal.

This was contained in a statement titled, ‘Notice On Provision Of Consular Services.’

The statement partly reads, “The High Commission of the Federal Republic of Nigeria in Canada wishes to inform Nigerian communities in Canada and the general public that the Mission remains closed to the public.

“The special intervention arrangement whereby emergency cases were being handled on a discretionary basis is hereby suspended.”

It explained, “The mission realised that a number of our citizens have compelling passport renewal requests and we wanted to be able to assist such individuals in a responsible manner.

“We devised a system in which citizens with emergency cases were being attended to strictly by appointment on designated days of the week.

“Our citizens for some reason chose to abuse this system, they would show up at the Chancery without an appointment and insist on being attended to even on days when we were not open to the public at all.

“On a number of occasions, people seeking passport renewal came to the chancery without an appointment and acted in a most unruly manner, disturbing the peace and acting in an abusive manner, banging windows, etc.

“Matters came to a head on Friday, August 14, 2020 when a group showed up at the High Commission and refused to allow the Embassy staff members to attend to those who had appointments.

“They insisted that we had to attend to everybody who showed up.

“They went as far as holding a female staff member who went to address them hostage for over twenty minutes and subjected her to physical abuse.

“This kind of conduct is considered unnecessarily hostile and totally unacceptable and no Embassy would tolerate conduct that puts the lives of its staff members at risk.

“We are closing down the Embassy and we shall be considering ways to make our premises more secure and less susceptible to unruly behaviour and violent mob action.

“Nigerian citizens whose study or work permits have expired since March 2020 and who do not have a valid passport have a grace period that lasts until December 31st 2020.

“By this time, we expect to have resolved some of the challenging issues that COVID-19 has created.”