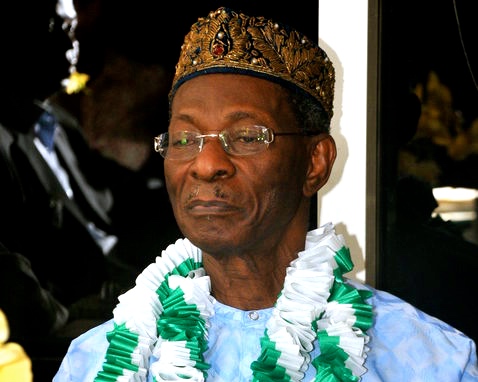 Great men attract superlatives, but few merit them all. Gamaliel Oforitsenere Onosode did. To oft-applied adjectives colossus, titan, giant and luminary we may add ‘exemplary’, ‘impeccable’, ‘intellectual’, ‘irreplaceable’, ‘virtuous man’ and ‘perfect gentleman’ as used by admirers to describe the foremost industrialist, technocrat and patriot whose demise occurred on September 29 in Lagos.

Aged 82, Onosode succumbed to bone cancer after a two-year battle. The former presidential candidate of the All Nigeria People’s Party of Nigeria (ANPP) was mourned by the president, governors and leaders past and present from the private and public sectors with the word ‘integrity’ featuring in most of their tributes.

Known, indeed, as ‘Mr. Integrity’ in recognition of perhaps his most famous attribute, Onosode carved his reputation early. Appointed General Manager, Nigeria Housing Development Society (now Federal Mortgage Bank) in 1962, he resigned when his proposal to add the gathering of savings to mortgage finance by the institution failed to sail through. As proof of his administrative foresight and business acumen, however, the idea was adopted shortly after he left the company.

Much later, his comment on a tendency to resign appointments described his approach to service. “It’s all about integrity,” he said. “Some people say I am a coward, maybe I am. But I prefer to be that kind of coward. My view is that since I never asked for any position, the position doesn’t bring anything to me. On the contrary, I try to take something into the position. So on the basis of that, I couldn’t possibly have any problem quitting a position.”

Born on May 22, 1933 in Sapele, Delta State to Urhobo parents, Onosode had his primary and secondary school education in Ughelli where he excelled in Mathematics, English and Latin. His father, the Reverend Pinnoch Onosode (1870–1975), a pastor of the Baptist faith from Ekigbo in Ughelli North Local Government Area of Delta State, ensured that his ward imbibed the culture of discipline that eventually fetched the soubriquet, ‘all-rounder’.

A degree in Classics at the University College Ibadan (now University of Ibadan) on scholarship followed with department and faculty prizes in tow. Gamaliel – ‘Onos’ or ‘Gam’ to contemporaries – launched his public service career thereafter, rising from the moderate position of management trainee at the Commonwealth Development Corporation to banking, finance and administrative prominence.

His influence spread to the sectors of education, religion and society. A pioneer Secretary of the Nigerian Industrial Development Bank (NIDB) and later Assistant General Manager in 1964, he became a director of NAL Merchant Bank in June 1969 and its Chairman and Chief Executive from November 1973 to March 1979, the first of a series of appointment to the chair of leading organisations that included Cadbury Nigeria Plc (1978–1993), Commerce Bank (1989–1994) and Nigerian Stock Exchange Investment Protection Fund (1995–2000).

He also chaired the boardroom of Dunlop Nigeria Plc, when the company required revival, and Zain Nigeria, a GSM telecommunications company. Besides, he was a Fellow of the Economic Development Institute of the World Bank and the Nigerian Institute of Management, which he served as President from 1979 to 1982. He was a Fellow of The Chartered Institute of Bankers of Nigeria, after being elected to its Board of Fellows in 1998.

He was an Honorary Fellow of the Nigerian Academy of Letters and held Honorary D.Sc. degrees of Obafemi Awolowo University (1990), the University of Benin (1995), and the Rivers State University of Science and Technology (2003) as well as Honorary D.D. degree of The Nigerian Baptist Theological Seminary, Ogbomoso (2002).

During the profligate era of the Second Republic, Onosode attempted to introduce discipline into public finance with limited success. As head of the commission on parastatals, he also charted a course of accountability in the application of government subsidies. His honest solution to the lacklustre performance of public enterprises earned him respect from subsequent administrations.

A comprehensive report of his tenure tagged the Onosode Report is widely considered the first to tackle the industrialisation drive and capital spending that characterised the oil boom period of the 1970s and the early 1980s. The report identified major defects in planning.

Fondly called ‘Mr. Corporate Nigeria’ for his wealth of experience at the helm of multinationals and major companies, he faltered in politics. It was not for want of trying or a lack qualification or incompetence, however. It was because, in the view of All Progressives Congress (APC) candidate in the Delta State 2015 governorship election, Olorogun O’tega Emerhor, “his (Onosode’s) persona contrasted with the oddities of the murky Nigerian political terrain.”

That is a claim unambiguous enough, one captured in a single word by former labour leader, Frank Kokori: naivety. Onosode believed the system needed his qualities, but the system resisted his charm, with his failure to land a Senate seat during the regime of the late Gen. Sani Abacha and a presidential ambition frustrated by intra-party squabbles in the 1999 elections organised by former head of state, Gen. Abdulsalami Abubakar as evidence.

He demonstrated exceptional judgment in matters less physical as well, taking less than a month to choose his mate. He proposed to his beloved wife Susan on October 1, 1960 and married her 28 days after. But his simplicity and prudence more illuminate the path to nationhood with Independence Day celebrations as backdrop.

And his wish for higher standards of morality at all levels of governance could well serve as a parting shot. “It does not matter at what level people seek office, they should think of what to give back to the country and not what they could get out of it,” he once said.

More patriotic nous he demonstrated on another occasion. “I have strong views about my country, Nigeria and I have no other home; I never believed in any other country. Nigeria is the only country I know, have and love. God bless Nigeria.”

Onosode probably lived ahead of his time. Perhaps he would have made a fine president. Nevertheless, his cultured ways will be cited as the standard for generations. 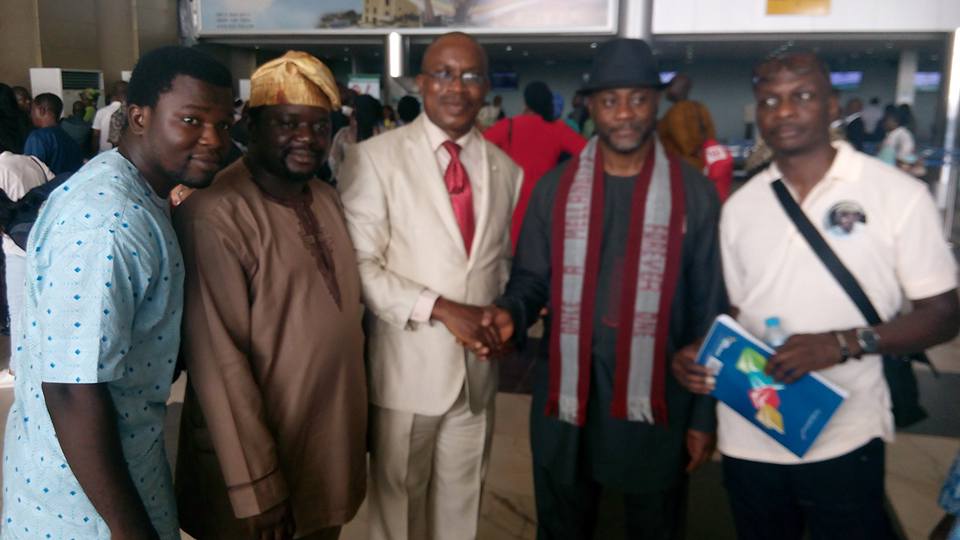 Students and staff of Mellanby Hall, University of Ibadan on Wednesday paid a condolence visit to family of the late Mr. Gamaliel Onosode, OFR...