A fire broke out at the South African Parliament building in Cape Town in the early hours of Sunday morning, and spread to the wing housing the current National Assembly, where parliament sits, causing the roof of one building to collapse and gutting the chamber of the National Assembly.

Dozens of firefighters were at the scene battling the blaze, which broke out on Sunday morning and was still not under control by the afternoon. No injuries or fatalities have been reported.

In a  statement, President Cyril Ramaphosa said, “This is devastating, coming as it does a day after our send-off for Archbishop Desmond Tutu.”

He praised the firefighters who “worked to stop Parliament from being razed to ashes,” but said “it is very clear that this fire has devastated the parliamentary precinct and its contents and assets, including Parliament’s historical treasures of heritage.”

Ramaphosa told reporters at the scene an arrest had been made. “Someone has been held right now and is being questioned,” he said.

The Associated Press reports that security guards first reported the fire at around 6 a.m., Carelse said, and the 35 firefighters initially on the scene had to call for reinforcements. Cape Town activated its Disaster Coordinating Team, which reacts to major emergencies. Police cordoned off the complex and closed nearby roads.

Minister of Public Works and Infrastructure Patricia de Lille told reporters it was too early to speculate on a cause, adding that authorities were reviewing video camera footage and an investigation was underway. 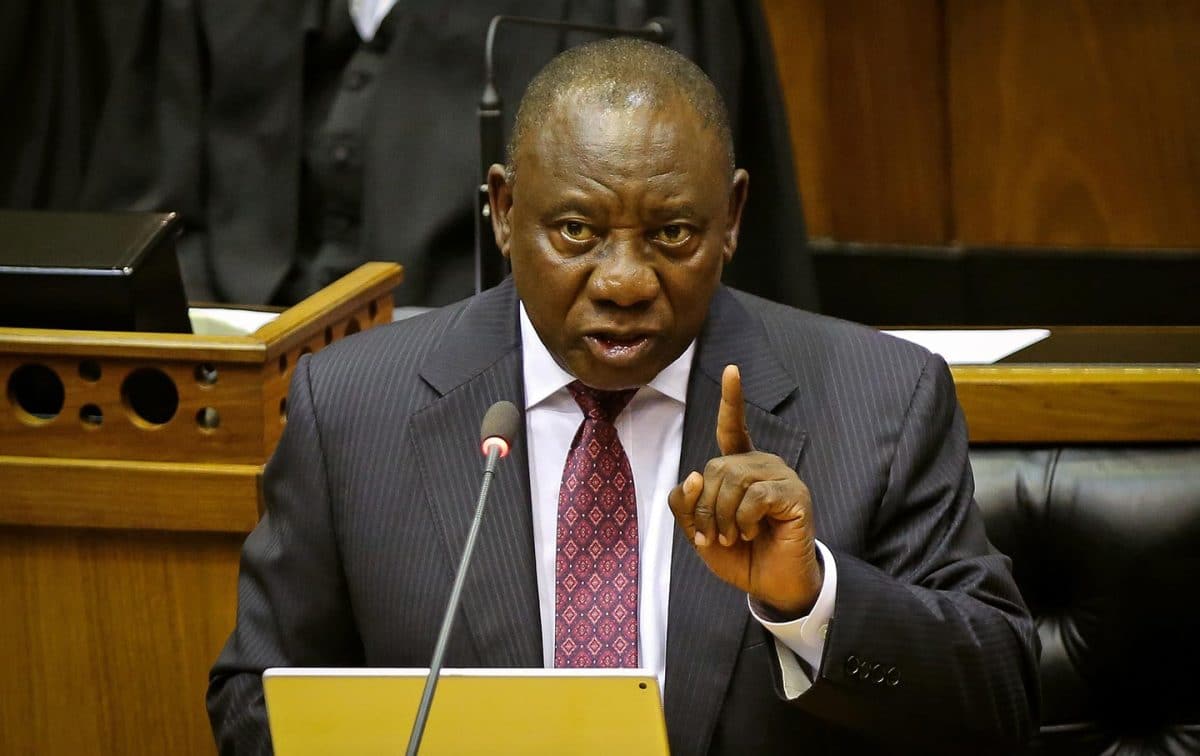