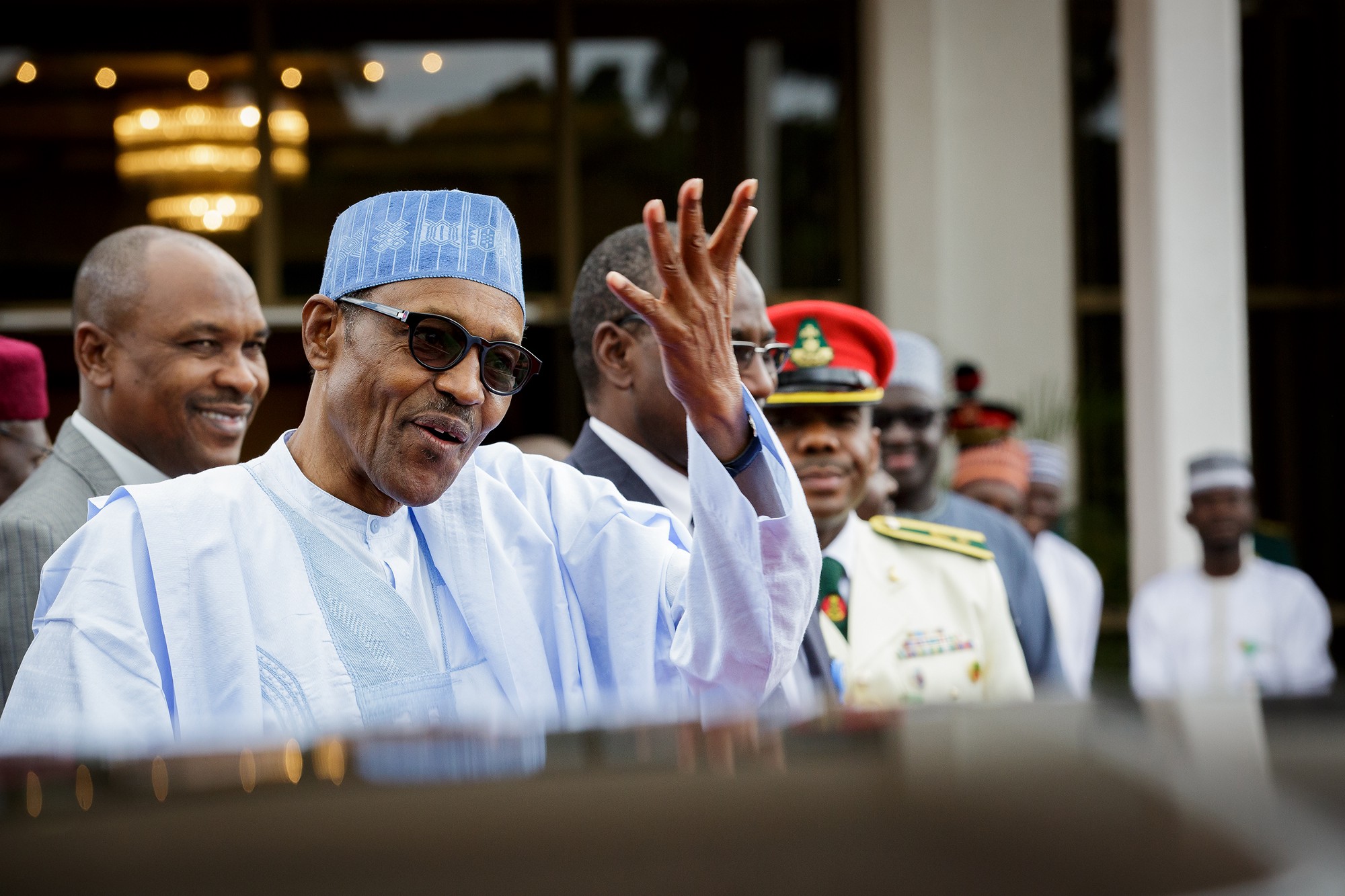 The Board of Trustees (BoT) of the Nigeria Media Merit Award (NMMA), one of the two oldest indigenous awards for print and broadcast journalists in the country, has decorated President Muhammadu Buhari as its Grand Patron.

At the event, held at the State House in Abuja on Thursday, former Director-General of the Nigerian Television Authority (NTA), Engr. Vincent Maduka, who led the delegation, said Buhari was qualified to be Grand Patron because he “respect the rights of the media to practice, without any hindrance”.

According to a statement by Femi Adesina, Special Adviser to the President on Media and Publicity, the organisation noted that under President Buhari, no media house has been shut, and the first ever campus television licence was awarded to the University of Lagos under the chairmanship of veteran Mass Communication teacher, Professor Ralph Akinfeleye.

Maduka said the NMMA was established in 1990, to promote excellence in Nigerian media, and has hosted 26 grand award presentations, with the latest holding just a week ago, adding that part of its activities include the promotion of patriotism, and unity of the country.

In his remarks at the decoration, Buhari appreciated the confidence reposed in him by Nigerians from different walks of life, stating that: “I won’t disappoint”.

The President described the investiture as “a timely honour”, adding that he had known a good number of the members of the NMMA board, “since the time I didn’t even know I would be here”.

Despite NMMA’s claims, security agencies under Buhari’s watch have trampled on journalists’ rights, two of the latest being the detention of Premium Times journalist Samuel Ogundipe by the Police and the lenghty detention of Jones Abiri by the Department of State Services (DSS).