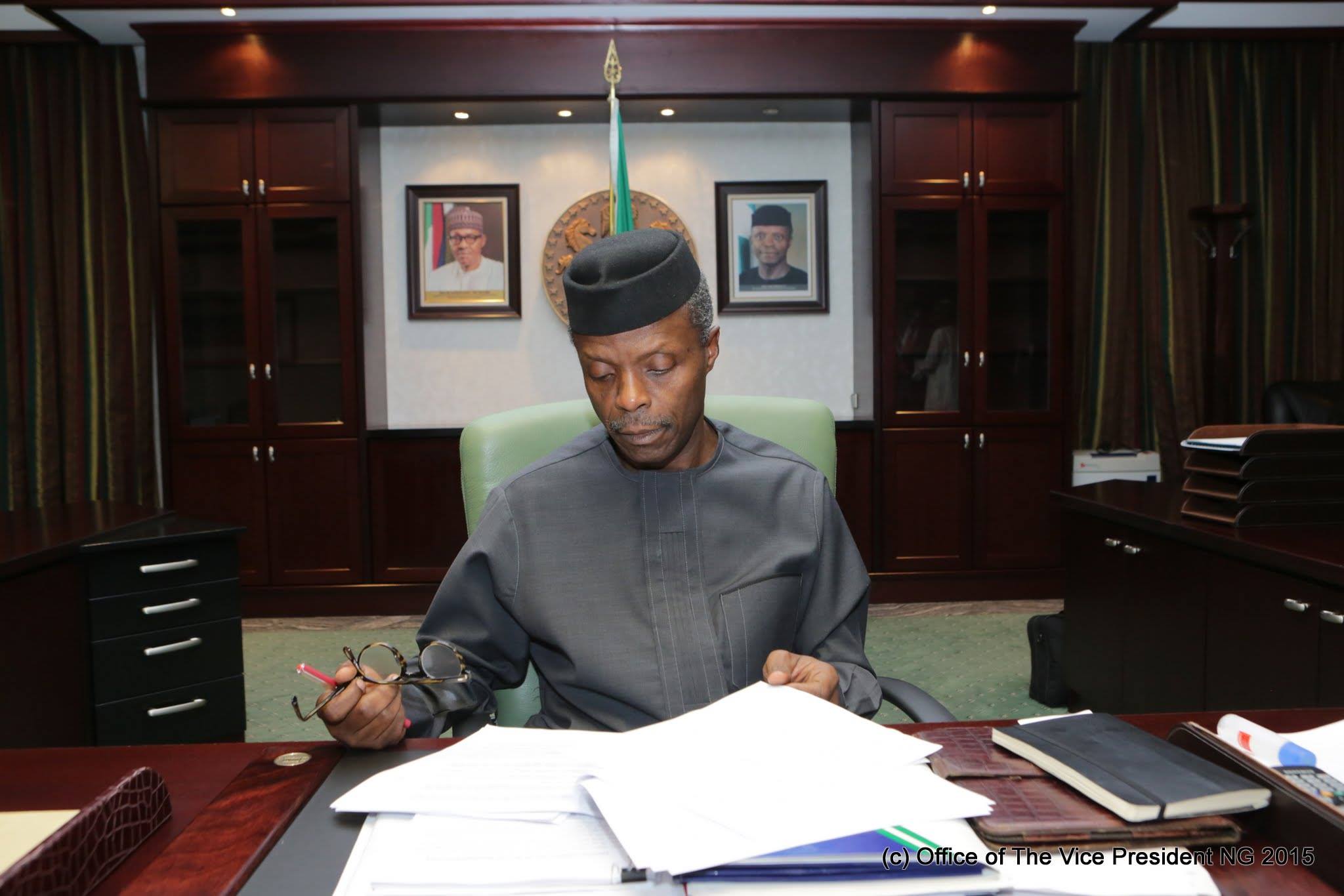 The Vice-President, Prof. Yemi Osinbajo (SAN), on Tuesday declared that he is in charge of the country’s economy.

Osinbajo, who is the Chairman of the National Economic Council (NEC), spoke at the opening of the 21st Nigerian Economic Summit in Abuja, saying Nigeria was in a time of monumental challenges.

He added that the President Muhammadu Buhari-led administration has to make tough choices in cleaning the mess left behind by years of corruption.

The vice-president said the task before the government was  to clean up the mess that corruption had brought on the nation and rebuild institutions that had been so ravaged.

“We are at a time of monumental challenges and tough choices, but also a time of incredible opportunities for achieving competitiveness, inclusive growth and sustainability,” he said.

Osinbajo said the administration has  to make tough choices in exchange control restrictions, altering the absurd recurrent to capital expenditure ratio, reducing the deficit and reducing the overall size of governance.

He said: “We are called upon to clean up the mess and rebuild the institutions that corruption had ravaged over the years.”

Speaking against the backdrop of the theme of the Summit titled ‘’Tough Choices: Achieving Competitiveness, Inclusive Growth And Sustainability,’’ the vice-president said the current administration would be built on an economic model which would involve substantial social investment over the next three years.

“We are compelled to redress the paradox of high growth figures and widening inequality, rising unemployment and poverty. It is evident that any economic model that leaves nearly half of the citizenry behind requires re-thinking.’’

“This is why our economic model would involve substantial social investments over the next three years’’.

Speaking during the Presidential Policy Dialogue, the vice-president expressed the conviction that with programmes such as the Conditional Cash Transfer and renewed support for small-scale businesses, government would generate employment and address poverty.

He expressed the hope that these initiatives would greatly reduce social tension and criminality across the country.

In this article:NEC, Nigeria, Yemi Osinbajo