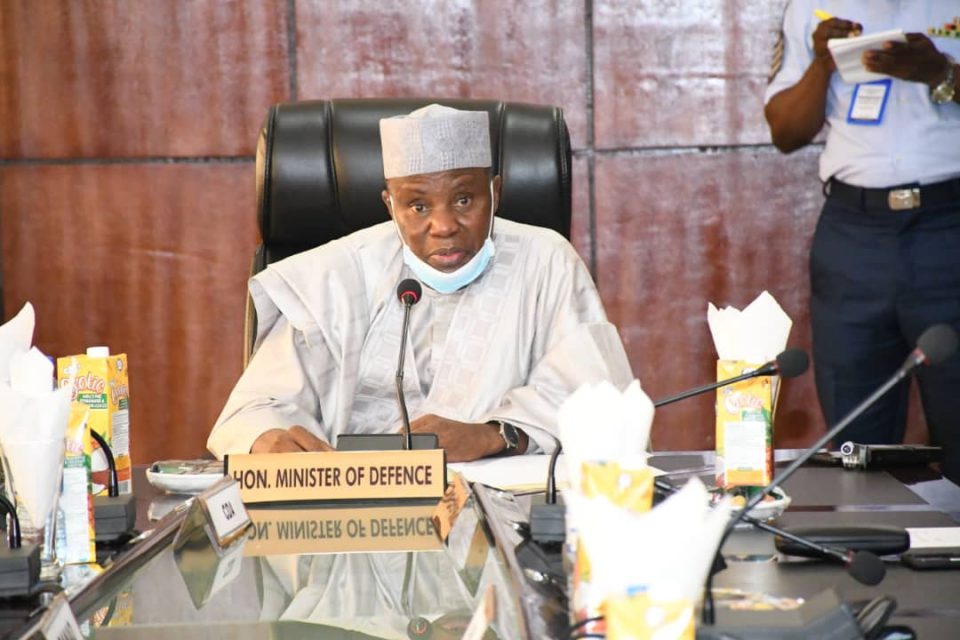 The Minister of Defence, Major General Salihi Magashi (rtd), Monday, hinted that Nigeria is in a critical situation following resurging terrorists’ attacks, banditry and abductions across the nation.

He however opined that the security challenges require support and collaboration of the civilian populace and critical stakeholders in the national task of securing the country.

According to the Minister who spoke at a National Defence and Security Summit organized by the Defence Headquarters with the theme ‘Promoting Kinetic Operations as a Major Plank for Counter Terrorism and Counter Insurgency in Nigeria’, “we are in a critical situation that requires the understanding, buy-in, support and collaboration of important stakeholders and key players in this strategic option and national task. This is important to minimize distractions and maximize civil support in order to facilitate operational success and mission outcomes.”

He added, “this Summit is coming at a sobering time in the life of our dear nation. A time, when merchants of violence are threatening to tear the very foundations of our nation; a time when diverse manifestations of security threats dot the landscape and impact individuals, communities and almost all sub-national entities in disconcerting ways; a time when fear and uncertainty pervades the land; and a time when global indicators of national insecurity give room for serious concern.”

“Physical insecurity in Nigeria unexpectedly, has both forward and backward linkages to different shades and forms of national security. Indeed, it is linked to political instability, economic under-development and social inequalities. Others are food insecurity and cumulative environmental degradation. These indicate the multi-dimensional nature of national insecurity.

“In view of these realities, the Federal Government of Nigeria has over the years applied a multi-lateral approach with our contiguous neighbours and multi-dimensional efforts domestically. In Southern Nigeria, the security approach include, but not limited to: the convening of various stakeholder dialogues in the Niger Delta; mounting of Single-Service, Joint and Special Task Forces; establishment of the Niger Delta Development Commission (NDDC); establishment of the Ministry of Niger Delta; declaration of the Presidential Amnesty Programme for repentant Niger Delta militants; proscription of the Independent Peoples of Biafra (IPOB); and the establishment of the Multinational Maritime Coordination Centre Zone E in the Gulf of Guinea.”