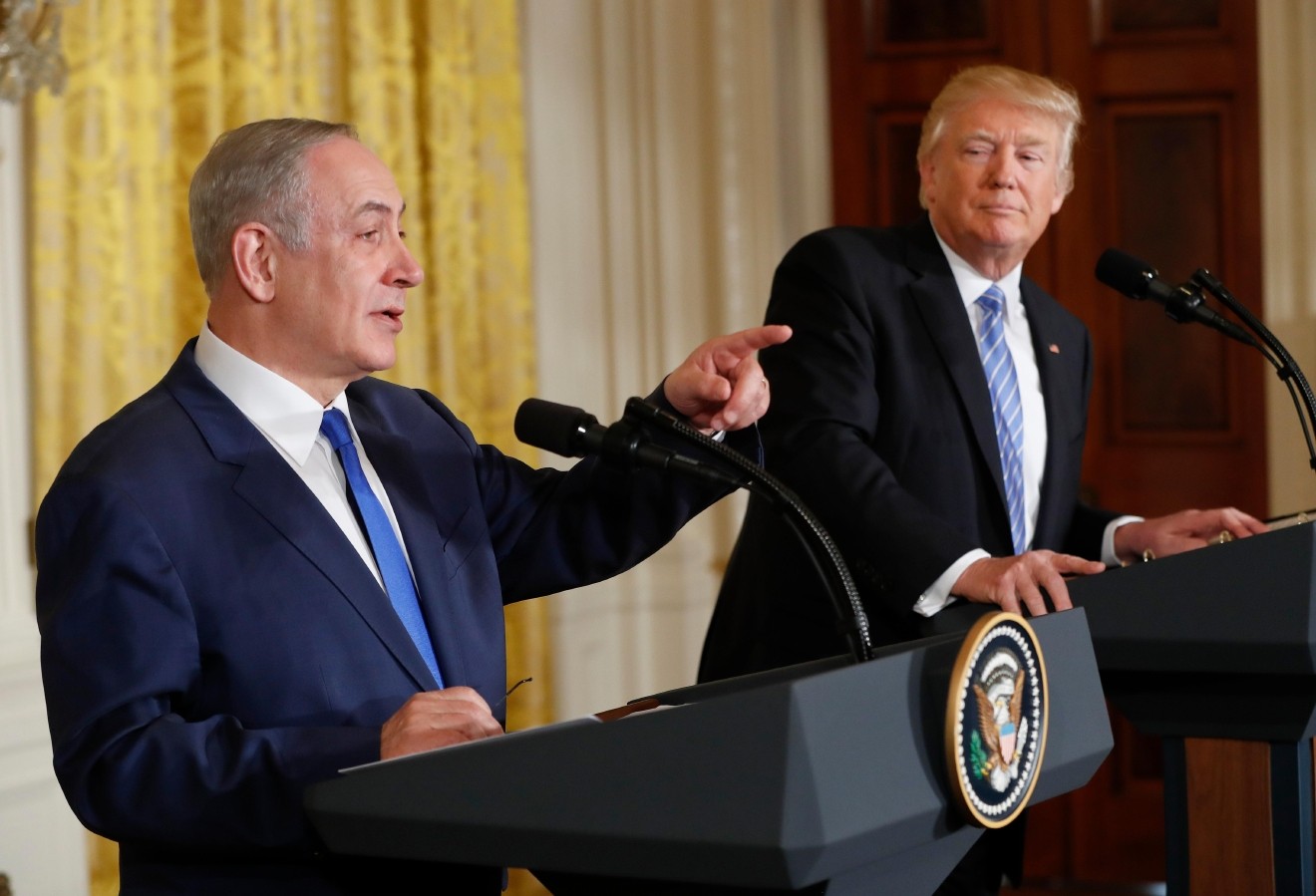 The UN chief has warned Donald Trump against abandoning the idea of a two-state solution to the Israeli-Palestinian conflict, saying there is “no alternative”.

It comes after Mr Trump went against decades of US policy, saying he would back whatever formula led to peace.

Palestinians reacted with alarm to the possibility that the US could drop support for Palestinian statehood.

The last round of Israeli-Palestinian peace talks broke down in 2014.

But he said both sides must compromise.

“So I’m looking at two states and one state,” he said. “And I like the one that both parties like.”

Following the news conference, UN Secretary General Antonio Guterres urged the international community to do everything it could to bring about a two-state solution.

He said there was no other option for resolving the conflict.

What is the two-state solution?

A “two-state solution” to the decades-old conflict between Israelis and Palestinians is the declared goal of their leaders and the international community.

It is the shorthand for a final settlement that would see the creation of an independent state of Palestine within pre-1967 ceasefire lines in the West Bank, Gaza Strip and East Jerusalem, living peacefully alongside Israel.

The UN, the Arab League, the European Union, Russia and, until now, the US routinely restate their commitment to the concept.

When he was asked about a two-state solution on Wednesday, Mr Netanyahu said he wanted to focus on “substance” and not “labels”.

He also seized on President Trump’s comments urging Mr Netanyahu to “hold back on settlements for a little bit”.

Since Mr Trump took office last month, Israel has approved thousands of new homes in West Bank and East Jerusalem, land claimed by the Palestinians for a future state.

The settlements are considered illegal under international law, though Israel disputes this.

The Israeli government is hoping for better relations with the White House after eight years of friction with the former Obama administration.

At Wednesday’s news conference, neither leader committed explicitly to back a future independent Palestine, a longstanding bedrock of US policy.

It was the US and Israeli leaders’ first face-to-face meeting since Mr Trump’s victory in the 2016 presidential election.

But France, which in January organised a multi-national conference which reaffirmed support for a two-state solution alone, seemed unimpressed with the apparent change in direction.

Its ambassador to the UN, Francois Delattre, told reporters “our commitment to the two-state solution is stronger than ever”, according to AFP news agency.

Meanwhile, Mr Trump’s choice for America’s next ambassador to Israel, David Friedman, faces a rocky confirmation hearing before the US Senate Foreign Relations Committee on Thursday, the Associated Press reports.

The right-winger is a strong critic of the two-state solution, supports Jewish settlement building and moving the US embassy to Jerusalem.

Five former US ambassadors to Israel have written a letter to committee members declaring him unqualified because of his “extreme, radical positions”, AP says.

Asked on Wednesday about his campaign promise of moving the US embassy to Jerusalem, Mr Trump said: “I’d love to see that happen.”

The Palestinians want East Jerusalem as the capital of their promised future state – but Israel claims the entire city as its undivided capital.