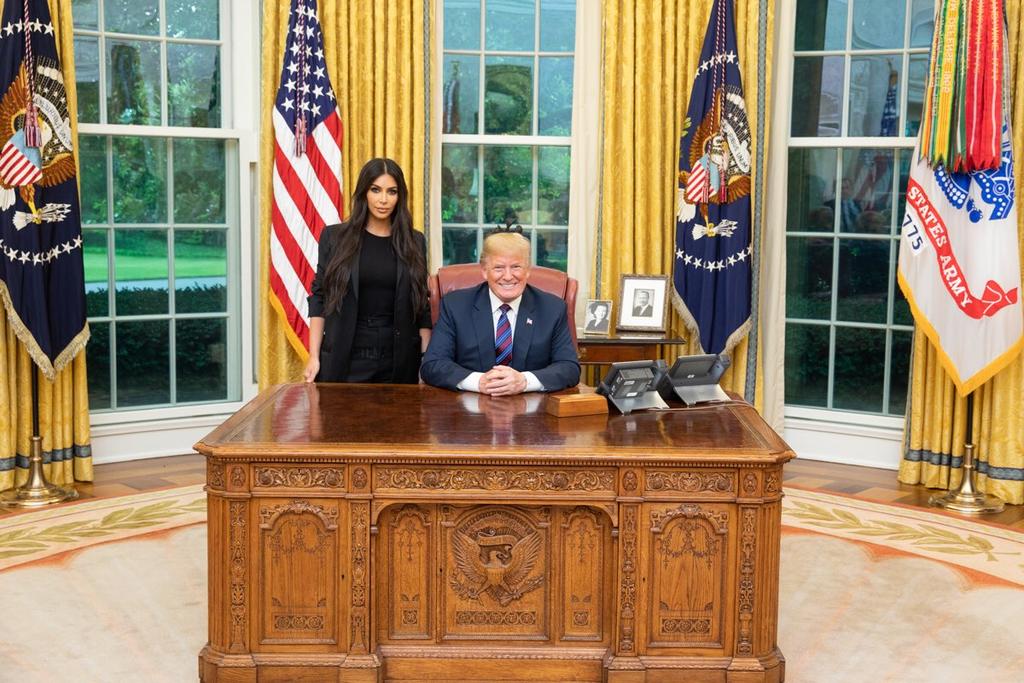 Reality television personality Kim Kardashian visited the White House on Wednesday to discuss her campaign to help a 63-year-old woman serving a life sentence without parole for a drug offense.

Kardashian, dressed in black, arrived at a side entrance to the West Wing late Wednesday afternoon. She was in the building for just under an hour.

She planned to raise the case of Alice Marie Johnson, a grandmother imprisoned for a first time drug offense, according to a statement from one of Johnson’s attorneys released in advance.

Trump later posted a photograph on Twitter of Kardashian standing next to him in the Oval Office. He wrote that they “talked about prison reform and sentencing.”

She, too, marked the event on Twitter, thanking Trump for his time and expressing “our hope that the President will grant clemency” to Johnson.

Her visit came after her husband, rapper Kanye West, publicly embraced Trump in a series of tweets late last month.

Trump responded in kind, thanking West for a tweet in which the Grammy-winning musician praised the president’s “dragon energy.”

Kushner has led a White House effort to build support for legislation that would help prisoners as they re-enter society and better develop work skills while they are incarcerated.

Some critics of the effort say it doesn’t go far enough and want lawmakers to include reductions in sentencing guidelines, a step opposed by the White House and the Justice Department.