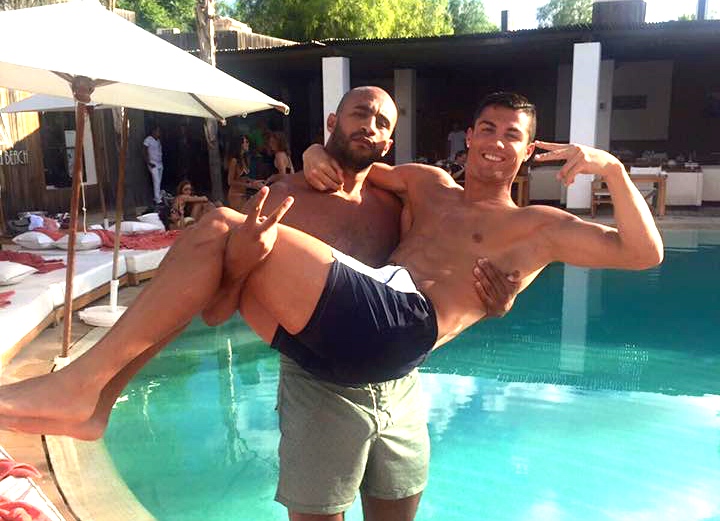 Cristiano Ronaldo’s form for Real Madrid could be suffering because of his frequent trips to Morocco by private jet, it is claimed.

The 30-year-old Portuguese star has scored in just five of his 13 La Liga games this season as Real stutter under new boss Rafa Benitez. And there is an increasing fear that his constant travels could be affecting his on-field performances, according to several sources.

Reports last week in Spanish daily newspaper SPORT claimed the club was concerned because he was flying to Morocco several times a week. There he is reported to be spending time with close friend Badr Hari, a Moroccan kickboxer who has shared Instagram photos of himself with Ronaldo in the past. Website ExtraConfidential.com said the striker tended to travel four days a week to the capital Rabat to see Hari, leaving on his Gulfstream G200 around 3pm from Monday to Thursday after morning training and returning the same night. It reported Ronaldo kept his plane at Torrejon de Ardoz Air Base, just outside Madrid, where David Beckham used to fly in and out of when he played for Real Madrid.

READ: Sensational claim that Cristiano Ronaldo is in a gay relationship with kickboxer friend emerges after French TV panellist suggests their ‘cuddling’ could affect the star on the pitch

Rabat is around 1,000 kilometres from Madrid, with a flight time of 1hour 45 minutes. The website wrote: “The Portuguese star tends to use it from Monday to Thursday about 3pm to return to Madrid the same night so he can arrive on time the next day for his training sessions.

“In the Real Madrid dressing room there is great concern about Cristiano Ronaldo’s performances and his continual trips that he makes on board his recently-acquired private jet. “His most frequent trips are to Morocco where Badr Hari, the best friend and kick boxer he tends to spend much of his free time with, lives near to the capital Rabat.”