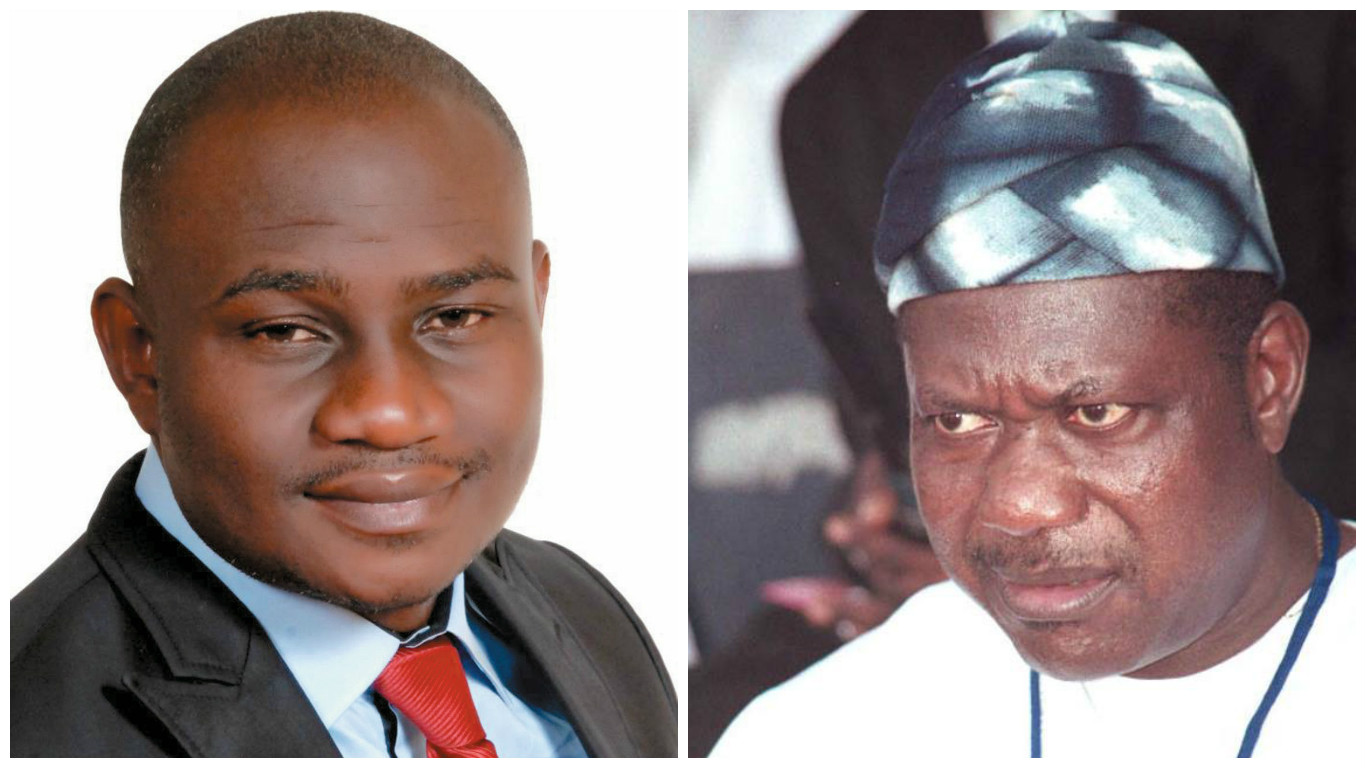 Contrary to claims by Daniel Onjeh, the APC senatorial candidate for Benue South that he is not being sponsored by politicians of Tiv extraction in a conspiracy to dislodge former Senate President, David Mark from the Senate, fresh details have revealed that not only is Senator George Akume financing Daniel Onjeh, he is actually listed as Onjeh’s referee in documents submitted to the Independent National Electoral Commission (INEC).

Documents made available to SIGNAL on Tuesday confirmed the details.

In Daniel Onjeh’s INEC FORM CF.001, received and stamped by INEC on 30th December, 2014, Onjeh who has no known career since he vacated his position as President of the National Association of Nigerian Students (NANS) in 2003 listed fishing and internet browsing amongst his hobbies. Supporters of Senator David Mark have fingered external interests from the Tiv part of Benue State as the backers of Daniel Onjeh, a claim Onjeh’s campaign has vehemently denied. The revelation of Senator Akume as Onjeh’s prime referee puts paid to denials by Onjeh that he has nothing to do with the Tiv conspiracy to unseat David Mark in the Senate.

In a chat with SIGNAL on Tuesday, a concerned Idoma youth leader who did not want to be named described the Tiv agenda to unseat David Mark as irresponsible and unfortunate. He described Onjeh as an opportunist pre-dating his days as NANS President.

According to the source, “I was the one who made Daniel Onjeh NANS President and it is a development I have lived to regret. I was serving as a youth corper when Onjeh was running for NANS President. I became interested in him the moment I discovered he was an Idoma like me. I left what I was doing and mobilized extensively for him to win. Immediately he became NANS President, Onjeh became extremely arrogant. Nobody could talk to him again. There was a time we had an issue and we told Onjeh as NANS President to speak to the Minister of Education. He refused. He said his office as NANS President was bigger than that of a Minister that he will not beg the Minister. Look, let me tell you, Onjeh knows what he is doing. He is a scopist. This election for him is a scope. He knows he won’t win but he is using the election to raise money from the Tiv politicians who believe they can use him against David Mark. He has contested before for local government chairman in Ogbadibo local government, he lost. He contested again for House of Reps, he was rejected. This time he wants to be a Senator.” “We know Onjeh is being backed by Tiv politicians like Akume who see David Mark as a threat to them not just in the Senate but in Benue State as a whole. But who is this Onjeh of a boy? Why is he not starting at the State House of Assembly? How can you jump from NANS President to Senate? Onjeh is inexperienced, he has never worked in any office since he graduated. He has no record of any career. Not a single one! He doesn’t have a house to live in Idoma land. He doesn’t even live in Orokam where he hails from. His parents live in Kaduna. So when he gets into the Senate, the first thing he will do is to build a house in Abuja, build one in Makurdi and build one in Otukpo before even going to his village Orokam. Is that the kind of person we want to represent us in the Senate?”, the Idoma youth who pleaded anonymity queried.

It will be recalled that the Court of Appeal, Makurdi Division, annulled the election of the immediate past Senate President, Senator David Mark.

Mark’s victory at the March 28th., 2015 National Assembly elections, was challenged by Daniel Onjeh of the All Progressives Congress (APC), who petitioned the Benue state Legislative Houses elections tribunal asking for the cancellation of the election and an order detailing INEC to conduct fresh election in the district.