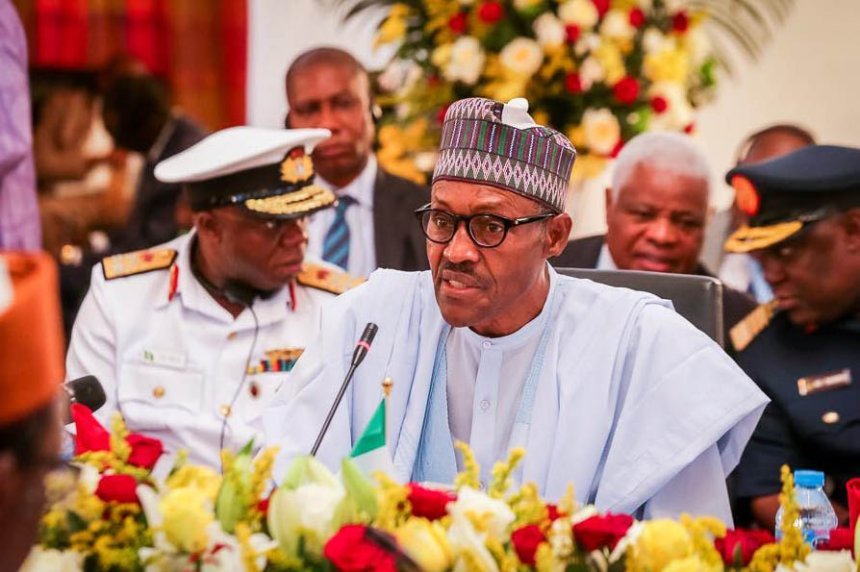 President Muhammadu Buhari on Monday said that his administration was taking urgent and appropriate actions to restore order, due process and probity to the procurement processes of the nation’s Armed Forces.

He spoke during a meeting with the British Secretary of State for Defence, Mr. Michael Fallon, at the Presidential Villa, Abuja.

Buhari, according to a statement issued by his Special Adviser on Media and Publicity, Femi Adesina, lamented that the procurement of equipment for Nigeria’s Armed Forces which followed due process in the past, had become open to corruption and shady deals under the last administration.

“They just put foreign exchange in a briefcase and traveled to procure equipment for the military. That is why we have found ourselves in the crisis we are now facing,” the President said.

Welcoming the offer by the British Government to assist Nigeria in defence procurements, intelligence gathering and training, President Buhari restated his conviction that the international community must collaborate more and work with greater unity of purpose to overcome global terrorism.

He said: “Terrorism has become very sophisticated now. If developed nations can be attacked, and hundreds of lives lost, how much more developing countries?

“In the West African sub-region, Nigeria is the main battleground of the Boko Haram insurgency. We have made a lot of progress against the terrorists, but we will welcome more assistance from our friends and the international community.”

Mr. Fallon said he was in the country to see what more Britain could do to support Nigeria in battling terrorism and violent extremism.

“Groups like Boko Haram don’t believe in democracy and freedom of choice, so it’s a common fight for us all,” he told President Buhari.