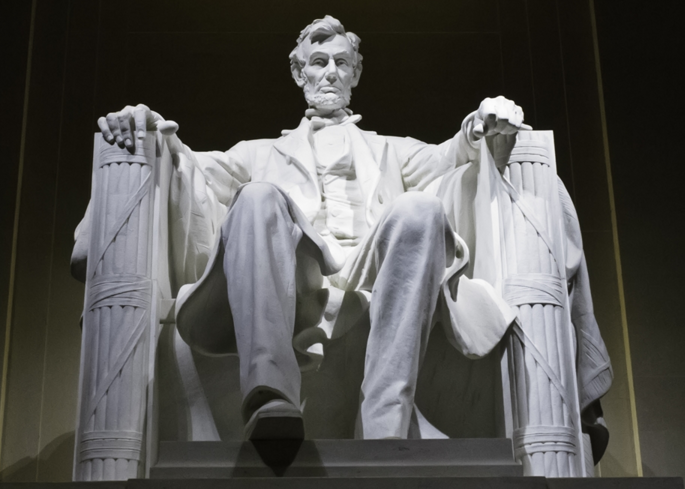 On this day in 1861, Abraham Lincoln becomes the 16th president of the United States. In his inauguration speechLincoln extended an olive branch to the South, but also made it clear that he intended to enforce federal laws in the states that seceded.

Since Lincoln’s election in November 1860, seven states had left the Union. Worried that the election of a Republican would threaten their rights, especially slavery, the lower South seceded and formed the Confederate States of America. In the process, some of those states seized federal properties such as armories and forts. By the time Lincoln arrived in Washington, D.C.,for his inauguration, the threat of war hung heavy in the air. Lincoln took a cautious approach in his remarks, and made no specific threats against the Southern states. As a result, he had some flexibility in trying to keep the states of the upper South–North Carolina, Tennessee, Virginia, Arkansas, Missouri, Kentucky, Maryland, and Delaware–in the Union.

In his inaugural address, Lincoln promised not to interfere with the institution of slavery where it existed, and pledged to suspend the activities of the federal government temporarily in areas of hostility. However, he also took a firm stance against secession and the seizure of federal property. The government, insisted Lincoln, would “hold, occupy, and possess” its property and collect its taxes. He closed his remarks with an eloquent reminder of the nation’s common heritage:

“In your hand, my fellow countrymen, and not in mine, is the momentous issue of civil war. The government will not assail you. You can have no conflict without being yourselves the aggressors. You have no oath in Heaven to destroy the government, while I shall have the most solemn one to preserve, protect, and defend it… We are not enemies, but friends. We must not be enemies. Though passion may have strained, it must not break our bonds of affection. The mystic chords of memory, stretching from every battlefield and patriot grave, to every living heart and hearthstone, all over this broad land, will yet swell the chorus of the Union, when again touched, as surely they will be, by the better angels of our nature.”

In this article:Abraham Lincoln, America, History, US