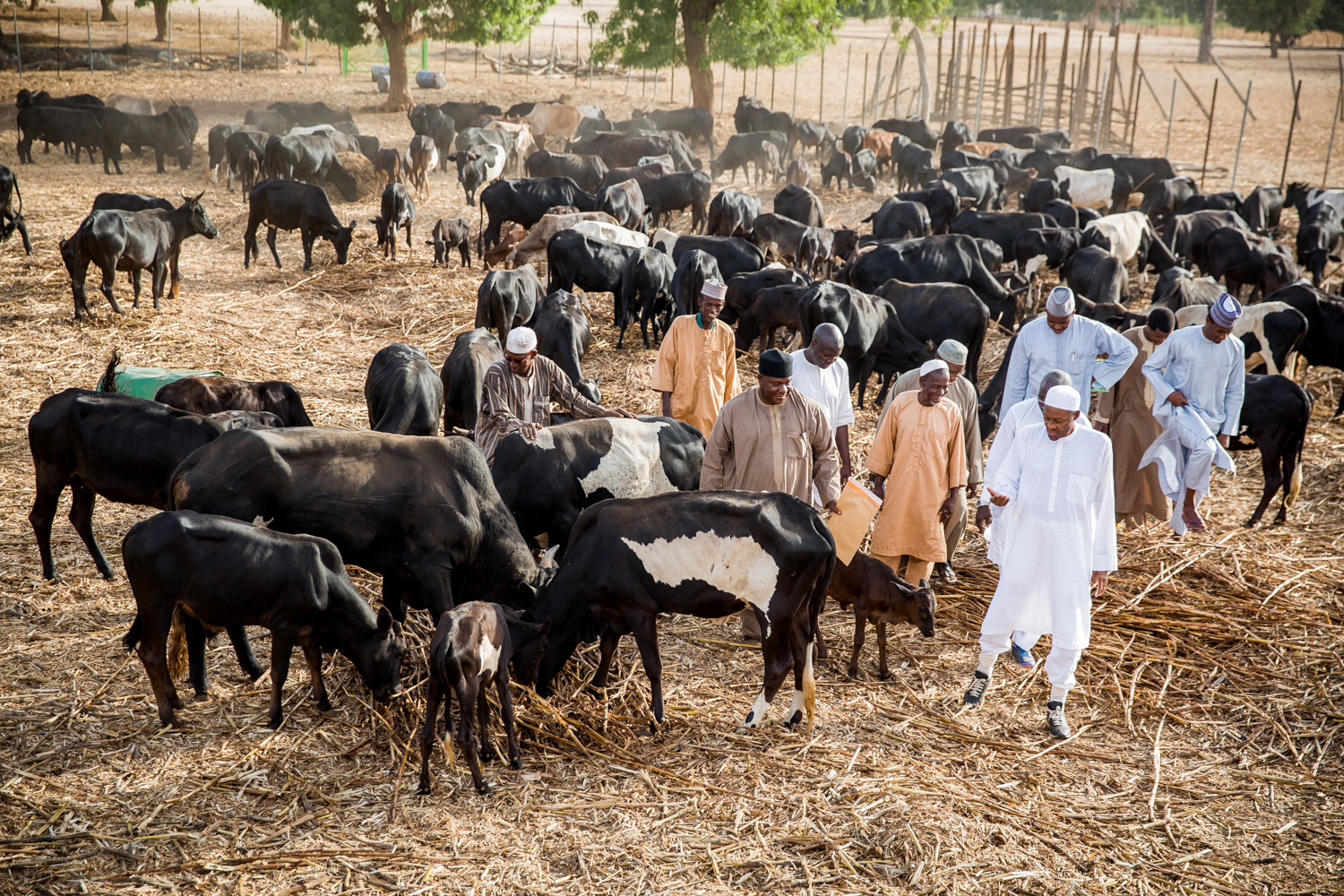 In the weeks, leading up to the just-concluded Nigerian Presidential elections, I recall having breakfast at the Sheraton hotel in Abuja with a very senior Fulani member of the APC. To my mind, he is cerebrally brilliant, highly knowledgeable, tactical, very influential, and at the core of Buhari’s inner circle.

This is what he said to me –

“Victor, let me tell you something, these people (referring to Tinubu and Co) think they are using Buhari. I swear, mark my words, Buhari is using everyone of them.”

I made a mental note of the certitude with which my guest spoke, keeping in mind that the Fulani by nature are not flippant; neither do they make statements they don’t intend to make good on.

The fact of the matter is that without the organizational genius of Bola Tinubu and the heavy financial backing of APC leaders in the South, a Hausa-Fulani President in 2015 was going to be a remote possibility. As such, it was imperative that Tinubu and his political machinery be used to pave the way for Buhari’s election. It was a brilliant stroke of genius because it worked.

The bottom line is that for 16 years (between the Administrations of Obasanjo and Jonathan, excluding the ‘non-rule’ of Yar Adua) the Hausa-Fulani aristocracy had been out in the political cold for 14 years. They could not afford another four.

While the day is still young and events still unfolding, the words of my breakfast companion that morning, still ring in my ears.

Sadly, just a few months ago, many in the APC camp would not have envisaged some of the scenarios playing out before us, particularly the recent lopsided Presidential appointments favoring Hausa-Fulani over other ethnicities, and the intemperate language of a few key Hausa-Fulani leaders, especially Senator Rabiu Musa Kwakwanso, who was once all too glad to ride on Tinubu’s political campaign train.

Many within APC are either too embarrassed or too afraid to voice what are already public sentiments.

Within a relatively short span of time following the elections, agitations for breakaway Biafra and Oduduwa Republics have been on the ascendancy. With the annulment of elections in two PDP controlled South-South States, the Niger Delta region is abuzz once again. In the last three years of the Jonathan Administration, Boko Haram snuffed out the lives of 3000 Nigerians. In just six months of Buhari’s return to power, more than one third that number of people have been lost to the Islamic militants.

So, we find ourselves once again in familiar territory of insecurity, fear, ethnic rivalry, religious violence and intimidation, and a general sense of ‘wither Nigeria?’

As a nation, the many conscious and unconscious choices we make today will create desired or unintended futures. With their own hands, Nigeria’s political leaders will create the Nigeria of the Future. Whether it is the Nigeria we want or not, comes down to daily choices, decisions, strategies, comments, and inputs – social, economic, political, ethnic, and certainly military.

THE SEEDS OF FULANI DOMINATION

In the 1700s and 1800s, drought and the desertification of the Sahara region, forced many indigenous nomadic Nubian populations to flee southward into what today constitutes West Africa. As they moved south, no attempt was made to respect indigenous ethnic communities or boundaries. Pastoral land was taken over with impunity for grazing and agriculture.

In what is present day Nigeria, the most dominant of these Nubian groups was the Fulani.

In 1804, Usman Dan Fodio began his religious, political, and military expansionist putsch from Sokoto across the swathe of Northern Nigeria all the way down to Ilorin.

Better known as Amir Al Muminin (Commander of the Moslem Faithful) Usman Dan Fodio strategically put in place emirs whose role was to conquer Hausa and Fulani cities, regardless of religious affiliation, and establish an Islamic Caliphate along the lines of the Sunni Maliki school of jurisprudence and Qadiri Sufism.

That putsch continues today in various forms and explains why in the middle belt of Nigeria, attempts have been made to foist emirs and the powerfully symbolic institution of emirship on non Hausa-Fulani and non-Islamic communities. This same attempt in the predominantly Christian enclave of Jos under the Babangida Administration is at the root of much of the violence that has bedeviled this part of Nigeria. Other cities in States such as Bauchi, Gongola, and Adamawa with predominantly Christian communities have simply acquiesced and caved in, over time.

As Nigerians, we must recognize that Usman Dan Fodio essentially created a theocratic Caliphate with a strict interpretation of Islam.

In Tanbih al-ikhwan ’ala ahwal al-Sudan, Dan Fodio wrote: “As for the sultans (local leaders) they are undoubtedly unbelievers, even though they may profess the religion of Islam, because they practice polytheistic rituals and turn people away from the path of God and raise the flag of a worldly kingdom above the banner of Islam. All this is unbelief according to the consensus of opinions.”

Writing in ‘Islam outside the Arab World,’ David Westerlund states that: “The jihad resulted in a federal theocratic state, with extensive autonomy for emirates, recognizing the spiritual authority of the Caliph or the Sultan of Sokoto.”

“Victor, let me tell you something, these people (referring to Tinubu and Co) think they are using Buhari. I swear, mark my words, Buhari is using everyone of them.”

THE RISE OF THE HAUSA-FULANI HEGEMONY

The irrefutable fact is that whatever the theological justifications and convictions for Usman Dan Fodio’s 1804 Jihad, it led to the rise of an aristocratic ethnic minority which terrorized a whole region via force of arms rather than just religious persuasion.

Through military conquest, organizational and strategic genius, and a political savvy that allowed Hausa nationalities to subordinate their own will and interests to the Fulani, a powerful Hausa-Fulani or better still Fulani-Hausa hegemony has been in place for more than 200 years.

In the Fulani worldview, Christian Hausas in Northern Nigeria are a potential subversive force that threatens the established religious and political power of the Caliphate in Sokoto. In essence, the Christian Hausa community in Northern Nigeria is the antithesis of everything the Hausa-Fulani aristocratic arrangement stands for. It is for this reason that the Fulani especially have done everything possible on numerous occasions to subordinate, frustrate, persecute, and if necessary exterminate Hausa Christians, whenever the need has arisen.

Therefore, in the 21st century, if we are to understand Hausa-Fulani hegemony, the perennial problem of marauding Fulani herdsmen, and the pestilence of sporadic religious violence, we must come to terms with these uncomfortable facts in our nation’s history.

With the foregoing in mind, it is clear that –

Today, we are at a point in our co-existence where we have to ask really hard questions –

Ultimately, collective answers to these questions will determine where and how far we go as a nation. The paths we choose will unfold the ‘prophetic’ scenarios that eventually play out before our eyes.

Opinions aired on this page are neither endorsed nor sponsored by SIGNAL. The articles are strictly that of the writers only and do not represent the opinions of SIGNAL.